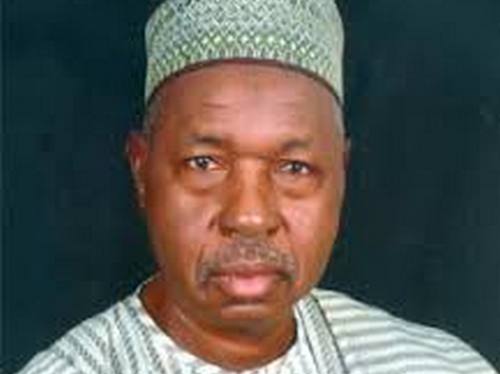 It is more than one week now since Premium Times carried a very shocking story in which the Katsina State Governor and one of the leading lights of the ruling All Progressives Congress (APC), Mr. Aminu Bello Masari, was accused of brazenly deploying a false claim to get his state included on the list of the 27 insolvent states that would require the federal bailout approved by President Muhammadu Buhari for the payment of arrears of salary owed to workers in those states. The governor had claimed that by the time he assumed office, workers in his state were being owed two months’ salary and due to the almost empty treasury he met on ground, he would not be able to settle the salary arrears unless he got the federal bailout.

The truth, however, as discovered by Premium Times, is that Katsina State “had no business being among the group of insolvent states in need of federal bailout to pay workers salary arrears. Katsina State civil servants as well as workers in the state’s 34 local governments received their full salaries and allowances up to May when Mr. Masari became governor.”

Now, in the absence of any form of refutation from Mr. Masari’s office to such a credibility-shattering report, one can safely assume that the governor had, indeed, told that horrendous lie and that he is only deploying the weapon of silence to allow the revolting scandal to quietly go away. What should even be more worrisome now is: if Governor Masari could unleash such a bare-faced lie to deceive the federal government into giving him an N11 billion bailout, how can anyone be sure that the money would not simply disappear into a black hole and he would quickly manufacture an even bigger lie to explain away its disappearance?

To qualify for the bailout, the Central Bank requires each governor to show evidence that he obtained the approval of the state house of assembly before filing a request. And to get this, Governor Masari wrote to the speaker of the Katsina State House of Assembly requesting the consent of the state lawmakers “for the State government to collaborate with the Central Bank of Nigeria for a Bail Out of outstanding workers’ salary in the State and Local governments.”

In the letter dated August 26, 2015 (Ref: S/SGKT/154/3) entitled, “Bailout on Outstanding Salary for Workers of the State and Local Governments,” Governor Masari wrote:

It becomes even more shocking when one notes that such a benumbing lie is coming from the governor of the home state of Nigeria’s anti-corruption president and one of the prime movers of the so-called “change” agenda. And as if to further expose Masari’s fraudulent agenda, both his own press secretary, Mr. Abdul Labaran, and the media aide to former Governor Ibrahim Shema, Mr. Oluwabusola Olawale, have confirmed that Katsina State was not owing any arrears of salary. Said Mr. Olawale:

“Throughout the tenure of Ibrahim Shema, workers’ salaries were paid latest on the 25th of every month. As at May both the state and local government salaries were paid on the 25th. So [Shema] left office without owing any worker any salary. So this news is strange to us. We don’t know what could have necessitated this letter…There is definitely no justification to ask for a bailout of two months’ salary.”

Now, is this a primitive conspiracy between the governor and the members of the Katsina State House of Assembly, or would the lawmakers also tell us that they were not aware that Masari had told them an atrocious lie? What exactly are these fellows planning to do with this eleven billion naira and why was it necessary to obtain the money through shameless deception? Are they planning to share the money among themselves, and tomorrow, when most people may have forgotten the finer details of what transpired, they can always claim (after, perhaps, destroying every evidence capable of contradicting their claim) that indeed two months’ salary were owed workers in Katsina and that the N11 billion was used to defray it? Now, what does this say about the genuineness of the APC mob which insults our intelligence daily with infantile claims about theirs being a party of angels who are in town to clear the huge mess created by their predecessors? In what language really do Mr. Aminu Bello Masari and his co-travellers understand the “change” being unceasingly chorused by their party?

Anyone familiar with Masari’s history of unwholesome controversies would, however, not be surprised at this latest development. He was the Speaker of the House of Representatives from 2003 to 2007 when he handed over to Patricia Foluke Etteh. As Ms. Etteh prepared to move into the speaker’s official residence vacated by Masari, she got herself embroiled in a N628 million house renovation contract scandal. The Idoko Panel constituted by the federal lawmakers to probe the scandal soon discovered that this same house was renovated twice during Masari’s tenure – N2.5 million was used to give it a facelift in 2003 while in 2006, a year before he left office, N16 million was spent for another renovation of the same house. It would be recalled that in 1999, four years before Masari assumed office, N5.28 million was spent on the renovation of the house, and there was no record of any further expenses on the house until Masari took over and renovated it twice in four years. The cost of these renovations may appear little by today’s standard, but we must hasten to remember that at the time Masari was speaker, N2.5 million or even much less (depending on who was building) would be quite sufficient to build and even furnish a beautiful three-bedroom bungalow.

The worst part of the story soon emerged when Etteh told the country that she required N238 million to renovate the house because it was horribly vandalized. Expectations were that Masari would have risen to challenge such a damaging insinuation, but his silence was louder than the din provoked in the House by Etteh’s scandal.

But that’s not the end of the Masari story. Late last year, after he emerged as the APC governorship candidate for Katsina State, Lagos lawyer, Mr. Festus Keyamo, wrote a petition on behalf of some APC stalwarts in the state to the national leadership of the party dated December 17, 2014. The letter contained the allegation that Masari had presented a forged certificate to the Independent National Electoral Commission (INEC). According to the petitioners, Masari’s claim that he obtained a postgraduate diploma in Water Quality Control and Management from Middlesex Polytechnic in the UK was false because the polytechnic, following some inquiries, had stated that no such course was offered by the institution in the year Masari claimed to have attended the school.

“We need not emphasise the need for your party that prides itself on the mantra of ‘change’ to depart from the tradition of other parties that have fielded questionable characters in the past. We are, therefore, calling on you to urgently substitute the said Aminu Bello Masari or conduct fresh primaries to fill the position,” the petitioners said through their lawyer.

Perhaps, because this particular case grew quickly and rose to become a potent threat to his ambition to rule Katsina, Masari decided to break what had all the while looked like his tradition of silence. In the Leadership newspaper of January 10, 2015, Masari put up the following defense:

“I was then a senior officer on Grade Level 10 and I was given the opportunity to go to Middlesex Polytechnic in London and study water quality control and management. So, for God’s sake, how come in 1982 that I had no idea that I would contest the governorship election after 32 years, I forged a certificate waiting for that day or even forged a certificate to contest the election in 1999, 17 years after?”

A clever answer indeed! But it is certainly not enough to bury this matter which somehow could not eventually stop him from emerging as the governor of Katsina State. Now, how can a British polytechnic award Masari a certificate without having any record of it in their archives and at a time the course he claimed to have studied was not even being offered by the school? Who said that it was only for election purposes that people forge certificates? What if someone had refused to attend a course approved for him by his employers but used some other means to procure an admission letter and a certificate bearing the name and logo of a particular institution to prove that he actually attended the course in order to claim all the benefits that go with the course? Exactly the same way Masari had allegedly written a letter claiming that his state owed salaries when the opposite was the case, in order to get a whopping N11 billion bailout which would most likely be mismanaged, because as the saying goes, “Whoever can lie to you can also steal from you”?

Of course, the APC had risen in stout defense of Masari on the certificate forgery matter. In a December 29, 2014, letter, the party’s National Legal Adviser, Mr. Muiz Banire, told Keyamo that the party’s National Working Committee has considered the allegations against Masari and could not find them “meritorious.” While thanking Keyamo for his effort, the party said that Masari’s nomination would not be reversed, that he remained their governorship candidate in Katsina State.

Now these questions remain: what was APC’s finding in the course of its own investigations? Did the UK institution eventually confirm to the party that Masari was once their student and that the course he claimed to have undertaken at the school in 1982 was actually offered there at that time? Or did they just hush the matter and pacified their outraged members to enable them treat the whole sordid matter as a “family affair” in the spirit of “change” and “anti-corruption”?

Unfortunately, the bailout scandal appears to be unwilling to die quietly like the others before it. The social media is awash with unmitigated outrage from Nigerians. And an anti-corruption group, the Civil Society Network Against Corruption (CSNAC), has taken the bold step to demand a thorough probe of Masari’s alleged fraudulent claim. As the controversy rages, decent Nigerians are waiting to see the outcome, whether the APC will muster the moral courage to use this particular case to rehabilitate its already badly battered image before Nigerians.

“From the foregoing, this is an alleged case of attempted fraud and corruption which the administration of President Buhari is working tirelessly to stem the tide. This action by a Governor of the president’s home state tends to cast a serious aspersion on the President’s anti-corruption drive,” CSNAC said in their letter to the Central Bank of Nigeria (CBN) which they urged to thoroughly investigate the claims presented by states to qualify for the bailout and do all within their powers to recover any fund already fraudulently obtained by any state.

In a decent democracy, the Masari affair should constitute a monumental embarrassment to any responsible political party which has laboured so hard to present itself as the new face of “change” and “integrity. But, sadly, since this sickening drama began to play out, nothing has been heard from the propaganda machine of the “most righteous” political party in the world. May be, they may have, once again, investigated Masari’s revolting lie, and as would be expected from a “party of saints,” found it overly “meritorious.”