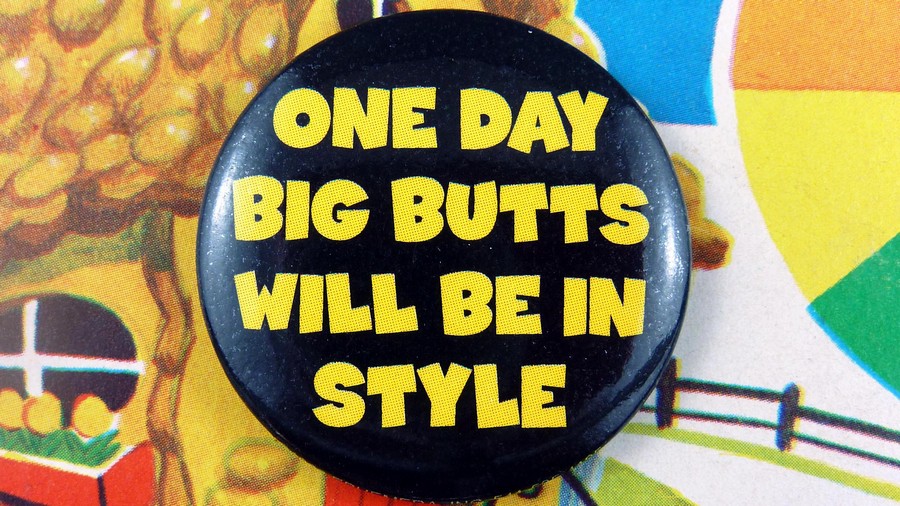 We have various names for it in Nigeria: ikebe; bum-bum; nyash; ‘assenal.’ This just shows you that buttocks matter.

Yes, buttocks matter, both to the guys and ladies. Both from the sexual and aesthetic POVs. An average Nigerian gent who tells me that in appraising a woman, especially one in whom he has a romantic interest, he does not factor in her ‘bakassi’ is being economical with the truth. Maybe because of cultural orientation which makes our women less inclined to be erotically vocal, most of the fairer sex will not openly admit that they have interest in the way men’s backsides are organized under their trousers. But they do, not necessarily because of sexual interest. But for us guys, erotic concern is tops. Looking good comes second. I think the reverse is for the babes. But it is not necessarily the case. The world is changing and the ladies are taking charge of what they want on the Egbema hills, if you know what I mean.

If your bedroom should become the paradise it ought to be, then the ikebe matter should be given serious thought. Do not confine your dirty imagination to the standard regions of erotic enjoyment in the body.   Consider these words of wisdom from pages 108-110 of ‘The Joy of Sex’ by Dr. Alex Comfort (1989 reprint): ‘… (The buttocks is a) Major erogenous zone in both sexes, less sensitive than breasts because they contain muscle as well as fat, and needing stronger stimulation (holding, kneading, slapping, or even harder beating…. Intercourse from behind is a pleasure in itself but for (the guys) be careful if she has a weak back. In any position the muscular movements of coitus stimulate the buttocks in both sexes, particularly if each holds the partner’s rear fairly tightly, one cheek in each hand. These extra sensations are well worth cultivating deliberately. Visually good buttocks are a turn-on almost equally for both sexes.’

What exactly are good buttocks? There may be no simple answer because preferences vary. From the male perspective, there is a wide range. The common myth is that the black African man, especially Nigerian, prefers big, bouncy ‘bakassi.’ But there are the small and well-rounded balls; the curvaceous rolls that lift tight female jeans to sensual heights; the well-proportioned; and the attention-catching flowing type. Even the so-called ‘slippers’ – flat and seemingly invisible – command some elegance if their owner packages them well. But in my opinion a guy should have something to hold on to when it matters. They need not be as big as Mount Everest but, to paraphrase the immortal playwright, Ola Rotimi, ‘enough to fill the hands.’

Our ladies are taking the ikebe matter to a dangerously serious level. Skip G-strings, inserted towels and other sexual paraphernalia. In ‘Sunday Sun’ March 29 edition, page 31, the article with the heading ‘Men in trouble! Women in mad rush for 5-star buttocks’ highlighted extreme measures Ghanaian ladies of all classes are taking to give their ‘assenals’ a lift. They are swallowing, rubbing, drinking and smearing all kinds of buttock-blowing enhancements. According to the report, one such bakassi-blaster called Bobaraba has a male equivalent because big ikebes need rock-solid male piercers to satisfy its owner. It is a syrup called Bazouka AK-47. The educated, upper class ones go for customized gadgets. Surgeons assist with non-carcinogenic polymers. Trust Nigerians to catch up and probably overtake Ghanaians soon.

Need one go overboard on the ikebe matter? Concoctions are scary, with unforeseen effects. Surgery is risky. Shysters cash in on desperate women. Maybe all we need is common sense. Balanced diet; exercise; the right clothes may help.

Last word for the guys: appreciate your partner’s behind. Hold them lovingly; compliment them and when they turn you on, say so. Then watch her roll her ikebe into the sunset with the sinful glory of a Bathsheba seducing David.