Marx borrowed a Christian doctrine and made it Socialist 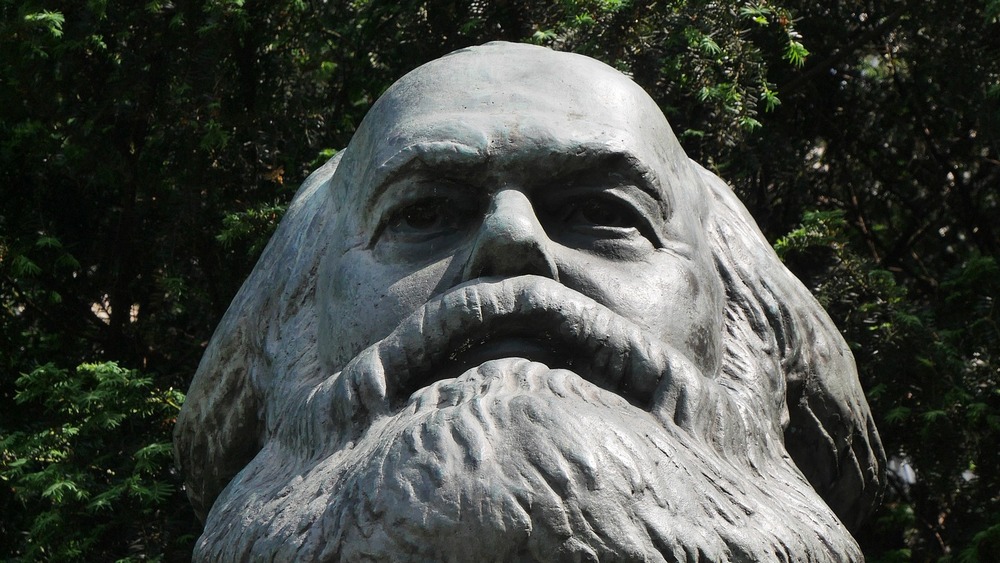 One of the things that astonished me when I came to study first in the “bible belt” was discovering that there were many self-proclaimed Christians who did not know the bible…except for a few motivational phrases amounting to no more than 500 words of scripture, in a bible with over 1.2 million words. I am not speaking specifically about any geographic location in the U.S. or disparaging the faith of others.

Personally, I chose Christianity as my “private” religion, but I believe in the objectiveness of data, and I honestly grapple with complexities of reconciling science with equivocal points regarding scripture, the modern world, history, and the controversial history of the Church and even arguments regarding the apocryphal works.

Being quite well versed in both scripture and Marx, I decided to test one of my favorite very Christian Professor’s knowledge, after all, at least a very educated Christian should know salient points that are not tangential to his beliefs and world view, right? My motivation was neither arrogance nor was it to disrespect a Professor I revere and I remain fond of, but to use him as a kind of barometer to deduce what my environment was like…stereotyping? If only you knew…

This is in consonance with an instruction given to the Jews under the great law giver, Moses, “there need be no poor people among you…” Deuteronomy 15: 4.

I am not a Marxist, but simply a student of history. I remember my History Professors emphasizing the use of history: By understanding the past, we understand the present, and can make informed predictions, judgments or decisions about the future. For instance, at a basic level, children learn from history: each time a child puts its finger on a hot iron, it knows its finger is scalded. The child can predict the future, from its experience: It will get scalded if it places its finger on a hot iron.

Karl Marx was one of the most brilliant thinkers of modern history. Extremely well read, he possessed an uncanny knack for analyzing society. Marx had degrees in History, Economics, Philosophy and Law, and was able to synthesize knowledge in his study of world systems. Known as the “Father of Socialism,” Karl Marx was able to expound on the bourgeoisie, because he was born into a bourgeois German Jewish family himself, and it helped that he was married into a wealthy and prominent aristocratic family in Europe – the family of Philips electronics. His wife Jenny von Westphalen was a direct descendant of King James I, of England: Yes, he commissioned the most famous King James Bible.

Furthermore, his best friend and collaborator, Friedrich Engels came from a wealthy industrial family in Germany. So, Marx wasn’t an outsider critiquing the bourgeoisie: he was a member of the class via which he observed the complex contradictions engendered in an exploitative system devoid of empathy. Marx possibly studied the Christian bible, as he reflected on another maxim regarding religion, claiming “religion is the opium of the masses.” This is another borrowed phrase of his, since it was used by another brilliant (though censored as diabolical) man in history, Niccolo Machiavelli in his seminal work, “The Prince.”

Machiavelli warned leaders not to take away the need of the masses for religion, but to shrewdly use religion to manipulate them, since it was the opium of the masses. A good Christian would not revolt against the oppression of a cruel leader, but would accept his fate as the will of God. And like the poor man, Lazarus in the bible, will wait for his reward in heaven.

Machiavelli lived 400 years before Marx, and was exiled, while the infamous book he wrote on statecraft was put on the Inquisition’s Index or list of prohibited books.

So now we are clear on this: “Redistribution,” is a Christian doctrine. The Christian bible certainly does not suggest that it promotes laziness. The generosity of the wealthy is commanded in the bible, because the wealthy are not supposed to bank on material possessions, but are to be reminded like Job that all they possess is from God, and can be taken away in a flash.

Thus, Job, once the richest man in the east, surrendered himself to his fate, when in one day he lost all his material possessions, declaring, “[t]he Lord gave and the Lord has taken away, may the name of the Lord be praised.” Job 1: 21

Jesus had a name for people, who claim to be one thing in their words, but their actions mean something totally different: hypocrites.

So, the next time a so-called Christian repudiates accessible healthcare and a social system that cares for the old and the needy, take it with a grain of salt, because according to Jesus, they just might be…