Here’s what will likely NOT happen: Nobody will reach for their phones to call an emergency number. They won’t do it or they can’t do it because there is no number to call. Where there are numbers to call, nobody knows them because they have never successfully used them. Abi, prior to reading this, did you know that 112 is Nigeria’s emergency number? Do you honestly believe you can get the police to respond to an active armed robbery when you call this number? Do you think fire-fighters will respond when you call this number? In fact, when was the last time you saw a fire engine or fire fighter building? Have you ever met anybody whose job it is to put out fires? Have you ever seen a police or medical helicopter responding to a ghastly motor accident on one of our highways? So, ask yourself: are you living in a village, town or city? Or are you living in a jungle?

What will likely happen if you are hit by a vehicle is this: The driver will flee the scene for fear of being mobbed. Bystanders will rush to your assistance. Completely untrained in first aid procedures, they will carry you digba-digba (no fault of theirs; they are just trying to help) away from the middle of the road or the gutter into which you have been thrown. In the process of carrying you, that cracked spine of yours will likely break. That broken rib bone will likely puncture your heart or liver. Or that cracked skull will cave in completely. Most assuredly, you will be on your way to dying…guaranteed to die if you don’t get proper medical attention soonest.

After the bystanders may have been turned down by countless motorists, one Good Samaritan will offer to help. But he will need one or two other volunteers to come along and vouch for his innocence at the police station in case police officers accuse him of being the driver that hit you. Your guess is as good as mine as to how long the plea takes before the bystanders get volunteers. They load you into the Good Samaritan’s car, probably in a sitting position, because people don’t normally drive around with stretchers looking for accident victims. You didn’t get any attempt at resuscitation at the scene of the accident – no pulse check, no CPR, no splints, no tourniquets. They just load you into the vehicle and prop you on both sides, bleeding away your life.

They get to the nearest hospital (most likely a private hospital) and there is no doctor on duty. The clerk at the front desk asks to see a police report before admitting you. The nurses will not touch you with a 10ft-pole until you pay. By the time you are taken to two other hospitals, you are as dead as dodo. And the Good Samaritans who helped you will have to spend a good chunk of their time explaining to the police how they were not the ones who knocked you down in the first place.

I went through the hypothetical situation above to highlight one or two things. You, the reader, have probably never thought about it before because it has never happened to you or to someone close to you…needing urgent medical attention. You probably have a university degree or two, perhaps even a PhD! You may have traveled abroad once or twice…to countries that have functioning emergency response systems, perhaps even lived there! But in Nigeria, the fact that you are left to die like a dog…worse than a dog in some countries…due to prehistoric savagery of your leaders does not bother you? Go ahead and substitute being knocked down by a car with any other emergency or serious medical condition in Nigeria – a bad accident on the highway, a cardiac arrest, a sickle cell crisis moment, a breech birth, a poisonous snake bite, a drug overdose – and ask yourself if you stand any reasonable chance of making it. Anything…anything that requires you to get care immediately; if it happens to you in Nigeria, you are likely to die. And it does not matter whether you have money or not.

Lord knows I will not join the ranks of those denigrating us by calling our country “Shithole”. But I will ask how you describe a country the size of Nigeria – with the kind of money we are making on oil, shipping and other areas, with the number of PhDs, the number of billionaires, the number of well-traveled, highly-sophisticated men and women, and with a “progressive unionist” medical professor as Minister of Health – which can’t establish an effective medical emergency response system. I will question the usefulness of a health minister who trained as a pediatrician and later became an Obstetrics and Gynecology (OB-GYN) professor when infants die (many at birth and at such an alarming rate) and when women die so frequently from complications from childbirth. I will ask Professor Isaac Adewole what he has contributed to Nigeria’s healthcare delivery system since being appointed minister of health. We have lately started to question Buhari’s preference for appointing people from the north to important posts. I get that. I have questioned him too. But what have those appointed southerners contributed to Nigeria since their appointment? What, substantively, has Professor Adewole contributed that any other Nigerian, from wherever in Nigeria, could not have contributed even without a scintilla of experience in the medical field? What has the commissioner of health in your state done to improve healthcare delivery in your state?

Nigerians are dying too often from ailments that are routinely treated or managed in other parts of the world. You don’t even have to get to a Western country to experience what I am talking about. With all the brains that we have, our people are flocking (yes…flocking…because the numbers are mind-boggling) to places like India for cancer treatments. And truth be told, nobody I knew who went to India survived the ailments. Their lives were only just extended a few more months or years. This is probably because they had waited too long while being misdiagnosed and mistreated in Nigeria. Let somebody tell me where in Nigeria today anybody could get real chemotherapy treatment for cancer even if they have the money to pay for it.

It used to be that the rich among us only sent their children to private universities in Ghana; now, they and their family members are going to Ghana for medical care that Nigeria cannot provide. (Please, let no Nigeria-based doctor try to debunk my assertion. Some of these people I know personally.) Nigerians are flocking to Rwanda! When was it that Rwanda went through a harrowing genocidal war? 1994. But today, when our doctors can’t handle a case, they refer their patients to Rwanda.

So, you see, when someone…a non-Nigerian…refers to Nigeria as a “Shithole country”, be like me; go ahead and get mad at that person in public for denigrating your country. But when you get home…in the privacy of your conscience…ask yourself if the entire leadership of your country has not been stricken dumb, mute and blind.

If your answer is “Yes”, then don’t just fold your hands akimbo. Do something about it. Begin the process of replacing that leadership with one that is full of vigor and vitality; that is brimming with ideas and infused with the zeal to serve you. Look around for people…candidates…that will put ethnicity, tribe and region aside and work for the generality of Nigerians. Look around for candidates that understand issues you about which you care and can proffer solutions to them, no matter how imperfect. I know it is easier said than done because corrupt, nepotistic, ethnocentric, lame, obtuse and enervated leaders don’t carry the stamp on their foreheads. But do your own due diligence of eschewing religious followership and subservience to pseudo-icons and pretentious messiahs. Jettison useless sloganeering devoid of concrete steps that will take you to your desired El Dorado, no matter how tortuous the journey would be. Reject palliative measures that just postpone the hard work that needs to be done.

And if you can’t find such leaders, roll up your sleeves and throw your hat in the ring. If you are a professional who thinks you can do better than those appointed, get into politics and line yourself up with the possibility of being appointed to actualize your ideas. Those appointed over you running around ruining your life are (usually) those who helped elect the Governor or President. They are the ones who participated in those long meetings strategizing late into the night and those long drives over horrendous roads to god-forsaken parts of yours state and country to campaign. You can’t sit at home and expect to be called upon to serve when you have not toiled with the eventual winner. No, we all are not going to be politicians. If you are truly not cut out for politics, then you should be cut out for voting. So, go get your voter’s card right now. If you don’t have a voter’s card but you have the wherewithal to read and understand this, you are not only useless to Nigeria, you are useless to yourself. You are one of the people dragging us down. 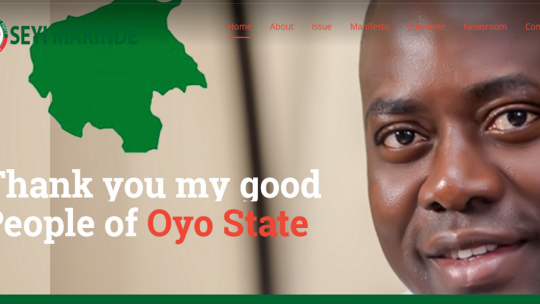 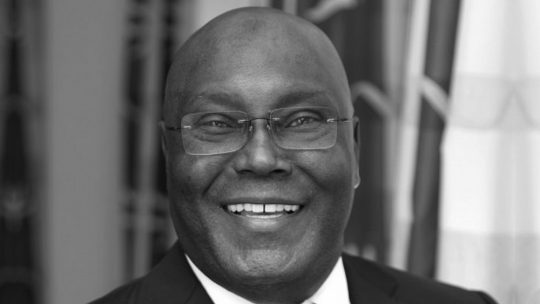 Yes, It’s All About Atiku

“This is not about Atiku Abubakar. It is about democracy, rule of law and the future of Nigeria. Let no one be deceived about the ultimate objective...