Mike Adenuga: ‘The Inspirer’ at 54

When people are invited to a birthday celebration, one common song that is always sung is “Happy Birthday To You…” But a birthday is beyond just the celebration of life. It is beyond the celebration of riches, food, drinks, achievements and what have you. ‘Birthday’ ought to be when, not only the celebrant but anyone in attendance, is supposed to reflect on his or her life, make restitutions and additions.

Son of an astute trader, Late Ma Oyinkansola Adenuga, Michael Adeniyi Ishola Adenuga has turned 54. He is a man with parallel art for Business. He sees business where others do not.

His creativity for making money could be traced to have started in the United States as a student of the Northwestern State University, Alva, Oklahoma and the Pace University, New York where he studied Business Administration with pedigree in marketing.

As a student in the university, the now revered Mike did part-time jobs, of which taxi driving was among, to sustain himself.

If the chairman of Globacom, today, was once a taxi-driver, one of the neglected jobs so far, it should be an inspiration to people mainly the youths who are with a view of making riches on the platter of gold. 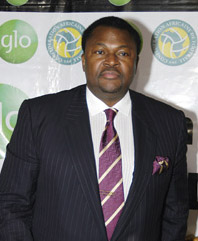 Mike Adenuga has won numerous awards locally and internationally in the business world. As also a philanthropist, the President of Ghana, John Kufor described him as a pride to Africa and a beacon of hope to the continent.

There are great lessons that could be learnt from Mike Adenuga, the inspirer. Most especially is the Globacom’s new debut: “Rule Your World”. 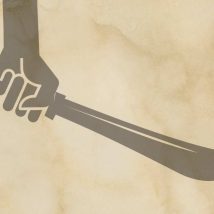