Musings on the State of Biafra 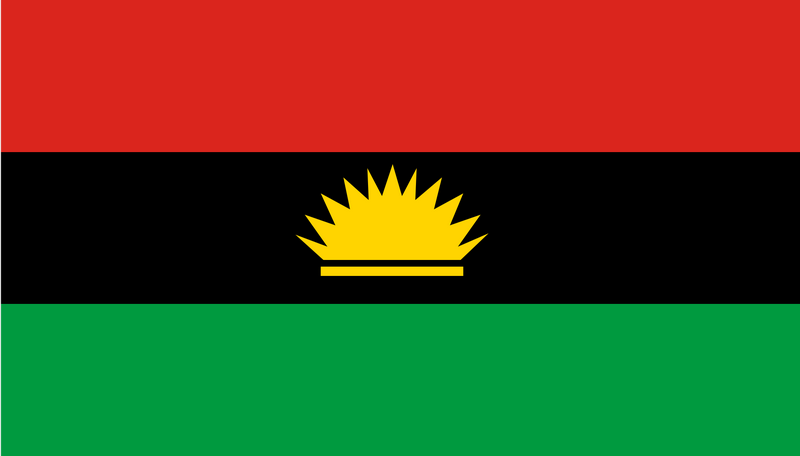 The agitation for the state of Biafra has been a struggle that is not alien to Nigeria. Many of us that were not born when the Nigerian civil war was fought or the events that preceded the war happened may not really understand the gravity of the war in the lives of those who partook or witnessed it.

The Nigerian Civil war also known as the Biafran war which lasted over a period of 30 months, July 6th, 1967-January 15th, 1970 was a war fought to counter the secession of Biafra from Nigeria. Though the war was declared no victor, no vanquished, it was a disastrous war to the people of Eastern Nigeria and till date the agitation for the creation of Biafran state has become a lingering issue in our polity.

I must commend the pioneers of this movement for their resilience and doggedness in pursuit of the creation of Biafran state, considering the level of disparity that was in existence in the first Republic which not only reduced the people of South-eastern Nigeria to second class citizens but also led to the deaths of thousands of Igbos resident in other parts of Nigeria.

It’s been more than 40 years since the end of the civil war and the Igbos of South-eastern Nigeria have been able to rise, occupy and control the economies of most of those regions they lost during the civil war with little or no support from the government. They lost everything and gained everything.

If the people of South-eastern Nigeria had waited till the creation of Biafran state before thinking of achieving all they have achieved, what would have been their faith by now?

So many leaders have spare headed this Biafran movement in the past, some dropped the vision along the line, others lost focus or became compromised.

The agitation for the creation of state of Biafra has commenced again with one Mr. Nnamdi Kalu as it’s leader. In order to reach it’s followers, radio Biafra has been revived and it’s frequency upgraded for easy access to information. The 24 hours radio station has been running for only God knows when. After a die hard supporter of the movement had intimated me about radio Biafra early last month, I tuned my radio to it’s frequency and Nnamdi Kalu was the anchor. He blamed Igbo leaders for not supporting the Biafran movement and also accused Igbo politicians of sabotaging their efforts so far.

I had hardly sat down to listen to the radio programme when the anchor’s language deteriorated and included every profanity on his lips. Gov. Rochas Okorocha wasn’t spared at all. He kept on reminding his listeners that “Okorohausa” (the name he used to refer Gov. Rochas Okorocha) is not an Igbo man but an Hausa first son on a mission to Igbo land with Northern agenda. I was disenchanted over such misleading statements and the best I could do was to switch off the radio.

My second encounter with the radio Biafra was late last month in a public transport, the anchor, Nnamdi Kalu had urged all through sons of Biafra to come back home to Aba, Abia state May 30th in commemoration of Biafran day. Someone called in and asked if they should come armed in case of any resistance from the Nigerian police, he said and I quote: “it’s not yet time for war, when it’s time, we will come out for war, I know Biafran forces will win the battle against Nigerian security forces when the need arises, we are fully prepared, waiting for the right order”. I was again stunned over such inflammatory comments.

Truth must be told, nobody does same thing same way and expect different results, over the years it has always been a particular pattern, gather their supporters at Onitsha, Aba, Owerri and Enugu and start processions or demonstrations, after that they go home but not without casualties.

How will such gatherings lead to creation of Biafran state? Biafran leaders are yet to convince United Nations General Assembly to carryout a referendum in the South-east region to ascertain if they want to secede or not, yet Biafran leaders and it’s supporters are already convinced that an Independent Biafra is in the offing.

One of the disadvantages of such false hope about this Biafran issue is that the time our youths would have used in investing in something meaningful is being used to listen to Biafran radio.Very sad!

An unemployed friend told me proudly that he’s no longer a Nigerian and not interested in searching for a job in Nigeria, before the end of 2015 Biafran state will be a dream come true and he will just go and join Biafran army. Many of our youths reasons like my friend, argue with a Biafran supporter and you will realize how disconnected they have become with the harsh realities of life.

Radio Biafra has done more harm than good to our youths, they have been convinced to get ready to lay down their lives for the Biafran course if that’s the only way the Biafran state can be actualized.

There’s this Igbo proverb that says, nwata hu ebe egboro ogu, ogu a ana agu ya: if a child witnesses a fight in which the opponents are separated, the child would want to fight in the future. One who has not experienced a thing does not know what it is.

I can forgive my father’s generation who witnessed the civil war agitating for the state of Biafra but not the youths of today, what’s their reason? I wonder the kind of example Nnamdi Kalu is setting for the younger generation, to rise up against constituted authorities?

When a particular government does not favour few individuals’ interest, the agitation for the movement would commence, where were Biafran leaders when former president, Jonathan held sway? Now that a Northerner has been elected the president of Nigeria against their preferred choice, Biafran state has become a mission that must be accomplished.

What have Biafran leaders done for the South-eastern region so far to convince them about this movement? As far as am concerned, Biafran leaders are not better than politicians, atleast politicians have provisions for stomach infrastructure.

The earlier we realize this movement has outlived it’s usefulness the better for us all. The agitation has done more harm than good. With such memories of the Biafran civil war, the South-eastern region will never see reasons why this nation should remain a united entity.

Nigeria belongs to nobody but everyone, South-east inclusive.