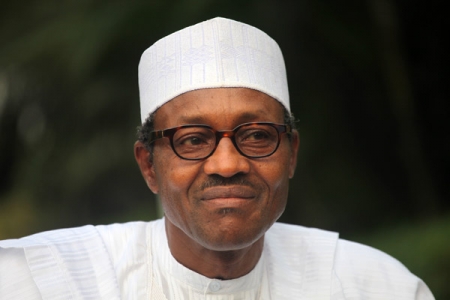 President Muhammadu Buhari and Vice-President Yemi Osinbajo are being held to their campaign promise to declare their assets in public. As I do not consider that call as useful as the need to strengthen the institution or agency entrusted with the responsibility to receive and verify their declarations – so as to make it live to its calling, I will underplay that call, and highlight the more pertinent and crucial issues in the declaration of assets by the President, the Vice-President and indeed all public officers. This is so because if they make their declarations public while the Bureau of Public Conduct (BPC), the Economic and Financial Crimes Commission (EFCC), the Corrupt Practices and other Related Offences (ICPC) remain as dysfunctional as they are, the fight against corruption, which the declarations are meant to reinforce, will continue to be weak and ineffectual. The efforts here are therefore meant to bring closer home what the declaration of assets is all about and what it is meant to achieve.

The constitution of the Federal Republic of Nigeria, 1999, as amended(the Constitution) requires public officers to declare their assets and liabilities in the manner prescribed by the same Constitution. For instance, Sections 140 (1) and 142 (2) of the Constitution respectively require persons elected to the offices of President and Vice-President to declare their assets and liabilities before they begin to perform the functions of those offices. In particular, Section 140(1) provides that:

Although as couched, Section 140 (1), which also applies to the person elected as Vice-President by virtue of Section 142, gives the impression that the elected persons must declare their assets and liabilities first and thereafter take and subscribe the Oath of Allegiance and the Oath of Office prescribed in the Seventh Schedule to the Constitution, the sequence is not as material as the mandatory requirement to declare their assets and liabilities before the commencement of the performance of the functions of their respective offices. This is so because the provisions of Section 140(1) are remarkably different form the provisions of Sections 149 and 152 concerning Ministers and Special Advisers respectively. Section 149, which has the same content as Section 152, provides that:

A minister of the Government of the Federation shall not enter upon the duties of his office, unless he has declared his assets and liabilities as prescribed in this Constitution and has subsequently taken and subscribed the Oath of Allegiance and the Oath for the due execution of the duties of his office prescribed in the Seventh Schedule to this Constitution.

The provisions concerning the declaration of assets and liabilities by members of the National Assembly have their unique features. Section 52 of the Constitution provides as follows:

Clearly therefore, the membership of the National Assembly comes after the declaration of Assets and liabilities but before the taking of the Oaths. The Constitution is however silent on when a member is supposed to take the oath though it may be implied that the refusal to take the Oaths may lead to disqualification or declaration of the member’s seat vacant.

Declaration of assets and liabilities has been identified as a tool to prevent corruption and conflict of interest, besides wealth control and monitoring. Although their effectiveness in curbing corruption may be difficult to gauge, many studies have shown that asset declaration systems can increase transparency and citizens’ confidence in public administration, and assist crime-prevention agencies to monitor wealth variations between when public officers assume office and when they leave office. While efforts in democratizing the electoral process in the country are yielding concrete benefits, there is the need to entrench public accountability in governance. Studies have shown that accountability, transparency and integrity of public administration are necessary blocks for building self-sustaining democratic nations.

Although the trend is gaining global acceptance, the procedures of the declarations are not uniform across the continents. Whereas the laws of some countries require such declarations to be made public; others allow the officers two options – to make the declarations in public or have them authenticated by a notary public; while others simply require that they be published in Gazettes or newspapers. Countries like Argentina establish electronic platforms for such declarations. Other countries, like Nigeria, require affected public officers to submit written declarations to public agencies that are established to receive and verify the declarations, enforce compliance with the declaration requirements or sanction non-compliance and corruption. In Nigeria, the body in question is the Code of Conduct Bureau (CCB), established under Section 153 of the 1999 Constitution of the Federal Republic of Nigeria (as amended). In a word, the modes of declarations vary from country to country. In all cases, however, public access to the declarations is guaranteed and complaints from the public are welcome. In some countries, however, the rules for the access to such information by the media are different from those for the general public – because of efforts geared towards striking a balance between the fundamental right to privacy and the public’s need to know.

Whereas in some countries the manner of declaration is prescribed by anti-corruption or Ethics laws, in Nigeria, as noted earlier, it is regulated by the Constitution. Owing to the rigidity of the Constitution or the rigours involved in amending it, the entrenchment of the provisions for declarations in the Constitution restricts innovation, and slows down response time to public needs regarding what to be declared by public officers and the procedure for declarations. The pervasiveness of corruption and its effect on public trust in governance have engendered a loud call for declarations to be made public. Whereas it may be futile to indulge in speculations of what constitute “public” in this regard or on the merits of such public declarations, it may do good to revisit the law as it concerns the declaration of assets and liabilities by public officers in Nigeria.

The Code of Conduct Bureau (the Bureau) is the first of the fourteen Federal Executive bodies established under section 153 of the Constitution. The aims and objectives of the Bureau, as stated under the 1989 Act, are to establish and maintain a high standard of morality in the conduct of government business and to ensure that the actions and behaviour of public officers conform to the highest standards of public morality and accountability. Such aims and objectives are omitted in the Constitution for the obvious reason that the Constitution does not set moral standards, but enforceable duties and responsibilities.

Public officers are not only required to declare their assets and liabilities in the manner prescribed by the Constitution; but they are also forbidden from putting themselves in positions where their personal interests conflict with their duties and responsibilities (see paragraph 1 of the Fifth Schedule to the Constitution). Public officers are also prohibited from (a) receiving or be paid the emoluments of any public office at the same time as he receives or is paid the emoluments of any other public office; or (b) except where he is not employed on full time basis, engage or participate in the management or running of any private business, profession or trade, but nothing shall prevent such a public officer from engaging in farming (see Paragraph 2 of the Fifth Schedule to the Constitution). The President, Vice-President, Governor, Deputy Governor, Ministers of the Government of the Federation and Commissioners of the Governments of the States, members of the National Assembly and of the Houses of Assembly of the States, and such other public officers or persons as the National Assembly may by law prescribe shall not maintain or operate a bank account in any country outside Nigeria (see paragraph 3). Some provisions also forbid retired public officers to accept more than one remunerative position from a company owned or controlled by the government or a public authority while receiving pension from public funds (see Paragraph 4). The President, Vice-President, Chief Justice of the Federation, Governor and Deputy Governor of a State are prohibited from service or employment in foreign companies or foreign enterprises (see Paragraph 5). Public officers are also prohibited from accepting gifts or benefits in kind described under Paragraph 6 of the Fifth Schedule to the Constitution. Paragraphs 7 and 8 also feature a list of prohibitions for certain kind of public officers, including the President, Vice-President, Governors, Deputy Governors or Permanent Secretaries, heads of public corporations, universities concerning loans, gifts or benefits.

One provision that many might have overlooked,though very potent in protecting an individual, is Paragraph 9 of the Fifth Schedule to Constitution which provides that:A public official shall not do or direct to be done, in abuse of his office, any arbitrary act prejudicial to the rights of any other person knowing that such act is unlawful or contrary to any governmental policy.

Any allegation that a public officer has committed a breach of – or has not complied with the provisions of – the Code shall be made to the Bureau which has the exclusive jurisdiction to try such allegations through its Code of Conduct Tribunal (see Paragraphs 12 and 15 of the Fifth Schedule to the Constitution).

The consequences of a conviction by the Code of Conduct Tribunal are more ominous than can be imagined by the generality of the public. The punishments specified under Paragraph 18 of the Fifth Schedule to Constitution include vacation of office or seat in any legislative house; disqualification from members of a legislative house, and from holding of any public office for a period of ten years; seizure and forfeiture to the State of any property acquired in abuse or corruption of office.