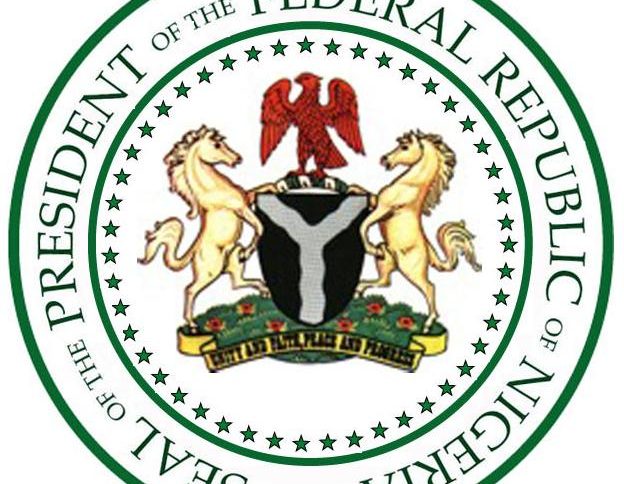 Recently, President Muhammadu Buhari declined assent to the amended Electoral Act, as passed by the Saraki-led National Assembly. The President gave enough reasons for withholding his assent and has communicated these to the National Assembly. This should put a closure to this issue and set the National Assembly to restart work on the bill if they are ruled by altruistic intents. There is no big deal about it. But the PDP wing of the National Assembly is not letting go. It obviously built a lot of self-interest to the act such that it had been breathing fire and brimstone since the President did his constitutionally enshrined rightful duty of declining assent to a bill that is not only riddled with many errors but being indecently pushed by those who deign it a life line in their desperate efforts to spring electoral victory in the election that is less than two months away.

The PDP and its allied partners have gone ahead to threaten to override the President’s veto, which is the lawful right of the legislature but how the PDP, which is a minority party plans to mobilse the two-third legislative majority to override the veto is still a mirage. Let us recall that for some time now and prior to the National Assembly passage of the amended Electoral Act, there have been overt and subtle threats and projections by the PDP based on the provisions of the act. Again, it is alleged that PDP and its presidential candidate have procured the services of an American lobbyist with an alleged notorious reputation to hack into election results with the hope that the curious provision in the amended act that election results will not be counted at the poling units but transmitted electronically to a national base will afford him the opportunity to hack up a PDP victory in the 2019 election.  For this, the PDP had betrayed a worrying anxiety and desperation to have the President willy-nilly assent to the bill before he eventually declined assent.

These and many more must have informed the President and his advisers to take more than a cursory look into the bill and its provisions and in rejecting it, the President pointed out several shortfalls in the bill, the several editorial mistakes and most importantly, the fact that it is too close to an election to procure new rules which will certainly interrupt an election process that is 80% completed. A sober and objective National Assembly that is ruled by patriotic intents would have taken these in and gone back to the drawing board. But not so with the PDP wing of the National Assembly who have been the prime promoters of this bill and who certainly must have invested so much hope in this bill to arrest what is seen as their declining electoral fortunes leading to a decisive general election it had invested so much sentiments into. In its reaction to the presidential decision, PDP and its allies have threaded the foolhardy path of threatening to override the President’s withholding of assent and have mobilized so much negative passion towards heckling the president to reverse his decision. In doing this, PDP is certainly oblivious of its weaknesses which is that it is a minority party that recently lost power for its many seedy records and more importantly for the kind of electoral malfeasances it wrought in its 16 years in power. Its readiness to adopt sabre rattling and threats as well as blackmail to force its way through merely exposed its embarrassing inadequacies outside power and more than anything, advertises its inherent weaknesses as a party that lives in the shell of its past strength. By now, PDP knows it takes more than these empty grandstanding to move President Buhari to do what he rightly believes is an impediment to the nation’s interest.

But let us face the fact. How possible is it to arrest an election process this is nearly completed so as to ram through new electoral processes that have not even been tested before now? How possible is it that we will stop a baby at its eight months and restart the process of making a new baby that would be delivered in the same ninth month? How possible is it to stop an election that is nearly completed and start implementing new provisions that are in the new act? How possible is it to complete the present election with brand new acts that were not there at the start of the election process? All these posers go to highlight President Buhari’s reservation while withholding assent to the bill to the effect that the amendment is too close to an election and is not implementable in the very short period left before the 2019 election. In even doing this, President Buhari was re-echoing an ECOWAS protocol ratified by PDP’s own former President Obasanjo which states that no amendment or alterations should be made to an electoral law in any member nation six months before an election. Our legislature which is a member of ECOWAS parliament, should know about this protocol but from all possible indications, those who are spitting fire over the President’s rejection of the amended act are doing so on the belief that such silly acts will force the President to revisit what is certainly a closed and concluded matter. Thank God, we have a President that suffers such vain efforts patiently!

Now let’s go down to two provisions in the amended electoral act to show that even the hullaballoo over the presidential withholding of assent are needless exercises that are made to grandstand and not to advance our electoral system. One is the provisions of electronic transmission of election outcome and the other is the provision in the act that candidates for every elective office under this amended act must emerge through direct primaries.

On the first, how possible is it to ignore the practical need to count and announce results at each polling unit, document and distribute same  and rather transmit uncounted and undeclared results to one national data base? How possible is this without reliable electronic data base and of course workable internet services that will connect the close to 200,000 polling units in Nigeria? How possible is it to install this equipment between now and February? Who will man this portal and has the requisite personnel been trained for this? Above all, who will fund this certainly expensive project and with election barely a month and half off, when will these be put in place, test run and passed for implementation in the coming general election?

On the provision of direct primary as mode of candidate selection, what will happen if President Buhari had assented to that act when candidates of the parties have emerged through other means except APC candidates that went through direct primary? Would the election have been halted so that parties will revert to the drawing board so as to meet the new provisions? Most importantly, for an impending election that has achieved 80% completion, would Nigeria have started anew to reflect the provisions of the new electoral act or would we have tried to strike symbiotic accord between the existing and new electoral acts? What of the legal impediments that will ensue in this confusion? Are these charred scenarios the intendment of those that are threatening hell should President Buhari not assent to the amended electoral act? We need clear and concise answers to these by those that are stoking needless partisan hell over the fact that President Buhari withheld assent to a bill that is being driven in totally bad faith and mischievous intent.

So with the benefit of these posers and of course, the reservations President Buhari has officially communicated to the National Assembly, it is certain that the dust the PDP and its allies are raising over the presidential veto to the new electoral bill is an obnoxious intent to blackmail the President and his party and nothing more. There is no need repeating the fact that PDP is impotent to carry out its threat to override the President on this. It is certain that its allies who have joined its dubious omnibus to raise hoopla over the veto are acting purely on the whims of their collective inability to steal in a dubious goal at the tail end of the match for telling President Buhari to sign this amended act at this stage of our national election is the same as stopping a football match in the 85th minute and re-introducing new rules the losing team feels will buoy their waning chances. No reasonable President will allow his country to be run on the convenient whims, idiosyncrasies and intrigues of a desperate opposition for that is what the PDP and its cohorts intend to do with the amended electoral bill. We have been running elections on the existing electoral act for the 16 years the PDP was in power. Now displaying a desperate wish to force through its reversal because of the fear that the measure they fully used for 16 years will be visited on them, will not move a responsible President as Buhari to accede to PDP’s blackmail.

So, let the PDP and its allies drop their needless heckling over the electoral act veto for it is irretrievably lost. If they have the numbers, as they have boasted, they should simply veto the President and stop ranting about like scorned blackmailers. The President has done his constitutional duty and moved on. It is for the in-coming legislature to carry out any amendments to the electoral act, if need be. If the President assents to it, there will be need to test run and prepare the provisions with isolated elections and procure the necessary support equipment to make the provisions work before they could be launched in a general election. That is why it is important that such amendments do not target an election that is just by the corner and the advantages the promoters of such amendment expect to curry from it. 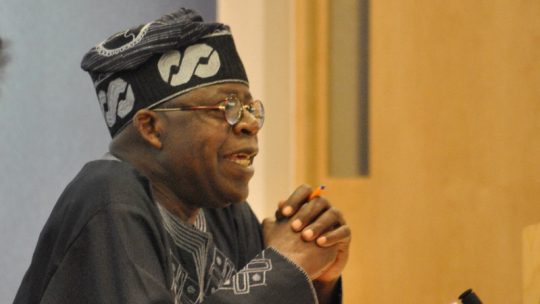 Whichever way the reported faceoff between Governor Akinwunmi Ambode, the Governor of Lagos and one of his predecessors and National Leader of APC...