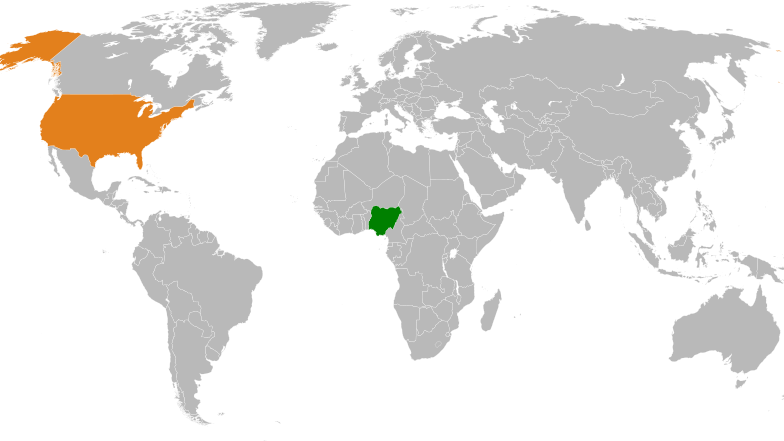 On October 1,1960, Nigeria became an independent, sovereign state and the 99th member-state of  the United Nations Organization. Shortly after, we entered into diplomatic relations with the United States of America, universally acknowledged as a superpower, in world geo-politics.

Anti-racism, anti-apartheid speeches by radical African Leaders like Dr. Kwame Nkrumah of, Ahmed Sekou Toure of Guinea, Modibo Keita of Mali, Siaka Stevens of Sierra Leone, Muktar Ould Dada of Mauritania, Patrice Lumumba of the Congo Léopoldville (now Kinshasa) made speeches that radicalized the African-American civil rights movement inexorably. Nigerian diplomacy was under the yoke and tutelage of the neo-colonial and manipulations of Nigeria.

Although Nigeria had become a sovereign, independent state, our Foreign Ministry and defence were in the hands of

Peter Stallard, until the students of the University of Ibadan, armed with patriotism and relevant KNOWLEDGE campaigned that PETER STALLARD MUST GO!

After the exit of Peter Stallard, Nigeria-US relations picked up and gained acceleration in the right direction. US academic degrees became recognized, Nigerian students trooped to study in America, American cars like  Impala, Dodge, Studebaker, Ford Mustang and the old Chevy and other gas-guzzling cars  hit Nigerian roads, which were well-maintained Nigerian roads by the Nigerian Public Works Department, unlike our modern, suit-wearing engineers who contracted  out even small jobs for billions. They are the wreckers of the Republic, who still want CONTINUITY!

The Nigerian-US diplomatic relations suffered set-backs after the Ford Administration showed dislike for the Murtala Mohammed Administration and evidently did something about it. Also, the scandal-loving American press and the psychic arrogance of the American upper class, which mans American diplomacy, used denigrating hyperboles in their conduct, to the tacit annoyance of the Nigerian side.

The way the American press reports African affairs seems to have a put-off effect and is not objectively informative.

From the curious questions most Americans ask about Africa, one is always surprised and  amazed. Major American news media, up to yesterday only report negative events about Africa.

This is surely the wrong way to foster diplomatic relations and promote universal brotherhood.

Until the Chinese Government donated a whole TV station that broadcasts from Kenya, many Americans did not understand that Africa is the next international gold mine.

Belatedly, the American business community is marching in only to express surprise at Chinese dexterity.

As the new Nigerian President Buhari visits next week, vestiges of the old diplomatic attitudes must be swept away. We are concerned about the rising tide of racial hatred, xenophobia, gun battles, drug abuse, and same-sex marriages. All these seem to portend danger and create the impression of a nation crumbling from within.

The relevance and value of American history helped shape the modern world’s notion of democracy, the rule of law, solidarity and fairness.

The dollar thrives with the inscription IN GOD WE TRUST. Suddenly, God’s adoration through prayers and supplications were prohibited in schools. God’s plan of procreation has been sabotaged by mortal Supreme court Justices. We remember Sodom and Gomorrah, Nineveh. ISIAH 24 about Coming Judgment of the Earth and this is the Era of the Gentiles and the polluting influence of the agents of the anti-Christ.

Unlike the geo-political image of the American administrations, the ordinary American person is kind, considerate, helpful and humane. I saw this in 1991-2, when I taught Human Rights Law  at the University of Michigan at Ann Arbor, USA and during stay at Houston’s Four Seasons Hotel.

The AZATA/NEPU Party of honest, patriotic and thinking Nigerian men and women salute  the US Government for the promise to assist Nigeria recover her looted funds.

By so doing new APC operatives and old political vultures, who cannot rule over their greed and avarice and are anxiously perching on the rooftop of the   Central Bank of Nigeria, waiting for their turn to loot.

The tide has turned. Something new has been put in place by God, the Father. The evil that men and women do, no longer lives after them but it lives with them in the here and now.

For God is not mocked what nations and peoples sow they shall reap.