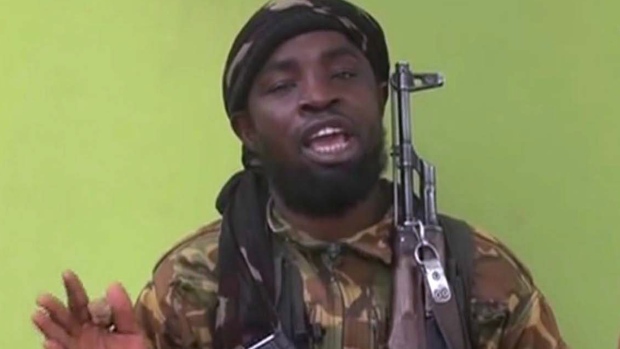 The large number of Internally Displaced Persons (IDPs) occasioned by the Boko Haram scourge in the North East of Nigeria represents to most Nigerians their only knowledge of IDPs and IDP situations in the country. To those who are from, or live in the East or South South, such knowledge is faint and only came about from information casually gleaned from online blogs, newspapers, and sometimes from social networks. Reactions to such information are to a large extent like the proverbial feeling that an outsider has when the corpse of somebody distant passes him/her on the way. Such a corpse is looked at with the same level of feeling and attention one shows to a bunch of firewood. This feeling is underlined by a false sense of security and comfort buoyed by the belief that the circumstances which led to the IDP situation in North East Nigeria cannot be replicated in the southern part of Nigeria.

Personally, I also never gave the issue of Internally Displaced Persons a second thought. My indifference was hinged on inadequate information and my belief that there was no need to be worried about it. All this was to change when I was invited by the Nigeria Stability and Reconciliation sponsored “Women in Peace and Security Network” to a roundtable discussion on the issue of IDPs in Rivers State. I went to that meeting thinking ‘Since they must talk about things that are irrelevant to Rivers State, let me go there and remind them that there are more pressing issues to attend to instead of wasting time on shadow-chasing’. How wrong I was! I left that meeting fully aware that none of us is safe. For while we think that war, terrorism, or other forms of violent conflict are the only possible causes of displacement of people in Nigeria, the issues are deeper than that.

For instance, people can be displaced due to environmental factors which are indeed just a hairsbreadth away at all times, within the Niger Delta. Gas flaring, and other forms of environmental degradation acts can lead to climate change that will affect the sea level and ultimately lead to floods(this was experienced in high magnitude in 2012 in several parts of the country). There are also the issues of oil spillage, communal clashes, cultism, developmental projects etc that could lead to displacement.

No matter how you look at it, one way or the other, we all stand at the risk of being displaced. If it is not caused by environmental forces that lead to disaster, it could be caused by violent conflicts, development projects engaged in by government or its agencies, or simply by economic forces. Which brings up the question of our level of preparedness, seeing as we daily sit at the brink of being displaced. Amazingly, despite the extreme threat of displacement, little or no attention has been given to this issue. Emergency response agencies such as NEMA (National Emergency Management Agency) and SEMA (State Emergency Management Agency) are underfunded, ill-equipped, with most of their staff not trained to respond responsibly to possible disaster situations or to manage IDP camps. Furthermore, the structures in our IDP camps are deplorable, security almost non-existent, while human rights abuses are wanton. Women and girls are abused sexually and otherwise and healthcare facilities are pathetic and sometimes even non-existent. There is also the nagging issue of the stigmatization of Internally Displaced Persons, and the host communities’ ill-treatment of them.

What all these say is that Nigeria as a country has not paid enough attention to the issue of displacement. Paying enough attention demands that we are proactive instead of reactive. The proper disaster management structures should be put in place and well managed; the rights of displaced people need to be upheld; our people need to be sensitized on possible causes of displacement, and encouraged to do their best to prevent the preventable ones; and the government needs to step up to its responsibility of protecting and providing for displaced persons.

One of the most touching narratives I left the Women in Peace and Security Network’s roundtable discussion with was the story of the gross abuse faced by women and girls in the Rivers State Internally Displaced Persons’ camp during the 2012 flood incident. There were no provisions for their physiological needs, no proper security hence they were abused(most times by even the security operatives),and no proper feeding and sleeping arrangements. The question therefore is; if such a situation arises tomorrow, what measures have been taken to ensure that there will be no repeat of the gruesome experiences faced by women and girls?

One thing is for certain, the corpse may belong to a complete stranger today, but tomorrow, it could belong to any of us. It is therefore imperative that we begin to take the issue of IDPs seriously in this country. While we advocate and set up proper response structures, it is also extremely important that we create massive awareness on this issue in order to prevent the ones we can prevent, from happening. We all live at the edge of this precipice and the earlier we realise that and begin to take proactive measures, the better for us.