We know you are new to the job, expectedly there will be lots of Initial Gra Gra (IGG). But your policy of arresting and arraigning our ladies for skimpy dressing is absurd. If we accuse you of being a sexist and enforcing Sharia by proxy, it is safe to say. This is Lagos Alhaji.

Our world, our century is on fire by those who after Faustian crises religiously insist on turning their private fantasies into a general nightmare. What exactly is a skimpy dress? How did the police arrive at a benchmark with which they are arresting our ladies? We challenge you to make it public.

You said “skimpy dress could cause public disorder.” Why should people be arrested for what “could cause” not what “will cause” or “what has caused”? Recall that the doctrine of pre-emptive strike was from bush.

Please familiarise yourself with Glendora Review’s beautiful catalogue, Lagos: A City at work and Demola Ogunajo’s fine animystic paintings of Lagos life collected in the exhibition, Largus Fluxus. Eko is for show. The women are modern, they have been free to wear whatever they wanted before Alhaji Abubakar came into power and that has not sparked any public disorder, I have no doubt that after and during him, they will still continue to do so. (Except your word ‘public’ is actually a misspelling of something else. In that case, it is private and harmless before the law. Nowhere in the criminal code is dressing, any type at all, a crime.)

We never had a public riot because of those on the beaches. Neither did the newspaper report one when ex President Obasanjo appeared on the beach with a girl wearing only pant and bra in what became that national tourism advert on CNN.

We demand that the case against the arrested ladies be withdrawn and those remanded in Kirikiri Prisons be released immediately. We demand that a public apology be offered to them and compensations be granted over and above the N20, 000 others had spend on bailing. We demand that you swear an affidavit you will never abuse your office again by tampering with our vibrant culture or smuggle in a distasteful morality already debunked by modernity.

is fiercely cosmopolitan. Its energy derives from the plurality of races, of ethnic groups, of religions and moralities, of cultural sensibilities, of fashion tastes and pleasures, the youthfulness, the underground weirdness that makes the city pump and jump. Alhaji police commissioner, Get Real and Feel Lagos. 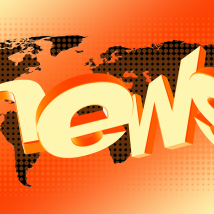