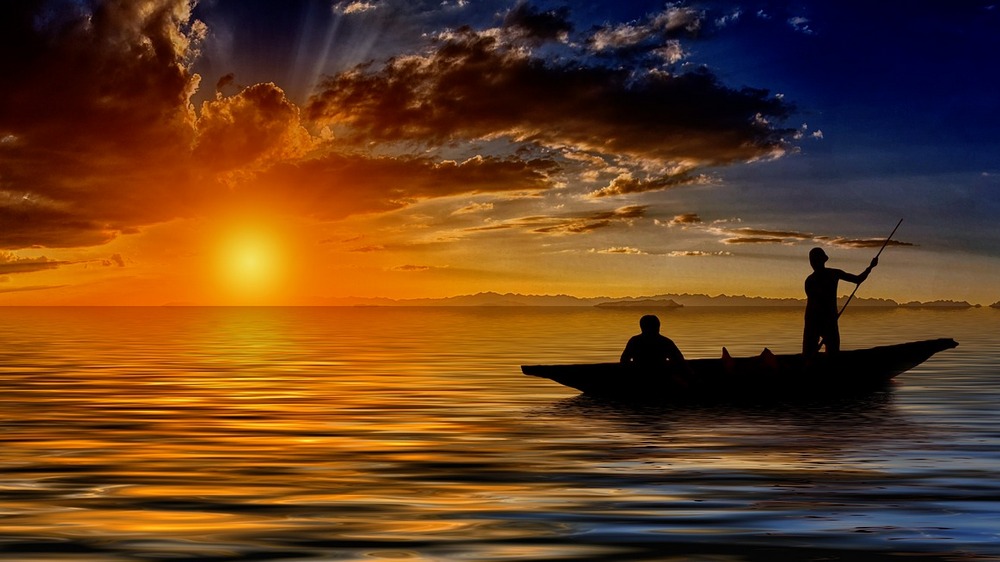 Sometime in 1995 there was a conference on African Philosophy at the SS Peter and Paul Seminary, Bodija, Ibadan. It was focused on History and Historiography.

History is about Chaps we are told, and Geography is about Maps but what is Historiography? Historiography! I had learnt the word in the Newspaper, when Daily Times was still Daily Times, with Ayo Olukotun, a former Student Union President writing a column. He is still at it now a Professor, one of the Columnists had said he had come to some kind of conclusion and so “Historiography”. I liked It.

The Internet had not arrived in Ibadan by then or the Smartphone, so I did not do an instant check on the word.

I invited a childhood classmate practicing Law next to the Gate of the Seminary. This former classmate of mine bears the name of a King. None of the Kings were mentioned at this Conference. It was Saint Augustine of Hippo attracting rave reviews. Comrade Ola Oni, Marxist, now Late, was at the gate to the venue of the conference but he was not out to participate. He was seeing a friend off. He lived close by. Comrade Oni affirmed that those In there, I mean Participants at the conference, were merely after career advancement. One of those in there was Professor Sophie Oluwole a pioneer woman Philosopher now late, and recently too. With a prophetic name she spoke like a Parrot, Sophie means wisdom.

Professor Segun Sowunmi, my uncle, also now Late, was there listening sympathetically. He was then Nigeria’s leading exponent of creative thinking. The Motto of the Philosophy Students at Ife is “Man lives to think and Man thinks to live”. Are Nigerrians thinking?

My Mother was the Carpenter to the event…Yes. She helped to knock the Seats together at the venue of the conference. Yes, Men Philosophizing and Women being Carpenters…It reminds one of the Anthropologist visiting a community, observing on his visit that men were not busy at anything. Curious, he asked one of the women, what the men did in the community, she smiled and said they did nothing. Professor Tomi Adekanye, Nigeria’s First Woman Professor Of Agriculture revealed that more than any other continent African Women are farmers but African women are not the majority of the staff of our faculties of Agriculture perhaps because professors of Agriculture are not expected to produce food; they produce papers instead. Many of the Papers presented at this conference sold like hot cake and some of the participants were very greedy about these papers.

As the conference proceeded, Wole Soyinka was in the Kitchen washing Dishes. Not quite. He was on the Book stand in a 1970s Interview with John Agetua of Ghana denouncing a Philosophy of violence. Soyinka is still at it. I first saw a Soyinka Play at the venue of this Conference. It was “The Road”, Directed by my neighbour, Africa’s first Woman Professor of Theatre Arts. Zulu Sofola now late. I thoroughly enjoyed THE ROAD but like “Historiography” I did not understand it. I was only in Primary Four. Imitating the Actors of The Road, I went Home with “SAY TOKYO KID. SAY TOKYO KID. THAT’S ME MEN YOU DON’t HAVE TO CALL Me TWiCE…ME SELF I BE PEACE LOVING MAN BUT WHEN E REACH FIGHT I No KNoW MY Brother AGAIN. These I wrote on the cover of My exercise Book, My Teacher Crossed all out. With Red ink.

Wole Soyinka is the son of a Catholic Mother but does the Pope read Wole Soyinka? Did Zulu Sofola take Permission to stage Soyinka’s play at the seminary? One of the Seminarians who acted in THE ROAD bore the nickname Janjala he played the Bata Drum in the Church. Theatre Artiste Duro Ladipo was expelled from the Baptist Church for doing the same thing for they thought he was trying to bring another god into the Church. The Catholic Church has what it calls LITURGO-Cultural. We are told that a man who loses his culture has lost his Soul. We are also told that the Church is the Hospital of the Soul. More than any denomination the Catholic Church built Hospitals for Mental and Physical ailments.

There at the conference, Wole Soiyinka’s cousin, Fela Anikulapo Kuti, was spiritually present. He was brought in as a Philosopher by one of the participants complete with the invocations of the Chief Priest, but one of the Priests said he had come the conference not as a, Priest but as a Philosopher. Fela was a Philanderer and a mystic like Saint Augustine, but the name Augustine comes about from his protruding head. In Yoruba Language a protruding head is known as ogo, pronounced augur and so the name elongated to Augustine. Do not be surprised to find a priest quoting Fela on the Pulpit. Even Anthony Cardinal Olubunmi Okojie is a fan Of Fela Anikulapo Kuti. Bishop Matthew Kukah referred To the Catholic Church as the Church of Sinners. Saint Augustine is described as a great sinner and a great Lover. A greart genius. A great saint.

A reverend sister who participated at this conference had opined that if a man does not know the disease that killed his Father that disease might end up killing him. This is why we study History and its somehow a validation of Fela Kuti Who opined “if you do not know where you are going to you would at least know where you are coming from” as surprisingly quoted in an edition of the Scientific American Magazine first published on Saint Augustine’s Day (August 28) precisely 1845 and interestingly on the 170th anniversary of the publication of the Scientific American, August 28 2015. Wole Soyinka was hosted by Globacom Promoter, Dr. Mike Adenuga just as another Dr Adenuga was Presiding that day, over the scientific conference of the Opthamological society of Nigeria in Jos where you have the Saint Augustine Monastery and the saint Augustine Seminary. Fela was born in 1938 the year the Augustinians came to settle in Jos.

Present there as the Chairman of the Globacom Literary Prize was Femi Osofisan born June 16, 1946 two days after Donald Trump, born June 14 1946. June 16 in the world of Literature is known as Bloomsday to celebrate the Famous Irish writer James Joyce in his first outing with Nora who was to become his wife. James Jocyce’s middle name is Augustine and has been influenced by Yoruba “Esu” whom I learn from Soyinka on YouTube is a Dialetician. And Osofisan has a play titled Esu and the Vagabond Minstrels. Joyce was also influenced by Adamawa and Hausa but his biographers would not mention. Poetic.

Furthermore, Wole Soyinkas Ake The Years of Childhood, has been compared with Saint Augustine’s Confessions, detailing the first 35 years of his life. Soyinka has also been referred to as a secular saint but he would rather refer to himself as a secular Humanist. Saint Augustine was Poetic and Literal.

Saint Augustine was into wine, women and Song before He got converted whereas Wole Soyinka has been described as a connoisseur of wine and women. Wole Soyinka’s “best friend” Donald Trump, with regards to his “graphic sexual remarks” has also also been compared with Saint Augustine by Rudy Giuliani former mayor of New York. Interestingly on November 13 2016, the anniversary of the birth of Saint Augustine, Trump gave his first interview as President Elect. Saint Augustine had been accused of throwing Europe Into darkness by stressing belief over reason.

Will Donald Trump throw the world into darkness by being a climate change denier. Belief had not been a bad thing for traditional Africa. It kind of made Africans live in harmony with nature. Take Wangari Maathai in her Book The Challenge of Africa before the arrival of the white man she claimed that Kenyans believed that God lived on mount Kenya but the white missionaries were able to convince them that God did not live on Mount Kenya the result of this what that mount Kenya ceased to be sacred. It ceased to be preserved all the threes on mount were cut down for furniture, building and fire wood. In Achebe’s Things Fall Apart, we have the “evil forest” which was nothing of evil to the missionaries.

One of the Participants at this conference affirmed that WHEN SHARING FOOD THE FEWER THE PEOPLE AROUND THE BETTER. It appears he wants Philosophy to be exclusive if not elitist. This has been explained as the reason for the rise of Donald Trump, Philosophers talking to other Philosophers in a language only they understand.

And there is another Anthony, after Anthony Appiah also with a British Mother. Anthony Marinho. Is there a Philosopher in Anthony Marinho? He seems to have been flaring like gas in the Niger Delta. I can discern in his writing, Political Philosophy, Social Philosophy, Educatiobnal Philosophy, Moral Philosophy and the Philosophy of Business… Marinho is good with non profits whereas his time twin Ronald Chagoury is good at for profit enterprises. They were born at the same point in time, January 8 1949, but at different points in space.

Attending the conference, I was wondering what was making the seminarians so excited. Its like they were filled with new wine. JIde Olaniyan, who was nicknamed Othello, as Undergraduate then at the University of Ibadan, a Student of Philosophy, had told me Undergraduates at unibadan were “free but not disciplined” and seminarians are “disciplined but not free” but these seminarians attending the conference were like people dancing Disco Fuji to the rhythms of African philosophy. I could hear them Calling out, OB! OB!! OB!!! that’s the now Professor OBC Nwolise. He should have told them Africans do not call their Elders by first name except of course in the Fela Kuti househiold. Maybe they had forgotten they were not in the Kalakuta Republic.

What was the Drama at this conference? I have heard of Claude Eke “coming from nowhere” “dazzling the crowd” and going like that. Plane Crash. I have heard of Christopher Okigbo “being invited”, “Surveying the crowd” finding there were no Poets and subsequently returning home in the next available plane. I have even, seen Kayode Soremekun, internationalist, of the “GURUS Go To Kuru” fame, now a Professor and Vice Chancellor, breezing into the venue of an Internationasl Conference on Nuclear Energy at ife, telling the participants there that they had a Knack for keeping their heads in the clouds and the conference participants eliciting some assurance from a senior colleague of Soremekun, a certain DR. Onwuka who himself had been involved in another Drama at Ibadan, a skirmish over a publication.

The Drama at this conference revolved round the color Black and white. Philosophers have been described as people who raise a cloud of dust and complain they cannot see through it. It seemed a simple situation but not simple to hair splitting philosophers. One of the participants, an Albino, had given a presentation on Othello who I learnt is a Black Soldier created by William Shakespeare but the presentation did not seem to go down well with one of the seminarians who pointed to his own skin as not Black but Brown. One of the Philosophers who referred to the rest of the participants as “Professionals” threatened to stage a walk out. So What Happened to the Philosophy of Tolerance?