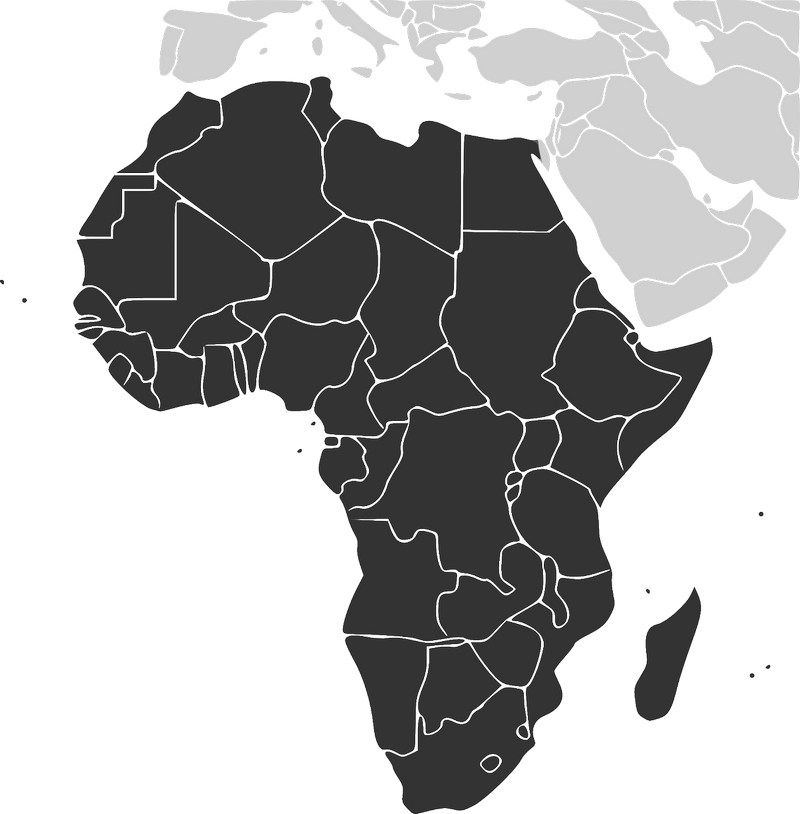 As a result of the idiocy and otiose disputations on race and skin colour, which has dominated Caucasian consciousness and which have affected that universal brotherhood, there are cogent reasons for over-flogging the issues.

We are not hoping to bring racism to a screeching halt, but to expose the lack of human intelligence, cant and hypocrisy that adorn its provocative character.

This essay is a further and better Affidavit of the annoying practice of racial discrimination and its total condemnation.

The Big Bang false, anti-Creation theory, Darwin’s ridiculous and ludicrous evolutionary theory, atheism pronouncements by the agents of the anti-Christ since the Sixth and Seventh books of Moses appeared and other racist gospels, have created the psychological and ideological foundations of racism.

Unfortunately, the semantic erudition of these “learned” theoreticians has led to describing non-Caucasian races in denigrate, condescending, pejorative terms that have found their way into literature, films, hate-speeches and even blasphemy against the HOLY TRINITY.

Black market, black legs are derogatory, pejorative and insulting in the extreme. Since the English were successful in imposing their English language on many states in the world, they have used abusive language on the rest of us, especially the colonially-educated Africans, who speak only English, Queen’s English or the counterfeited versions like American slang, Patwa and pidgin English.

There is something at once stupid and idiotic for “white men” with silky, jet black hair to hate a “black man” even if he   is brown like Barack Obama.

I have always bitten my lips, when I hear Christine Amanpour and other broadcasters talk about the first” black American President” I can see that he is not black stupid!

The brain-washing of the people about race consciousness is so well-entrenched and so, cannot be overthrown by a side-wind. The idiotic denigration is unknowingly accepted and repeated by unthinking humanity. Yet, they claim arrant superiority of intellect. Oh YES.

We should castrate every racist.

In all human beings, their tongues are red, their blood is red. They all have two ears, two hands, two legs, ten toes, ten fingers, two eyes with shades of colour.

A man or woman, whose puny brain is filled with satanic hatred for any human being does not deserve THE BLOOD that was shed on the CROSS of Calvary.

Slavery, colonialism, imperialism, current wars and past ones were driven by racist, supremacist denigrations.

That the Caucasian race propagates wars and prosecutes same after centuries of witnessing their disastrous consequences on the forward march of human development and civilization, makes me to re-assess their claim to superior human intelligence.

Yet, the Caucasian race has not abandoned wars as instruments of national policy in violation of all international treaties, Conventions, especially the Four Geneva Conventions and the International Humanitarian Laws, including the Brian Kellog Pact of 1928.

It was the Sykes/Pique Pact of the 1920’s which divided Arab States in to spheres of British and French colonial interests that gave birth to the Arab Baa’th Party. Its objective was to re-unite the Arab homeland. Its mentors were Abdel Nasser of Egypt, Al Assad (Senior), Sadam Hussein, Tarik Aziz, a brilliant scholar/politician, who died recently.

The Arab monarch was against the activities of the Baa’th Party and fought it with external assistance.

Today, the Arab nations are in ruins. When Donald Rumsfeld blamed George Bush about the Iraqi Crisis and the AWE and SHOCK war he authored, with “clever “push by Blair, Donald told the world that “Iraqis will pelt American soldiers with flowers”

See Emmanuel Omoh Esiemokhai,” IRAQ: The New Carthage. International Law and Diplomacy in the Iraqi Crisis” and Nelson Mandela’s criticism of the war.

He was not a witness of the truth, when he blamed George Bush recently in London.

If the Robin bird were all white, the British would not elected it the “nation’s bird. So what is the joy about colour? Black earth grows food. White sand does not. The sky may be blue, white or dark. Dark clouds bring rain.

If Picasso, M. Angelo, all painted in all colours, who are you “white”, black, silky haired man and ladies with sagging breasts, engage in racial discrimination?

The meat of the black sheep and that of the white sheep, smell and taste the same.

WHO ARE YOU TO BLAME GOD, the FATHER for creating “black people?

Racial discrimination is, in part, the product of spiritual ignorance, false consciousness, arrogance, false superiority complex, and lack of spiritual knowledge, the lack of rational and logical thinking.

I have observed that people with a little learning, unintellectual habit of mind and human refinement, tend to hate the lavishly cultured people.

In Nigeria, such people in high office dread intellectuals and go for third-rate people because “birds of the same feather flock together” I know one of them, who constantly looked for those with bad records and criminal backgrounds, who were malleable, useable, tinseled and ductile

The nation suffered because such officials are always groveling, silent and cautious. He refused moral and strategic advice. The nation suffered as a result of one-man wisdom government. It is the remote cause of our problems today.

The MAN FROM GALLILEE was not white. It was Pope Constantine, who commissioned Renaissance artists to paint His portrait in Caucasian mode, so that the heathen “whites will accept HIM”.

I got married at St Ann’s Chapel in Vatican City. My classmate, an Italian Jesuit priest, who studied the life and times of St Thomas Aquinas, at the University of Cologne, showed me the inside of the Sistine Chapel, the bronze image of the SAVIOUR.HE spoke in Arameik.

Please the next time you visit the Vatican, check this out.

I am prepared to debate the issue of racism in future.

I was the first person, who had called on Sapp Blatter to GO (See. E.O Esiemokhai, SEPP BLATTER MUST GO, NigeriansinAmerica.com, before the FBI action.)

He was churning, flipping and twisting on racism and other ethical issues. But he is “WHITE” and can do no wrong!