Ex-Gov Chime, That Was Mean! 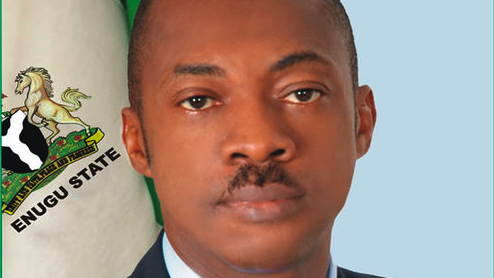 Recently, I was jolted by a report I stumbled upon about the brutal abduction, terrorisation and illegal detention of a hapless young man in Enugu by the bodyguards of the then Gov Sullivan Chime. The crime of 30-year-old Mr. Anthony Okeke which earned him such dehumanising treatment, according to The Guardian of April 1, 2015, was that while on his way home after dropping off a friend about midnight on February 22, he overtook an “unmarked” convoy of Gov Chime.

Obviously, this was a very grievous crime in the territory of “His Excellency” and the security agents attached to him wasted no time in meting out “appropriate” punishment. They ran after the “offender” with every zeal they could muster, fired some shots at his car to demobilize his tyres and captured him.

And after giving him “the beating of his life,” they dumped him in prison for six days, after which he was taken to a magistrate court and charged with attempting to kidnap the governor. The charge sheet (number MES/03c/2015) reportedly read that Mr. Okeke, “suspected to be armed with dangerous weapon/weapons, did attempt to kidnap” Gov Chime “along Ogui Road by Fire Service office, GRA, Enugu…”

The magistrate court soon, reportedly, claimed that it lacked jurisdiction over the case but ordered that Mr. Okeke “be remanded in prison custody, where he had been since then.”

The Guardian quotes a human rights group, Civil Rights Realisation and Advancement Network (CRRAN), which took up the case as saying that the then Enugu governor was “driving around that Sunday at about 11 p.m. in an unmarked vehicle followed by about four unmarked vehicles, without the normal siren or fanfare that normally heralds his movement.”

Now, I do not have an update on this case. This incident took place in February and it is very sad that by April when the report was published in The Guardian, the young man was still in detention for daring to overtake the convoy of “His Excellency.” And it is possible that he may still be there as I write now for committing no offence known to our laws.

One cannot also rule out the possibility that before Chime handed over power to the new governor, Ifeanyi Ugwuanyi, in Enugu on May 29, 2015, it may not have occurred to him to do the right thing which was to not only order the unconditional release of the young man, but also duly apologise to him and his family for the trauma he made them go through and equally take appropriate steps to compensate them for such grievous abuse of their rights as free citizens of the country.

Now, even in a Nollywood movie, it is virtually impossible to imagine how a man driving alone at such an hour could have hoped to kidnap a governor guarded by a band of heavily-armed security men. How Chime and his spin doctors expected any sane human being to buy such a weird story is what I find difficult to comprehend.

Now, as it stands today, Chime has become an ex-governor, and it is not unimaginable that a “king who does not know Joseph” might become Enugu governor tomorrow and subject him to the same brutal treatment (or even worse) that he has meted out to somebody that he knows full well committed no crime, just to massage his fragile ego.

While I consider it egregious that he would relish being crowned a veteran of unlawful detentions, I seriously think that Chime, whom I learnt is a lawyer, should have been wary of setting a precedent that might turn around tomorrow to haunt him or his loved ones. Indeed, this was lawlessness and meanness stretched beyond every bound of decency and civilised behaviour.

The current Enugu governor, Mr. Ugwuanyi, should urgently investigate this matter to determine if that young man is still in detention. And if that is the case, he should ensure that the case is immediately withdrawn from that magistrate court and his conditional release effected without delay.

Additionally, adequate compensation should be extended to him for the harrowing ordeal he was made to pass through under the former governor. That is the way to usher in a new beginning.

I am deeply concerned about this matter because it can happen to anybody tomorrow so long as our public officers continue to wallow in the illusion that public office is a license for them to fragrantly commit lawlessness and get away with it.