The Development of a Society is not for Charlatans

by Akintokunbo A Adejumo8 min read4 weeks ago1 comment

For a society to develop (in all aspects and areas of human endeavour – technology, agriculture, governance, industrial, infrastructure, communication, transportation, sports, youth development, labour and employment, human and natural resources utilisation, etc.), there must be elements of complete sincerity, altruism, commitment, willingness and will-power, cooperation, diversification, tolerance, unalloyed patriotism and love for each of the component peoples  and for the country. There must be an absolute ostracism of corruption in the society, or being humans, must be kept to the absolute minimum and not tolerated.

It is very simple, yet very complex, especially in a multi-ethnic, multicultural and multi-religious society such as Nigeria. But when we observe and fully absorb what has happened, and is happening in most developed countries, East or West, that we like to crave, and emulate from Nigeria, all these traits above are there to see.

The developed countries of the world today did not achieve development, peace and progress in a day, or even in a century. Their commitment, perseverance, sincerity of purpose, focus have been painstaking, some covered with blood and gore, iniquity, denial, self-awareness, admission of guilt and retrospection of their past history.

They have recognised, agonised, and admitted their mistakes or bad deeds; made amends and adjustments and moved on to concentrate of not only nation building, but making life easy for their citizens, and indeed foreigners living amongst them.

We are still sitting down in Africa passing blame on and damning Britain, France, etc for taking slaves and then colonising us and then abandoning us with their religion and brand of governance; then heaping abuses on the Americans for neo-colonialism and corrupting our leaders and now the Chinese for attempting to take over our lands and lives for their own benefit.

Every society, throughout the millennia of history have had to do something to survive, and to develop. And this includes even Africans to a very large extent, though confined within our continent. We have also fought internecine wars of attrition and conquered each other, taking slaves, slaughtering whole villages or communities and taking over each other’s lands and wives and children as slaves, to be sold to themselves and later to Arabs raiders and European slave traders.

When you have government officials looting the treasury every day, any kind of development is stunted and prohibited. It is just plain impossible to develop, as resources needed for progress are frittered away, profligacy and mismanagement are the order of the day and corruption have taken over the everyday areas of endeavour and lives of the people, from leaders to followers.

Appointment of mediocre into public and government positions, just to satisfy nepotist, tribal, religious and political favours has already condemned development of any kind to the backwaters. Election of people of doubtful integrity into political positions means selfishness and corruption in governance. It is all there for us to see, it is not rocket science.

In Nigeria, the endemic and flagrant corruption, conscious and barefaced nepotism, deliberate sabotage of everything, gross ineptitude in governance, insincerity of purpose and lack of vision in legislation, corrupt and slow justice, will always preclude any form of human and national development. It just won’t work. We can’t eat our cake and have it.

I’ve been writing and pleading to Nigerians that “religion or ethnicity” are not, should not, be our problems, but Corruption, stemmed from our Oil and our greedy politicians and leaders. Let there be Oodua, Biafra or Arewa countries, and the corruption will be even more massive. I don’t even think all these calls for Restructuring, blah blah blah will solve our problems. We need a proper reorientation, and in a way, the minority tribes hold the aces.

Since 1999 (and I must admit even since 1966) Nigerians have seen, experienced and have become inured to massive corruption, profligacy, ineptitude and outright brainless disregard for good governance. Nothing seems to have changed in the current dispensation. The mind-boggling looting and wasting of the country’s abundant resources are still going on unabated, and with even more brazenness. What is abnormal has become a normal way of life for us, so much that we cannot distinguish between good and evil, or between abnormality and normality. We are in a spiral of depravation and dishonesty in our everyday lives.

The people make up the Government; they cannot be separated. In any country passionate on development, they do not elect or appoint charlatans and jokers and criminals into public positions.

We always make the mistake, to our eternal suffering, of separating the government from the people. Who makes up the government? The people. But once we elect or appoint people into government, we leave them on their own, and believe they should do everything; we don’t monitor them, we don’t make them accountable. As such, they do anything they like. They loot the treasury, they become lazy, they become oppressive and arrogant, they start acting like mini-gods. And then we, the people outside government, start moaning and complaining, when it is too late to call our errant representatives to order.

When we say Nigerians are lazy, do not separate adults from youths (in fact, the adults are worse than the youths) or government from people. There are millions of hard-working Nigerians, in the country and all over the world – we know, that is a fact. But unfortunately, it is the few lazy ones, mostly based in Nigeria, who dominate government and rule us. And it these indolent cliques who make the most noise (and crimes) that we see every day, and the world see every day. How can a Senator who works less than 60 days a year be earning N40 million a month while a teacher in a secondary school, works 9 months in a year, earns less than N40,000 a month? Isn’t that lethargy for the Senator and his ilk?

“No system should be 100% democratic or autocratic. A good system is a blend of both. A good leader knows when to shift from one to the other.” – Unknown Author

“To fight corruption in a Corrupt system, you don’t follow Due Process; you follow the Necessary Process.”  – Vladimir Putin, President of the Russian Federation.

I am of the opinion that corruption in Nigeria started from the top (those in government) and trickled down to the people. I have often heard stories of how honest Nigerians were in the past, how newspaper vendors would leave their stalls unattended and people would still drop the money for every newspaper that they picked up, how dishonesty by a person in a community brought shame and disgrace on the person’s entire family.

Somewhere along the course of our history, bribery (which was often done secretly) became a norm. I remember vividly who the head of state at the time was. I also noticed how morals as a people took a nosedive. It all started from the top.

However, I do agree that the solution can start from the bottom and we push it up to the top. I admit that we all have an individual role to play.

But to be frank, cleaning up our country would be much faster if it started from the top.

Corruption represents a threat for democracy, for law supremacy, social equality and justice by undermining the market economy and endangering the stability in public institutions.

Where does salvation lies for Nigeria?

DO WE HAVE ANY HOPE OF, OR, FOR A NATION AND COUNTRY? 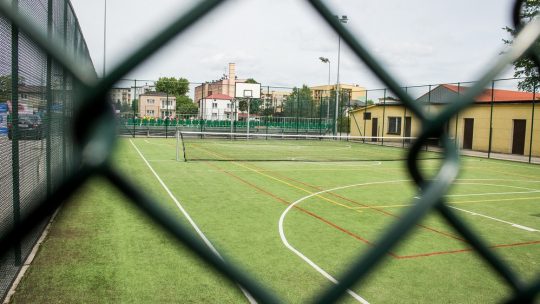 The 2018 National Sports Policy (NSP) draft clearly articulates the vision and direction of the Federal Government (FG) on sports development... 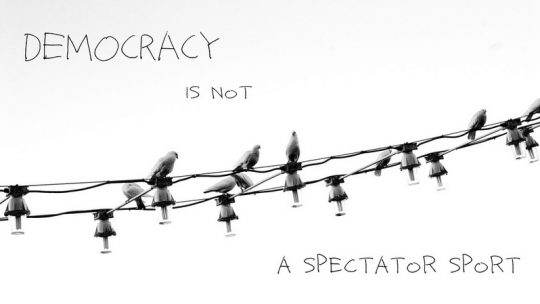 What exactly is democracy? Democracy (Greek: δημοκρατία dēmokratía, literally “rule by people”) is a system of government where the...