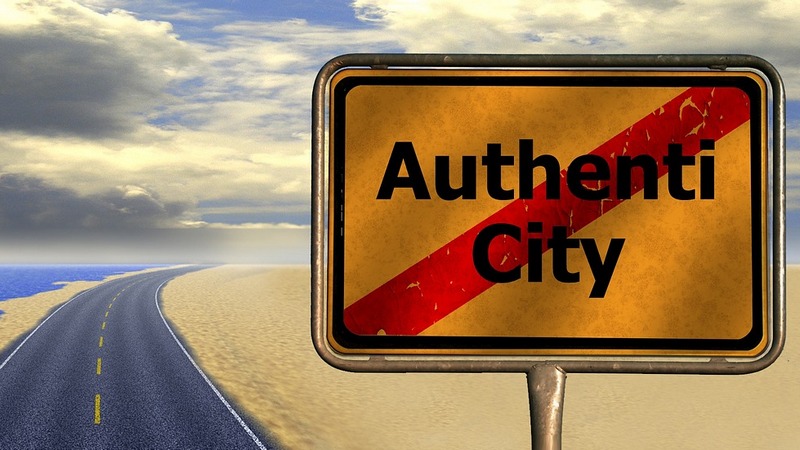 “Until you know how African you are,

you don’t know how American you are”

As a newbie in the nation of Samba, there was the expected need for mutual introductions. At that time, repeatedly so, owing to the fact that this is a non-English-speaking country, I found myself needing to come up with a name that will resonate with, is convenient for and easy to pronounce by my new acquaintances.

My choice was as easy as saying “hello” to the Brasileiros, which is a literal translation of the Portuguese “Ola” and a fitting subject to “Olakunle”, the first, intangible tag that I acquired as a being. In my more recent existence as “Ola”, I was always confronted by the déjà vu of a previous existence as “Ola”. That was while I was engaged as a National Youth Service Corps Pharmacist, as head of Pharmacy, General Hospital, Ohafia, tucked away somewhere in Abia State.

Finding out that it was difficult for the Igbos to pronounce the “Kunle” part of my original name, I chose to be identified by the friendlier “Ola”, which is merely the subject of my true identity, “Olakunle”, a defining name and recognition with respect to the other selves.

That was easy and convenient for the Igbos and the Brasileiros but it summoned a personality in me other than me. Ola is not my name; for many years, I was never Ola; it was a transient, on-the-spot creation to cater for the need of acceptance, to break the ice into the true identity but what happened on the two occasions was the creation and presentation of the other self.

Why should I change my identity, starting with the most fundamental personality-defining factor into the other that would be immediately perceived as culturally related to a people, whose major and ultimate interest in “the original” you, created, painted, scarred, nourished and bred by the climate, humidity, the waters, the airs, the soil, the vegetables, the fleshes, the voices, the languages and colours of Nigeria, is that presentation that is unique to you and not a variant of what they have been used to.

Similarly and without having to step out of my immediate comfort zone, my first significant change of name was in my second year at Obafemi Awolowo University, Nigeria, while I was in the class of Prof. G. A. (then Dr.). Under a roguish regime by me while attempting to react to a question, or something of the sort while being pressurized to admit that my name was Kunle Jaiyesimi, I insisted rather bullishly that it was ‘Lakunle. From then on, I practically bullied everyone into submitting to calling me ‘Lakunle. I can witness that, like I became two different Olas at different times, I became a ‘Lakunle, other than Kunle.

As if that was not enough, barely a decade after, while standing on the fringes of OAU staff quarters Road 20, my friend, Toba, and I bantered jokes into the creation of a name, Pastor Lakzzzzz which, in retrospect, was used to advantage in prosecuting, speaking politically, the 2012 post-graduate hall election. Looking back, I was truly a pastor lakzzzzz. Today, a handful of people call me Pastor Lakzzzzz; a lot more call me Ola and yet, more call me ‘Lakunle. Only one person calls me Kunle and that is me.

In the offence against the psychological integrity of Nigeria, I was complicit like many others, although a little differently, my name did not significantly change, except of course when it did to Pastor Lakzzzzz, I only adopted friendlier Ola and more classical ‘Lakunle, at quite desperate and flippant times respectively in the past.

I recently came across a disturbing thread on Facebook, where a supposed opinion leader, someone I consider a pacesetter ahead of many younger Nigerians, who earnestly yearn for models, knowingly or otherwise, poses in an image with his family celebrating his acquisition of American citizenship. S. O., a pharmacist who deplored ingenuity in business leanings while being an undergraduate student in Nigeria, cut the frame of someone who knew where he was going early in life. I would not know if S. O. had lived anywhere else outside Nigeria prior to this period I knew him in Ife, Nigeria.

His case is on point for want of a reasonable justification for blatantly celebrating the acquisition of American citizenship, with picture tag, “And that is how to celebrate citizenship. God bless America” while displaying his certificate of citizenship. As at 4 pm on the 2nd of July, 2016, that thread had 282 likes and 64 comments, almost all reading, “Congratulations”, with variants of “Ma jaye Amer niti re, jare omo mi to sure”, “CONGRATULATIONS dear, the Lord will continue to uphold you and your family, and you will continue to go from glory to glory in JESUS NAME amen”, “Congrats the good of America will be your portion in Jesus name amen”, and so on.

As much as there is no big deal with acquiring the citizenship of countries other than one’s birth country, it has some distaste to it, especially if one has been previously groomed by the latter, when the public celebration of the new acquisition is done in a way that portends nothing close to personal identity and ingenuity existed right before it. In recent times, certain interesting facts are emerging regarding slaves exported from African countries particularly.

For instance, the “New York Times reported that Jack Daniel’s founder actually learned a lot about making whiskey from a slave who worked for the same distiller.” About African slaves, John Yang said, “They were helping develop and create the craft of what they were doing.” Michael Twitty provided a lengthier exposé, “Oftentimes, they were the brains. And, unfortunately, because enslaved people were considered three-fifths of a person (which is merely a constitutional provision for the purpose of electing representatives), they aren’t being given credit for their intellectual capital. So, when an enslaved person invents something or innovate something, they improve something, that credit is being given to the slave holder, not to the enslaved. And what this does over time is, it sets up for a really bad paradigm, where we think, these poor people, they were just the machines, they were just set to do a task. And the reality is, no, these were innovative, entrepreneurial, intelligent people. You don’t set — you don’t bring a bunch of idiots to your country to build it. You bring geniuses. And a lot of times, that is what was going on. They were expert horticulturists. They were expert blacksmiths. They were expert distillers. But the unfortunate part is, we know there were more people like Mr. Green, but will we ever know their names or their stories or what they could have been had they been free men and women?”

The depths to which we are being plunged is pathetic, as led by the so-called schooled, educated or, permit me to say, cultured, who constitute, willing or not, the mirrors to the belly of our homes, expectedly filled like in others with all manner of things, food, water, acid, microorganisms and sometimes filth, but nonetheless, constitutes the belly of our mother homes.

Sometime ago, Prof. Lamikay addressed a similar thread that was tantamount to tita ara eni l’opo (selling oneself cheaply, which is an act of predisposing oneself to possessive influences and whims of entities alien to the source, the belly that nourished and bred one).

On another front, there is Dr. Bennett Omalu, a renowned forensic pathologist and neuropathologist I have reverence for, for his discovery and finding on chronic traumatic encephalopathy (CTE), which subsequently impacted significantly the landscape of American football and for the inspiring reverberation of his statements and life story on impressionable minds. I find it quite repulsive on the other hand his seeming over-glorification of the American life or liberty if you like, over and above his birth and breeding nation. He never minced words in distancing Nigeria from the more autonomous, almost libertine, America.

As obvious as the tilt towards liberty may seem to anyone, no two persons are exactly the same, even to the fingerprints. Similarly, no two nations are the same, each possessing her imprints of greater and worse declinations, while striving on the journey to renovate or rebuild. However, what do we get; are all hands on the deck of Nigeria to renovate and rebuild? No! While the greyed, greying and about to grey members of the opportune class are busy pillaging the treasures in the belly of our homes and weaving up religious and ethnic sentiments in last-minute attempts to be let-off the hook, many of us who should be mirrors and models to an improved belly have had their hands hit on other mariners’ decks to renovate and rebuild, or merely to cart away their crumbs, which after all seem more of a largess than whatever might be available back home, and many more are desperately willing to do likewise.

This is not a clarion for the assumption of puritanical existence. Far from it! Rather, it is a summon for that unique identity brewed in the concoction of your original worldview. That is what the world needs; that’s what she calls globalization. But if you wish to be presented, on a platter of gold, as an imperialist slave, so be it!

This is validated by the first paragraph of the Introduction to The Flash of the Spirit by Robert Farris Thompson, “Listening to rock, jazz, blues, reggae, salsa, samba, bossa nova, juju, highlife, and mambo, one might conclude that much of the popular music of the world is informed by the flash of the spirit of a certain people specially armed with improvisatory drive and brilliance.”

‘Toba Bankole, against all odds considering that odd is odd, has promised to always be garbed in his traditional attire on all Sundays as a way of presenting one unique aspect of the belly of his home to fellow congregants. This is a loud statement to other possibilities carried by this subject in view of the fact that many of us readily dismiss such on the altar of existentialism.

My name is Olakunle Adeboye Jaiyesimi.

My name embodies the abundance of wealth in the belly of my home.

This is the abundance of Olà (wealth) and not Olá (riches).

I am neither Olá nor ‘Lakunle; I am Olàkúnlé. But you may wish to call me Kúnlé, the name which have almost everything to do with my personality, which I bore for the most past of my life and which I will wish to bear for the rest of my life.