What should we do with the NNPC?

According to Wikipedia, Nigeria National Petroleum Corporation, NNPC was established on 1 April 1977 as a merger of the Nigerian National Oil Corporation and the Federal Ministry of Mines and Steel. NNPC by law manages the joint venture between the Nigerian Federal Government and a number of foreign multinational corporations, which include Royal Dutch Shell, Agip, ExxonMobil, Total S.A, Chevron, and Texaco (now merged with Chevron). Through collaboration with these companies, the Nigerian government conducts petroleum exploration and production

The NNPC Towers in Abuja is the headquarters of NNPC. Consisting of four identical towers, the complex is located on Herbert Macaulay Way, Central Business District Abuja. NNPC also has zonal offices in Lagos, Kaduna, Port Harcourt and Warri. It has an international office located in London, United Kingdom.

The NNPC is a huge hazy burden on the Nigerian nation; a cesspit of corruption, a drain on the nation’s resource, a major source of our economic decline and a major reason why we remain in economic misery after 59 years of Independence.  In 2007, the head of the Nigerian wing of Transparency International said salaries for NNPC workers were too low to prevent graft and other forms of corrupt practices that are the hallmark of this bureaucratic and monopolistic monolith.

We need Transparency for a better country. And where better place to start than the goose that lays the golden eggs for Nigeria, the NNPC?

The history of corruption in the NNPC is as old as the corporation itself. And of course, it makes sense to tie corruption to the NNPC – it is the main cash cow of Nigeria; being the ONLY corporation in charge of Nigeria’s huge oil wealth that has turned Nigeria into the notorious corruption-ridden society it is today. The Federal Government, a centralised form of government, cannot afford to let it out of their sight. It is the country’s heartbeat. To the military-designed and imposed central government after the coup of 1966, it is the only source of wealth for Nigeria (which highlights and confirms the short-sightedness, mediocrity, ignorance and an acute lack of thinking faculty of our leaders since the military era of 1966). They thereby abandoned every other source of income – agriculture, industry, mining, manufacturing, textiles, etc. and focused ONLY on the black gold beneath their soil and ocean

Those who work in the NNPC regard it as a veritable source of personal wealth. They even kill to preserve that status. I have seen many a former employee gets depressed when they are eventually forced to retire, resign or dismissed. The easy money is just too sweet to forgo.

It is inevitable that a government-controlled monopoly and bureaucracy breeds corruption. Our officials, be they politician or civil servants, simply cannot ignore corruption when it beckons to them. This theory is time-tested. It is the story of the chicken and the corn; the corn is an irresistible magnet to every chicken; so is corruption to Nigerian officials, and petroleum wealth attracts corruption like bees to honey.

Corruption at the NNPC (Culled from Wikipedia)

In December 2011, the Nigerian government permitted a forensic report conducted by KPMG to be published. The audit, commissioned by the Ministry of Finance following concerns over the NNPC’s transparency, detailed the NNPC’s sharp business practices, violation of regulations, illegal deductions of funds belonging to the state, and failure to account for several billions of naira that should go to the federation account.

Auditors found that between 2007 and 2009 alone, the NNPC over-deducted funds in subsidy claims to the tune of N28.5 billion. It has not been able to account for the sum ever since.

In May 2008, Willbros Group Inc, a US company, admitted to making corrupt payments totalling over $6.3 million to officials at the NNPC and its subsidiary NAPIMS, in return for assistance in obtaining and retaining contracts for work on the Eastern Gas Gathering System (EGGS).

In July 2004, ABB Vetco Gray, a US company, and its UK subsidiary ABB Vetco Gray UK Ltd, admitted to paying over $1 million in bribes to officials at NNPC subsidiary NAPIMS in exchange for obtaining confidential bid information and favourable recommendations from Nigerian government agencies.

In November 2013 after a report was published by Swiss Non-governmental advocacy organisation – Erklärung von Bern – allegations of heavy fraud surfaced, placing the NNPC under suspicion of siphoning off $6.8 billion in crude oil revenues.

On 9 December 2013, a letter from the Central Bank of Nigeria (CBN)Governor, Sanusi Lamido Sanusi to the President of Nigeria, Goodluck Ebele Jonathan, dated show of 25 September 2013 details that the NNPC had not remitted over $49.8 billion proceeds of crude oil sales to the Government surfaced.

The Reconciliation Committee estimated unremitted funds at $10.8bn on 18 December 2013 while CBN changed its claim to $12bn. CBN then informed senate committee on Finance on 4 February 2014 that NNPC needs to account for $20bn as the CBN could only confirm receipt of $47bn out of $67bn revenue for the period under review. The then Finance Minister recommended the conduct of an independent Forensic Audit and PwC was officially appointed by the office of the Auditor General of the Federation (AuGF) to conduct a forensic audit into the allegations.

No staff of the NNPC or Ministry of Petroleum has so far been punished, though on Thursday, 20 February 2014, the whistle-blowing CBN Governor was suspended from office by the President.

An official audit reported in March 2016 that the NNPC had failed to pay US$1.6 billion.

In the last 40 years, the four Refineries built under the auspices  the NNPC became obsolete, moribund and some of them were not even producing a single drop of petroleum or petroleum product, making Nigeria to be sending its crude petroleum to overseas refineries, some as far away as Venezuela, some sent to rumoured Nigerian or part-Nigerian owned refineries in South Africa, brazil, and even some West African countries. Of course, when a corporation decides to do this, with the backing of the Federal Government, and connivance of its politicians and civil servants, there are bound to be sharp practices. Several Nigerian nobodies became dollar-billionaires overnight.

Fuel subsidy entered the picture and this even gave more allowances and free hands to corrupt practices. It was inevitable that in a corrupt system and environment, that NNPC itself will be corrupt.

One of the solutions that should be looked at is make NNPC a Public Liability Company (PLC), listed and traded on the floor of the Lagos Stock Exchange (LSE) and give all Nigerians opportunity to have a stake in the company.

The Federal Government of Nigeria should periodically offer shares to LSE just like British Petroleum (BP), British Airways (BA), British Telecom (BT),  to raise funds, and reducing its stake to 75%, 50%, 40% then 25%

Remove the much controversial and totally irresponsible and corrupt Petroleum Subsidy so that over N1.8 trillion annually can be used to improve Infrastructure, Electricity, Health & Education.

These are tried and tested approaches the world over; even Saudi Arabia’s Aramco, the world’s largest oil company is planning to issue an IPO, for what could shape up to be the world’s largest initial public offering. The massive state-run oil company is looking to list as much as 5% of its shares sometime in 2020 or 2021. Aramco officials have suggested the company could be worth as much as $2 trillion in the past; many others have successfully listed. Why must we continue to operate one of the world’s most inefficient Oil and Gas company this way, if not because some people are reaping huge corrupt and illegal benefits from maintaining the status quo?

Without these radical steps, Nigeria’s advancement will continue to be hampered and curtailed. The monumental corruption within NNPC will continue unabated and the resulting misery and poverty of the unfortunate Nigerian masses will know no end. 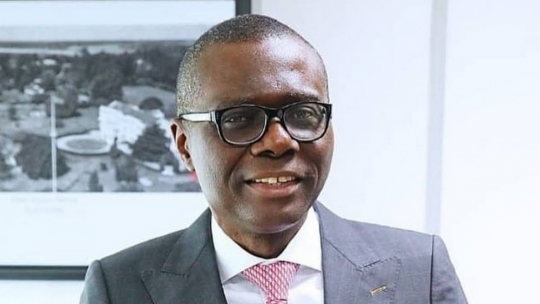 Sanwo-Olu’s Dilemma and the Burden of Lagos State

“Lagos is a shameful state with a lot of “promise” because of the access to funds relative to other states. Lagos gets a lot of unnecessary... 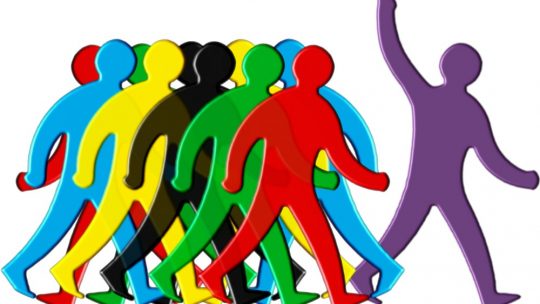