Whispers of Our President In Washington 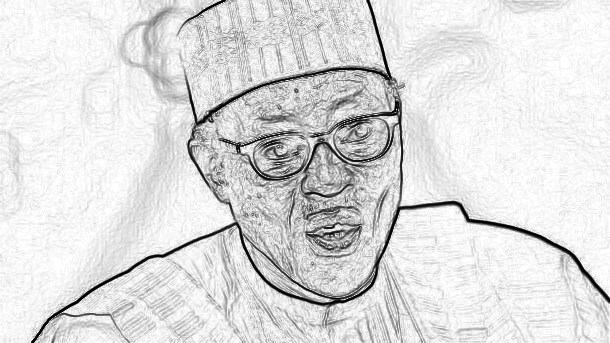 By many, if not most, accounts, President Muhammadu Buhari’s visit to the United States was a major personal triumph and represented a significant turn in Nigeria-US relations. President Barack Obama, hosting Mr. Buhari at the Oval Office, remarked on his guest’s ethical assets and political focus. “President Buhari comes into office with a reputation for integrity and a very clear agenda, and that is to make sure that he is bringing safety and security and peace to his country,” Mr. Obama said.

In the same remarks, the US president extolled Nigeria as “obviously one of the important countries in the world and one of the most important countries in the African continent. Recently, we saw an election in which a peaceful transition to a new government took place. And it was an affirmation of Nigeria’s commitment to democracy, a recognition that although Nigeria is a big country and a diverse country with many different parts, nevertheless the people of Nigeria understand that only through a peaceful political process can change take place.”

These gushing comments signaled a welcome shift in relations between the two countries. President Obama had voiced warm sentiments when he first met Nigeria’s immediate past president, Goodluck Jonathan. Yet, America’s confidence in Mr. Jonathan eroded as he exhibited little control over the affairs of his country, permitting the country’s looting terrorists as much wrecking freedom as was claimed by Islamist zealots, Boko Haram. Given the perception, within and outside Nigeria, that corruption was the very currency of the Jonathan administration, the US was reluctant to sell weaponry to Nigeria or even to share critical intelligence. President Jonathan hardly helped matters when he proclaimed that Boko Haram was omnipresent, even embedded within his cabinet, but took little action to identify, flush and prosecute the agents of carnage.

Indeed, there were press reports of collaboration between Nigerian military officers and the henchmen of Boko Haram.

President Obama asserted that Mr. Buhari was “very concerned about the spread of Boko Haram and the violence that’s taken place there, and the atrocities that they’ve carried out, and has a very clear agenda in defeating Boko Haram and extremists of all sorts inside of his country. And he has a very clear agenda with respect to rooting out the corruption that too often has held back the economic growth and prosperity of his country.”

Despite all the encomia heaped on President Buhari, his US outing had some disturbing moments that deserve critical attention.

Even though President Obama and other American officials appeared impressed by the Nigerian president’s strategy for combating Boko Haram, there was little indication that the US was prepared to abandon its policy of not selling weaponry to Nigeria. Absent weapons and solid intelligence, the war against Boko Haram is bound to be an interminable nightmare.

On July 20, to coincide with President Buhari’s arrival in Washington, DC, an essay signed by him appeared in the Washington Post. A handy compendium of his administration’s goals, strategies and policies, the piece touched on such issues as terrorism, corruption, and the constitution of Mr. Buhari’s cabinet.

For all the marvelous plans laid out in the essay—in fact, owing to them—Nigerians should be worried. It is wonderful that President Buhari wants Americans and the world to know that he’s serious about changing the way business was done in his country. But Nigerians, not Americans, elected him into office. It is to Nigerians, not Americans, that he must first sell his agenda. There’s something awry in Nigerians hearing whispers from the American or other foreign media about what their president intends to do, and how.

In a piece titled “Who Does Obasanjo Work For?” and published on December 22, 2005, I made the following observations: “There ought to be no question whatsoever about the ultimate source of the proper yardsticks for measuring a leader’s stature and achievements. It is the citizens of a nation, not outside watchers, who in the end must act as arbiters of their president’s legacy. It is they, not foreign observers, who possess the sovereign mandate for evaluating the proficiency and power of a leader. It is on citizens, not foreigners, that devolves the onerous task of weighing a leader’s impact on the affairs of his nation.”

Why was it meet for Mr. Buhari to take to the pages of an American newspaper to explain why he’s not yet chosen a cabinet—and to reveal that he has set a September deadline to do so? Why didn’t he consider offering the information to a Nigerian newspaper, radio or TV—to signify a recognition that he is, first and foremost, a steward to Nigerians?

Since Buhari’s inauguration on May 29, Boko Haram has stepped up its attacks, most of them on civilian targets, including markets, mosques and churches. If the Presidency had a strategy for halting these attacks, it hardly told Nigerians. Yet, Mr. Buhari’s Post article explained, “we are beginning to see a degrading of Boko Haram’s capabilities as a fighting force. In recent weeks, it appears to have shifted away from confronting the military directly to an increase in attacks on civilian areas, as we saw only last week when an elderly woman and 10-year-old girl blew themselves up at a Muslim prayer gathering in northeastern Nigeria.”

Since his swearing in, President Buhari has not deemed fit to clarify his anti-corruption policy to Nigerians. Yet, he seemed more comfortable accounting to the readers of the Washington Post: “So the path we must take is simple, even if it is not easy: First, instill rules and good governance; second, install officials who are experienced and capable of managing state agencies and ministries; and third, seek to recover funds stolen under previous regimes so that this money can be invested in Nigeria for the benefit of all our citizens”.

As strategies go, the plan outlined by the president is sound. But why were Nigerians not the primary audience for the message?

Besides, the reference to “funds stolen under previous regimes” represents either a shuffle or waffle on the president’s part. Presidential spokesman, Femi Adesina, had stated about the same time that Mr. Buhari would limit his anti-corruption efforts to the administration of former President Goodluck Jonathan, his immediate predecessor. If Mr. Adesina’s claim is true, then one foresees the certain collapse of Buhari administration’s anti-corruption policy.

In a country where recourse to ethnic, religious and “zonal” sentiments is seductive, any policy that singles out Mr. Jonathan and his officials for graft would be perceived, one, as a witch hunt, and, two, as a corrupt gimmick to offer blanket forgiveness to the men and women who stole Nigeria blind under previous military and civilian administrations. I’ve argued before that Mr. Buhari’s All Progressives Congress (APC) has enough corrupt people to rival the Peoples Democratic Party (PDP). To declare a moratorium on the investigation of corrupt deeds by administration that preceded Mr. Jonathan’s smells of a scheme to shield Mr. Buhari’s APC cohorts. Nigerians will see through any such charade, and may not stand for it.