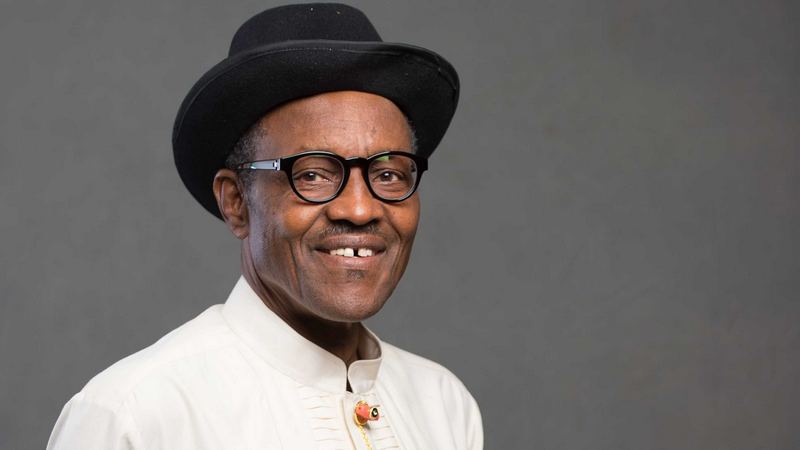 We are not ashamed we campaigned for your election as the President, Commander-in-Chief of the Armed Forces of Nigeria. It is now imperative for you to speak out! It is high time you or your Vice President Osinbajo addressed all Nigerians on the state of the nation. Nigerians are impassioned about the progress of Nigeria and the progress you have made to re-order Nigeria and re-invent its moral values. This writer quickly becomes inflamed anytime he sees Nigerian entity and potentials being threatened. We are also uncomfortable with the ways your personality is being impugned. It is important that those of us that love your persona without equivocation will criticize your government when it’s found wanting.

There are have been so many gaffes, missteps, ambiguous political moves and self-indulgence in your government. We are reluctantly indifferent to all these honest mistakes because of your honest intentions. You cannot do this job alone but you must be favorably disposed to concerned citizens’ criticisms in order to succeed. Some are honest wailers; some are opportunistic wailers. You should listen to them and make good judgement from their perceived criticisms. They are all plebeians. We watch with keen interest your attempt to (un)pad a fantastically padded national budget by the NASSty National Assembly (NASS). Make no mistakes, Nigeria has been a padded state since the inception of its nationhood. A nation you govern, is a complex nation. It is a nation full of many contradictions.

I am a bonafide and concerned citizen of Nigeria. I am also a privileged citizen of the United States. When America is in dire need of information about the misfortune or calamity in the State of the Union, the American president is quick to rise to the occasion to reassure the citizens of the State of the Union. I am not prescribing American model of presidential weekly address or briefing for you, but there should be a medium of similar initiative in Nigeria to inform the disgruntled citizens about the state of the nation; and to conscientize the nation in general. Lai Muhammed, your information minister has performed below expectations. He has succeeded in putting your administration in the political cul de sac, res ipsa loquitor(fact speaks for itself).

Your special and economic advisers have been found wanting on their jobs. A good consumable product; devoid of good ads or commercials will be made unfit for human consumption by other competitors. Your political adversaries and the impatient Nigerians do not have the patience for your incubating economic policy to hatch. Yet, they’re in the dark of what is going on in Abuja to alleviate their socioeconomic problems. Your economic agenda is shrouded in mystery to them. Most of them are beclouded by the immediacies of everyday living. The average Nigerian today (even armed with Ph.D. or impeccable academic credentials) is an economic illiterate. He sees the buoyancy of his country through the lens of his economic and social prosperity, not in the gross domestic product(GDP) of the country.

We sincerely believe in your sincerity of purpose and the courage of your convictions, but Nigerians cannot continue to be in the darkness of information travesty while you are sweating out daily to see a new Nigeria.

Meanwhile, the importance and gains of your official visits to China and other developed countries recently should be relayed in concise language to the ordinary Nigerian. Nigerian people are suffering in the midst of plenty. You shouldn’t play into the hands of the “Wailing Wailers of Nigeria” who wish your government to fail, so that they can continue to prey on the remains or carcasses of Nigeria. The life wire of any successful government is information dissemination to the Plebeians in time of national crisis or adversity. With unequivocal honesty, this is what your government is presently lacking or it seems to be flawed.

Your information Minister’s inadequacy at giving us prompt and credible information is hurting your envisioned government. Your citizens are impatient, and they have every reason to be expectant. Your body language initially sent temporary shivers to the spines of these economic serpents before they realized you were incapacitated by the checks and balances of a participatory democracy. Your no-nonsense persona seems to have been shortlived by this demonstration of craziness. Nigeria is deemed to urgently introduce benevolent democracy: a system of government that scorns corruption but benefits the masses. Lee Kuan Yew, the father of Singapore successfully used this in Singapore, and it worked. Corruption reduced drastically during Lee Kuan Yew’s administration, and it is now a sustainable development by successive governments in Singapore. Singapore, a once impoverished country is now one of the happiest nations in the world.

We are miffed by the Nigerian political idiosyncracies. The state of our union is very weak. We currently suffer from what I refer to as or call the ‘Nigerian judicial abracadabra’. For Nigerian corrupt individuals to stop, Nigeria certainly needs the Jerry Rawlings’ prescription or treatment meted on the Ghanaians’ economic ophidians as deterrents to others. Rawlings’ government was admixture of autocratic and benevolent democracy. Ghana is a nation re-inventing itself now. Ghana is gradually entering the comity of prosperous nations.

As the president of the Federal Republic of Nigeria, you must not allow corrupt politicians to go unpunished or pretend to go and sin no more. You have no choice but to succeed in the midst of these political hawks and scalawags in Abuja. They will do everything to frustrate your efforts to rid Nigeria of corruption. Corruption is a cobweb that has firmly rooted and structured the entity of Nigeria. This hydra-headed monster has metastasized our religious and political values. Corruption is killing the soul of the nation.

Honestly, capital punishment is a prescription to deal with these national economic saboteurs. And it seems imperative to introduce it. As long as the stakeholders of corruption are treated with kid gloves, they will continue to frustrate you and your government at curbing corrupt practices. Look at Saraki’s arrogance and his hydra-headed postures as regards the national and international exposures of his lineage on graft and corruption; a family with no iota of shame. There are so many Sarakis in Nigeria that needs to be curbed. Nigerians want corrupt people in jail to serve as deterrent to others.

Recently, your Chief of Army Staff (COAS) Lieutenant General Buratai was indicted in corruption charges by public scrutiny. It looks like the allegation has been swept under the Nigerian corruption infested carpet. Most members of your party (APC) cannot explain the sources of their stupendous wealth, yet some opposition party’s members (PDP) have either been arrested, being probed or are awaiting trials. What is good for the geese is also good for the gander. Nigerians, like this writer want fairness and equitable distribution of justice in a new Nigeria. The war against indiscipline and corruption should be all encompassing. There should be no double standards!

On a final note, it is pertinent to remind you that Nigeria is a secular state. Religion should be separated from politics or state affairs. The recent approval of subsidy of this year’s hajj to prospective pilgrims is depressing in a nation whose citizens are wantonly in cul-de-sac. Religion should not take precedent over education and social norms. Nigeria should be yearning for national integration and social order instead of promoting those nuances or religious idiosyncrasies that bring suspicion and disunity among the people.

The current judicial bureaucracy in dealing with official corruption is certainly dysfunctional and may be unsustainable if there are no deterrents. By conventional wisdom, Nigeria needs to jettison the 19th century judicial bureaucracy in order to meet the 21st century challenges. Mr President, our perception of you has not changed. It is plausible and unmitigated but very cautionary. As you walk the fine lines, It is our belief that you will not only succeed but your name will be etched in the sand of time.

God bless you sir as you re-consider your approach to dealing with these non-correctable children of corruption and the retractable national malaise.