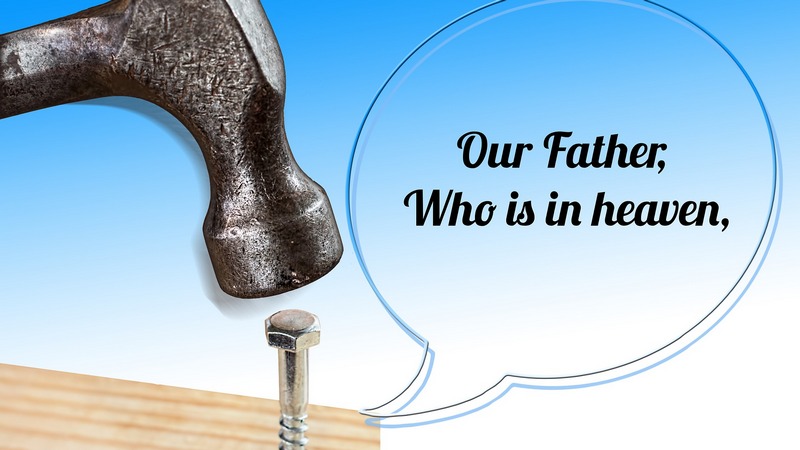 (I started writing this article in March 2014, but for some unknown, warped reason, never completed it. I have now decided to finish it)

“Nigerian leaders on Friday (28 February 2014) called on Nigerians to work harder towards ensuring the country’s unity”, with ex-President Olusegun Obasanjo averring that Nigeria will not break up. They made the call in separate interviews with State House correspondents shortly after they were honoured with the nation’s centenary awards at the Presidential Villa, Abuja”.

Former President, Chief Olusegun Obasanjo, said for Nigeria to have survived the first 100 years despite the various challenges of nation building, the country would not break up.

They should tell us what they mean by ”to work harder”? Nigerians should keep Nigeria one for them to continue looting!

Also recently, the Senate President, Mr David Mark, also bemoaned the continuous activities of terrorists ravaging parts of the country and pleaded with citizens to rise up against the orchestrated plot to destabilise the country.

Isn’t it incredible that those destroying our nation are the same ones that lecture the poor masses to refrain from destabilizing the nation? They want the poor, common Nigerian that they have impoverished and debased to fight their war for them. They want us to be their cannon fodder while they stay in their comfortable mansions and drive around in their armoured cars.

They are living in the dream land. Our leaders are simply the greatest threat to the existence of Nigeria. Many Nigerians have lost hope in them. My concern is how to awaken the consciousness of the followers into action(s).

It pains me a lot and wrecks my heart when I read utterances like this which smacks of the highest hypocrisy. It is the same Nigerian Leaders who are messing the country up; looting the treasury, indulging in corrupt practices, insisting on power at all costs; instigating and promoting religious and ethnic animosities that can lead to break-up; disregarding the calls and cries of their people for betterment, succour, development and progress, etc.

These are the same people who, decimating our education, build their own private schools and universities, and send their own children abroad for education with looted funds; who, neglecting the health sector, find it convenient to treat themselves and their families in overseas hospitals; who, refusing to maintain or construct our road networks, find it convenient to buy and fly in private jets; who, neglecting the development of our agriculture and food security have private multi-billion naira farms; who award our oil blocks to themselves and their friends and families, etc. They are the ULTIMATE HYPOCRITES!! They are the ones destroying and destabilizing (or been destabilising) Nigeria for a very long time with their greed, selfishness, ineptness, and corrupt practices; but listen to the tune they’re all singing now that election time is coming.

I am very much convinced that God will not come down and save Nigerians (from their leaders) because He has given us everything to have a comfortable life but we are too passive, gullible and because we celebrate thieves and mediocrity. The alternative is that we continue in a shameless spiral of dependence.

Quite frankly I don’t see how Nigeria can progress until Nigerians are cured of their self-hatred. It is this self-hatred; this self-deprecation that translates into the politicians’ and government’s contempt for the abilities or capabilities of Nigerians!

We need to amend our laws to give teeth to the agencies which are supposed to fight corruption. Our laws are not strict enough to ensure that sentences are stiff even when the rare conviction is achieved. We also need legislation on Assets Forfeiture which places the onus on an accused person to prove that he rightfully earned the income with which he/she acquired properties which appear to be beyond his/her legitimate resources. If a public official cannot account for how he/she earned enough money to own companies, shares in quoted companies, hill-top mansions, fleet of cars etc., such properties should be forfeited to the Federal Government by a Court Order.

Inasmuch as kidnapping and other social vices is a crime and must be condemned I will urge kidnappers to turn their attention to our (s)elected representatives! Because lack of visionary legislation is what is denying good utilization of our laws…you people kidnapping our money are killing us, I must confess

The Senate President also made a daft and inane comment that kidnappers are embarrassing Nigeria. How would kidnappers not embarrass the government when all what people in government (PIGs) do is to embezzle the resources that would develop security infrastructures and arm law enforcement agents with the best and sophisticated tools to combat crime? The hearts of Nigerian leaders are dark and evil. Nigerians must wake up, stand up, and hold their leaders responsible and accountable for their actions and inactions.

Nigeria has become a mindless and mediocre-run country, built upon a cult of personality and enforced by a reign of corruption and insecurity. George Orwell, in his famous satirical book, Animal Farm, demonstrates how simple political dogma can be turned into malleable propaganda and the “seven commandments” are replaced with the maxims, “All animals are equal, but some animals are more equal than others”

There’s a popular Nigerian pidgin slang/saying as “Monkey dey work, baboon dey chop”. Meaning: People in power putting in less work but eating off their minion’s labour. Nigerians would no longer accept a situation where some people would continue to feast on the sweat of the people in the country in order to fill their pockets. We must be relentless in our resolve to bring to an end the era of ‘monkey dey work, baboon dey chop’, which had characterized the abuse of the rights of the people of Nigeria.

A politician who works for his own self-interest and not the interest of the people is known as a “snollygoster.”, especially a politician, who is guided by personal advantage rather than by consistent, respectable principles. So, snollygosters we have in 95% of our politicians in Nigeria, and let’s call a spade a spade, that’s what they are.

“Monkey dey work; baboon dey chop”. They want the citizens to work hard so they can have more to loot. No, we don’t want Nigeria to break up; but the way the “Owners and Looters of Nigeria” are going, perhaps it is better if Nigeria breaks up sooner than later. They have to change their ways and show the way, the right way, and we will follow and work harder for ALL of us (Nigeria), not for them, the irresponsible and corrupt, opportunist rulers/leaders.

For all the recycled politicians in our House of Representatives, the Senate, States’ Houses of Assemblies and other key positions, it won’t take long before their cups are full. Things can’t, must not be allowed to continue like this any longer. Young energetic bloods, if we can call them that, or trust them, are doing the work, but the weak old hags are getting the pay!

How can unity, peace and progress be achieved in a climate of social, economic and political aberration and injustice; a situation where merit and hard work count for nothing, and form takes precedence over substance, and there is an inverse relationship between effort and reward?

Is our society stable, sanitised, corruption-free, equitable and fairly governed and rationally re-structured?

We cannot continue to do things that have not been working for us the same way and continue to hope we will get different results. There cannot be change without commitment and willingness to change.

Let the TRUTH be said always!!!