Always Have Disdain for Charlatanry and Reject Shallow Posturing 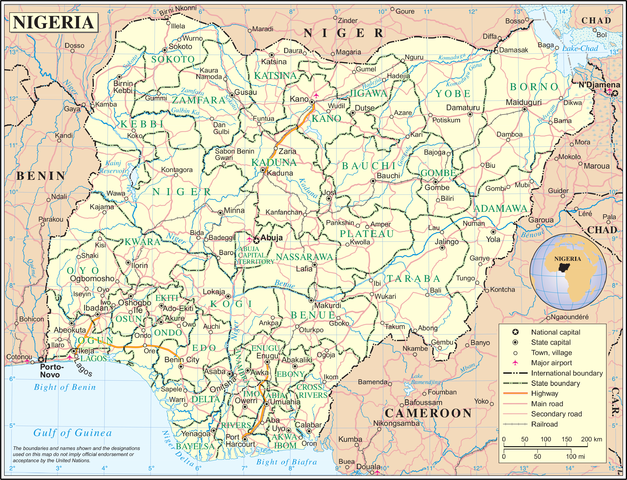 The statement calling on Nigerians to celebrate themselves is open to logical disputation, polemic and exposition. It was not given much thought. It is one of the many headline catching illogical thinking and  occasional disquisitions of a “master of the rolls” who enjoys  robust arguments. Those who believe in his infallibility must bear with me.

Those who can celebrate are those who got away with national and crimes against humanity, who were saved  by Seppine demons from the valley of the shadow of death, who ruled by pxoxy and borrowed brains, intrigues and subterfuges and the “OGBOJU” culture of pretending to be have all the solutions to Nigerias’ problems. What they are not, we all know their limitations.

The long arm of the law is stretching towards them. These political dinosaurs are worried because  laid their crimes against Nigeria will soon be laid bare for the world to see.

They lived to build castles in the air and on mountain tops. They wrote constitutions permitting School certificate holders to sit in high councils of the land. Then mediocrity took  over in the nation.

The environmental determination of cognitive modal thinking was regarded as sophistry, which should not count.

Centripetal and centrifugal forces eternally struggled for high position because of the access they will to steal national funds. The tide has turned. There will be rigorous law enforcement!

We give thanks for God’s righteous judgments. For God is not mocked, what nations and people sow, they shall reap.

As a result of the pursuit of money, intelligence and intelligence testing deteriorated abysmally, as men and women with poor grades or no grades sat in high office, ruling by proxy, hired brains, force, intrigues and subterfuges, playing ethnic promotion politics, without making it obvious.

Poor Joseph Wayas, with a diploma in marketing became THE SENATE PRESIDENT!!! The Senate and House of Representative members, we invited to present papers, revealed how shallow many of them were.

They triumphed but not over the latter-day judgment of history. WE SHALL REMEMBER THE DESTROYERS of the Federal  Republic of NIGERIA , (DFR) !!!! The Great Conmen of the Federal Republic (GCFR).

While they stole the national wealth, they set up institutions to go after others covering their crimes against the nation and against humanity.

Their decline and going into political oblivion is imminent as WORLD INTELLIGENCE UNIT, UK and the US have posted gathered damning information on the illicit wealth acquisition by some greedy and heartless impostors.

The dissolution of the Board of the NNPC has yielded information  that could blow your mind!

Those, who cannot celebrate are those civil servants, who corrupt and corrupted governors failed, with impunity, to pay their life-sustaining meager, earned salaries.

Why did the National  Council of state not condemn and order governors to do justice? Of  course the then President could not see that as his responsibility, since he wanted  the governors’ votes for continuity. He also could not distinguish between stealing and corruption.

A man who hi-jacked the PDP, started by brilliant compatriots like Dr. Alex Ekwueme, Chief Bola Ige, ran the party down, dumped  a sick man and a clueless genius upon Nigeria, tried to control the clueless fish  scientist, discredited the  party and quit at a critical time in the life of the party, has nothing to offer the nation, but deluded “political sophistry” charlatanry and half-baked soliloquys.

He recently dabbled into the  Senate crisis and the APC party  disputes. He wants to be the man to see.

The times have changed and the tide has too. Docile citizens are   now on the revolutionary path and this will mature with time, sweeping away the debris of ignorant assertions, charlatanry, seeking  national notice by making inane statements to the applause of   some purchasable libertines in the national press, who see  every illogical musings by populist demagoguery as printable.

Those, who cannot celebrate  are the millions of unemployed youths, the feral, marginalized under-achievers , who the misgoverned Republic has not given an iota of a chance, neglected old-age pensioners, who are paid delayed pensions, the half-baked graduates, who troop out  to die  in the seas, jails, in  Europe and America. No government cared whether they could  celebrate.

Those, who  can celebrate are those with huge bank accounts in Europe and America, who bought over-priced houses in Asokoro and Maitama, with stolen national funds. Others are oil block-owners, who profit from the over-exploited  topography of oil-rich Niger state.

They have the effrontery to rebuke the indigenes for complaining about their destroyed place in the sun.

Those, who thought that there would be continuity, bought choice homes in Europe and America with stole national funds. They bought  private jets with national money They  can celebrate.

No!  they can no longer celebrate. The tide has turned. A new sociocratic state, with socio-economic and social justice as cardinal principles of statecraft is in firm control and is ALREADY AIRBOURNE, making haste slowly. The Russians say” Tuxo yedish dalche budis” If you go slowly, you will  go far.

Celebrants  of yesterday will soon be hard put after their stolen wealth fly into the Central bank of Nigeria, where it belongs.

The AZATA/NEPU Party of only honest, patriotic and thinking Nigerian men and women, who are in the majority, who will take over government in  2019 avers that it will support the Buhari administration to fight to re-act the Indigenisation Acts, re-possess  the Federal government properties sold at under-value to cronies for THIRD TERM debacle support, uplift the educational standard and quality of education, fight unemployment, enact sociocratic  humane laws to guide the social welfare of all Nigerians.

We have documented the ignoble acts of destroyers and great  national criminals of the Federal Republic of Nigeria  since 1960 for generations to come.

For sixteen years, they misgoverned. They had their way. We have our say. (See “  Emmanuel Omoh Esiemokhai “Commentaries on Contemporary  Nigerian Politics” Authorhouse Publishing Company,  684pages) selling fast.

Those, who cannot celebrate  have suffered for sixteen years. They  should support  sociocratic change. Reject charlatanry, national attention seeking, untutored pundits, who governed by proxy and hired intellectual borrowings.

We advocate that we ban medical doctors from political practice. From Dr Michael Okpara to modern power grabbers, they cause a lot of confusion in statecraft, which they did not study its rudiments. Are they never ashamed that when our people are sick they go abroad for better treatment?

Indian hospitals are known for unwholesome practices. Our “qualified”, doctors, who do not practice what they marginally learnt  seem  scared to practice. Think of it, the herbalist is more humanistic and dedicated.

Go back to your hospitals and clinics, you yawning drones of Nigerian politics or surrender your certificates to your medical schools.

Dr Sanjay GUPTA of CNN turned down Obama’s appointment as Surgeon-General of the United States, because of his love to save human lives.

Reject charlatanry always. Condemn posturing and arrant opportunism. These and many other humanistic socio-economic  ideas are  the cardinal principles  of the sociocratic  philosophy and ethics. Where  governments respect and foster the social welfare of everyone and governments use law as an instrument of social engineering, social control and social change, insurgency will abate. Peaceful and harmonious living have a chance. Agents of the Luciferian hierarchy will have no grounds to cause social dislocation through indifference to human concerns. Sociocratic change is thorough, peaceful revolutionary change. It is cosmetic change if it is tolerant of old ways and old systems of governance. Social and political awareness is now unprecedented in Nigeria.