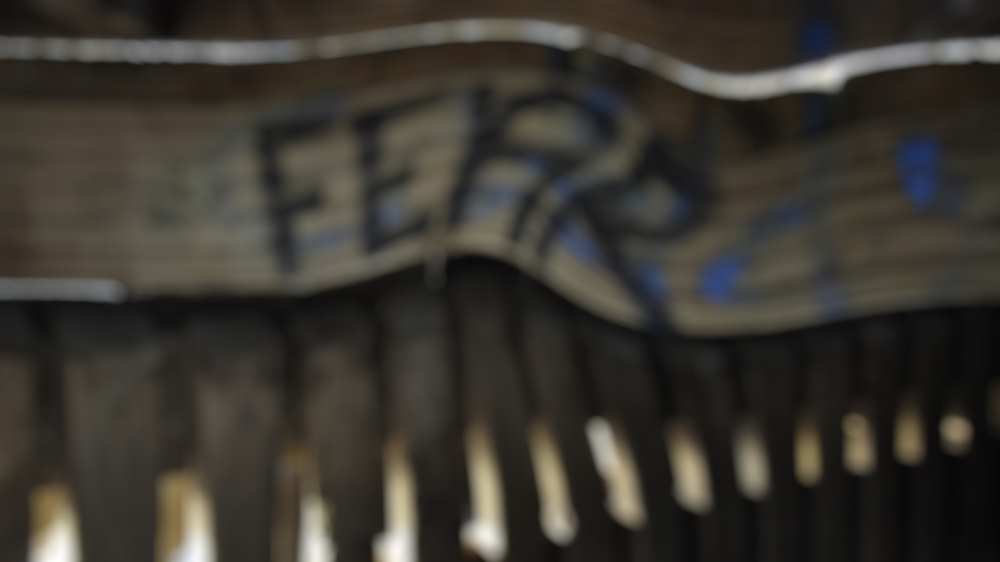 I wonder really if there are people who live without fear, people who against all odds have defeated what they fear the most, people who still catch their breath in their darkest moments. Or do people just bury their fears within the shelter of their heart to appear heroic? My own immediate elder brother, Obika, who has such a tough physique, with broad shoulders and thick muscles, always was afraid of cockroaches, those big brown cockroaches that fly making beetle like sounds. It sounds funny right?  On my own part, I have always wrestled with fear; fear of the watery deep, fear of death, of failure, war and terrorism.

My greatest fear recently may stun you; fear of the possibility of an independent state of Biafra. I know this may sound bizarre but my fears are not unfounded. Skeptics may sense traces of sentiments or perhaps illusion but I’m being objective and realistic.

Toward the end of last year, a group of men and women carried out a protest at Onitsha. I was in one of these The Young Shall Grow buses. I peeked through the window with considerable trepidation to read what was written on the placards that they carried. They were Pro-Biafra agitators. And their mantra sang: Release our Nnamdi Kanu. Roads were blocked, vehicle wind screens were smashed with sticks and hawkers ran helter-skelter, some with their commodities, others without. It was a violent demonstration that visited Onitsha. When policemen finally arrived, a staccato of gun shots were released until the demonstration abated. Later on, four corpses were discovered.

Furthermore, following the release of Nnamdi Kanu, many Igbos honoured ‘Biafra at 50 by sitting in their houses. In Imo state, civil servants, tradesmen, artisans, bus drivers, and almost everyone ceased to operate in a commercial way. The state was virtually dry.

What do you make of that? Why is the common Igbo on the street so desperate for the actualization of an independent state of Biafra? He says it will be a strong state probably because Biafrans designed the Ogbunigwe, a big bomb, real weapon of mass destruction that scared the hell out of the Nigerian soldiers; crude as it was, it killed in thousands! The Nigerian soldiers were so afraid of Ogbunigwe that each battalion of soldiers was preceded by a herd of cattle.

But he is quick to forget that things were so bad in Biafra that everything was scarce and expensive. I learnt at the feet of my aged father that men were drafted to the war front with no training and nothing with which to fight their enemies. Mother watched helplessly as her baby died slow painful death from malnutrition and treatable diseases. It was appalling. When a bomb dropped, and the shelling began, mothers abandoned their babies. Families were scattered.

I wonder why humans fight wars. Yes, come to think of it, why do humans fight wars? I still have memory scars from stories about the civil war in 1967, about how attempted secession by Ojukwu led to mass slaughter of Igbo folks

I am not just afraid of another civil war; I worry about the possibility of agitators succeeding this time around in their quest for independence. I have fears about Biafra, how it will fare as a sovereign state. I fear doom. Like I mentioned at the onset, my fear is not unfounded and it is free of sentiment and illusion, at least for three reasons:

First of all, the Igbos have less than enough resources to be independent. So if Biafra becomes a sovereign state what will sustain the economy? Is it the same petroleum that is not even found in large quantities in Igbo land, or palm produce which has almost disappeared from the landscape? Yes, it has been said that the people are commercially oriented and industrious. But what do we see on ground? Okay, we have record of a few companies assembling Chinese items and numerous people importing disused stuffs from Asia, Europe and North America. Is it not reasonable to believe that a commercially oriented people would require a large market to ply their trade, the sort of opportunity that exists in a populous giant like a united Nigeria?

Second of all, I worry that the many Igbos who have been involved in inter- ethnic marriages may have to carry passports and cross customs formalities to visit in-laws and uncles. Worse yet, our houses will become properties in a foreign land. Igbos like me will need periodic immigration formalities to be able to live in our own house, to school and to work. Those Igbo men who have businesses in Nigeria, will be seen as foreigners. In fact the relationship between Nigeria and Biafra will be just the same way we relate with Cameroon or Cote D’Ivoire. Children of Igbo origin will not be eligible for certain opportunities in Nigeria just because they have become Biafrans. This is actually what I worry about most if Biafra is put to birth. The fear of becoming an alien resident in a land that used to be my mother’s makes me blue in the face and my heart to skip with anxiety.

Last of all, the Igbos do not have adequate land area. How would the over forty million Igbos thrive in a total land area of 29,000 square kilometres? Some states alone like Niger have over 95,000 square kilometres of land. Simply put, it is sacrosanct to believe that It lacks economic sense to crave secession.

There has not been adequate public debate, even among the Igbos, on the need or otherwise, for secession. If the vast majority of the affected people are truly convinced that their lot in life would be better if they played their game in a smaller field, I tell you, there is no way that anyone can stop them. What we have at the moment is nowhere near a mass movement. You’d wish that someone would conduct a free and fair referendum just to know if truly the vast majority of people deem it fit to pull out of a big league which they had helped to create. And if yes, what would be the modalities for separation and the political structure of the new nation. Still, I’m worried because agitators’ strengths are gathering momentum especially with their incessant threats and offensives. I do not even know what will be my fate when the agitation climbs up to its very peak.

If I was not Igbo, I’d probably not be poking my nose in this issue, but I am. Therefore, I cannot continue to remain silent and be distressed by the burden of my own fears today, fears that cause me regular goose bumps; that cause my breath to come quickly and unevenly; that leave me utterly confused and unsure of my tomorrow and beyond. I really do not want a new Biafra; I want a better one Nigeria at least, for the sake of the generations to come. It is on this backdrop that I implore the Federal government or the Presidency as they say to wake up to the urgency of strategic policies that will heal the wounded unity and economy of the nation before the demon of a thing called secession is eventually blown out of its container and perhaps violence, confusion, and anguish stalk the street, bare and unclothed.