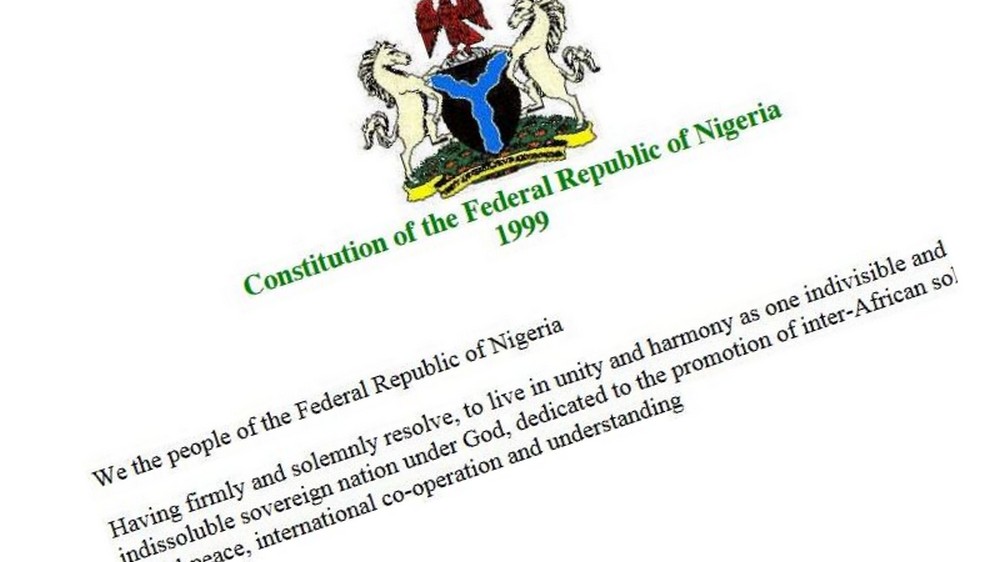 Following the 3-month quit notice handed down to the Igbos living and working or doing business in the northern states, the Biafran agitation on one hand and the restructuring of the federal system of government (we are practising on the breach) on the other has been gathering momentum. No time in our national history has there been such audacious challenge of the moribund status quo. The hitherto bottled-up emotions are flaring up breeding frustrations with tribal elements and regional ‘lords’ flexing muscles. Joining the fray for unity or disintegration also are the ‘neutrals’; that is, those who see unity as good but with a fundamental proviso: wholesale restructuring of the political system.

We have made our position quite clear from the onset that unless and until we restructure our defective federation, harmony and peace would continue to elude us. The signs and sounds of the times are frightening enough and the future appears endangered! We have collectively compromised the great future of our nation by the actions, omissions and commissions of those we gave the mandate to lead us aright but have all failed us by their open display of lack of social solidarity. We vote them into power and they loot the treasury for their children and generations yet unborn!

For the past 57 years of our flag independence our successive leaders had all lived in denial of the unsustainability of the status quo. Many people along ethnic lines had felt marginalised yet they pretended that with coercion unity could be sustained or imposed. The social problems of today never originated today or yesterday. They were the by-product of a unilateral amalgamation of 1914. More than a century after, discordant irreconciliable voices have arisen to lay claim to ethnic, religious and regional affinities. Truth be told, Lord Lugard made a tactical grave mistake by that singular dictatorial imposition — something which is being repudiated from different quarters.

There are serious issues of justice and fairness begging to be resolved yet our so-called leaders pretend that all is well or will be well! Nothing can be ‘well’ in a nation of diverse nationalities where a region see themselves as “born to rule” while another is seen as mere “traders”! The cacophony of voices asking for the injustice and inequity to be corrected must be heard and justice done. Failure to accommodate their grievances would ultimately lead to one plausible outcome: balkanisation. We have seen it happen in the defunct Soviet Union. We have witnessed it occur in the former Yugoslavia. Recently in history we saw it manifest in Sudan/South Sudan.

Nigeria as presently constituted federally is not working and can never work in the overall interest of all and sundry. Hence the urgent need for some constitutional tinkering or engineering involving radical restructuring based on true federalism. The Arewa youths that gave the glorified Biafrans till the 1st of October to return en-masse to their ancestral homelands in the south-east must have done that out of frustration or arrogance or both. But they have done something good for those hell-bent on achieving what the late Ikemba Ojukwu never saw happen in his eventful lifetime.

As a parable goes in Igbo language (ukwu agbara nwa awo bu inye ya lift) the descendants of Dan Fodio up north have helped kick the toad which in essence would serve it well rather than the punishment it was intended to be. Biafra as a self-determination idea can never die! Those thinking otherwise are only deceiving or fooling themselves. It is like a planted tree surviving generations. No amount of force can obliterate it from the consciousness of the people concerned. The best way to go is for a radical change to be administered to our leadership structure. And for a stop to be put to those anti-progress schemes like the federal character that tend to kill competence, talent and dream.

Nigeria can still become a great nation (in the real sense of the word) if we can agree to live together on terms negotiated without ‘no-go-areas’. The issue of a super presidency must be done away with as the first step forward. A situation where a President is constitutionally invested with limitless powers cannot be tolerated for long. We must endeavour to make that office less attractive by devolving more powers to the states. The President of Nigeria is imbued with uncontrollable extra-ordinary powers with which he can do anything with impunity! He can rape a Monika Lewinsky in his office without any consequence. He can take your wife with you doing nothing! He can decide to raid the national treasury a la Idi Amin (RIP) and get away with it. The late Gen. Abacha did that and nothing happened to him post-humously! He can throw anybody to the gulag without trial for years. He can wake up one morning, and depending on his mood, ask for some human heads for sacrifice and the security staff would get cracking without question! Yet democracy, as we know it elsewhere, does not work that way.

The leader of the Niger Delta Peoples Volunteer Force (NDPVF) Alhaji Mujahid Asari-Dokubo recently posted on his Facebook wall an interview he granted an unspecified media outlet wherein he declared himself a Biafran! Reading through the interview online one came across a vintage Dokubo: intrepid, pungent and straight-forward. The ex-Niger Delta militant from Ijaw ethnic group said that he was not a Nigerian but a Biafran explaining that though he was not a member of the Indigenous Peoples of Biafra (IPOB), he was in full support of the struggle for the restoration of Biafra. Like Nnamdi Kanu, the leader of IPOB, Asari-Dokubo said he was opposed to restructuring of Nigeria further arguing forcefully that agitation for the sovereign state of Biafra was not a call to war but that of self independence.

According to him: “I’m not a Nigerian. Nations are not imposed on people. People don’t sit down in Berlin or anywhere and make people Nigerians. Nations are created by the will of the people. My people have never accepted Nigeria and so, how can I be a Nigerian? Nobody can impose Nigeria on me …. The free will of the people create nations. If everybody gathered together, the Ijaw people, you know which includes the Kalabari people, nobody forced the Kalabari people to become Ijaw people, because naturally, they know they are Ijaw people…. So, nobody will force an Owerri man, an Nkwere man to be an Igbo person, he naturally knows he is an Igbo person….. So, if we want to be Nigerians, then we have to sit down, and decide for ourselves that today, we are going to be, or as separate identities, and accept Nigeria as our country, as our nation and we become Nigerians. We’ve not done that”.

On a lighter note Asari said he has 21 children and would want to live to attain old age! Dokubo must be a strong man indeed to have fathered a score and one children at the age of 52! He forgot, however, to tell us how many women gave birth to those siblings. As a father of 21 children Asari-Dokubo must be a good Muslim who adheres to the Islamic doctrine of marrying more than one woman if you could take care of them and the children. He must have made a great fortune by his Niger Delta resource-control violent agitations so the issue of means to cater for the kids does not arise here. Besides, one doffs his hat for his libidinal prowess!

Earlier this week too another prominent oriental lawyer and former President of the Nigerian Bar Association, Dr. Olisa Agbakoba (SAN), addressed a press conference in Lagos where he condemned the call for the country’s restructuring describing it as a “political calculation by the elite to grab power in 2019”. He justified the demand for self-determination by the Nnamdi Kanu-led Indigenous Peoples of Biafra, which is seeking a referendum to achieve same. Agbakoba is a seasoned lawyer so he knows what he was talking about.

He said the Federal Government must immediately initiate a process to put the continued existence of Nigeria as a sovereign entity to a debate, stressing that restructuring was not the road map to federalism. Agbakoba declared, “I see every politician now says restructure but I disagree. I also think the Acting President was wrong to say that Nigeria is insoluble. There is nothing sacrosanct about Nigeria. It can blow up anytime. It’s an artificial creation, which was made in 1914 and when it was amalgamated we were not there. It was amalgamated in the interest of the colonialists.” Sound jab there!

Alhaji Mujahid Asari-Dokubo’s pro-Biafra declaration must have come as a melody in the ears of ’emperor’ Nnamdi Kanu and his huge Biafra-or-nothing congregation. But caution must be exercised lest a monumental error of judgement be committed yet again. During the Biafran prolonged war and thereafter the late Ken Saro-Wiwa was known to have played some pro-Nigeria anti-Biafra roles assigned to him by the ‘masters’ of yesterday. He willfully sabotaged the Biafran cause for fear of his ethnic Ogoni minority being naturally part of the Biafran nation or outright hatred of the Igbo gut. He paid dearly for campaigning for the environmental rights of his Ogoni people; he was hanged and allegedly buried sprinkled with acid!

Besides, the landed properties abandoned in the Niger Delta region by the fleeing Biafrans were much harder to be reclaimed (in fact many were never reclaimed) than say those left over in the south-west and even up north. Therefore, while Asari Dokubo’s pride as a Biafran meant good tiding for the Biafran agitators they must find a way to disabuse the minds of the brothers and sisters in the Niger Delta who still (rightly or wrongly) see the Igbos as exhibiting omnipotent and omniscience mentality. This must be done for the spirit of brotherhood to prevail.