For at least three decades, enthusiasts of Nigeria’s visual arts scene have been familiar with the name Bona Ezeudu. In the mid-1980s, Mr. Ezeudu emerged as a sought-after artist, a member of the highly regarded Aka circle of artists whose inaugural exhibition held in 1986. These artists were individually accomplished, but they burst as a collective onto the national and international art scene. Their works gained critical acclaim within and outside Nigeria, and attracted collectors from near and far.

Working in the media of painting and sculptor, Bona soon established a formidable professional reputation. He compiled an impressive dossier of group and individual exhibitions both within Nigeria and several foreign countries. For a while, it seemed a safe bet that only diminished personal drive could possibly stand between Bona and a soaring career as an artist. 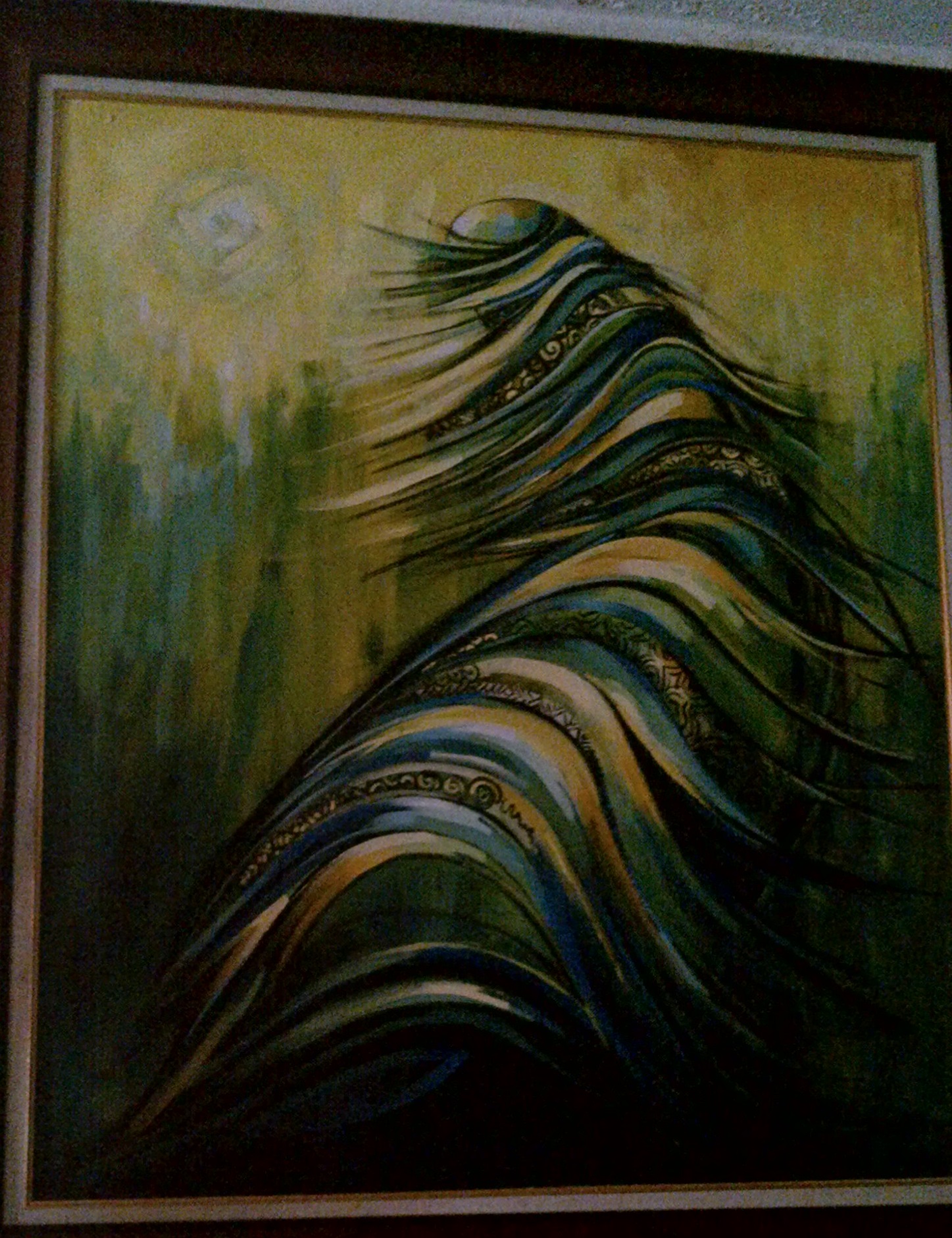 Then on September 26 2009, he and his wife Ngozi, a teacher, received a jolt that no parent should ever have to face. It was the kidnap of their 19-year-old son, Lotachukwu – Lota, as family and friends called him. A rather bright second-year accountancy student at the University of Nigeria (Enugu campus), Lota was last headed for the home of a Divisional Police Officer, Sam Chukwu. He and the DPO’s son, Nnaemeka Chukwu, were classmates in secondary school. The two young men often exchanged visits. On the fateful day, Nnaemeka had asked Lota to visit and help look over a computer that one Desmond Chinwuba ostensibly wished to buy. Earlier, Nnaemeka had told Lota and other friends that Desmond as well as one Ernest Okeke were both serving police officers, and his father’s aides. It was a flat lie.

Both Desmond and Ernest, it turned out, were ex-police officers making a living from crime – and under the apparent protection of a senior police officer. Both men had been arrested, charged with armed robbery, and fired by the police. Curiously, the DPO gave shelter in his own home to these two rogue cops.

A skilled young man, Lota boasted a technical flair that enabled him to take a look at a bad computer and fix it. Yet, when he answered Nnaemeka Chukwu’s invitation to look at a computer that Desmond was reportedly interested in purchasing, he became an apparent victim of entrapment.

To this day, his parents Bona and Ngozi quaver as they recall the first time they received a telephone call from Lota’s kidnappers demanding a hefty ransom. Lota’s sisters have been scarred by their only brother’s absence from their lives. Many sleepless, horrendous nights have been part of the family’s lot. Numerous friends and relatives ran to the Ezeudus’ side, to lighten the weight of their anguish. Even so, the agony still sizzles like a raw sore, the pain often unbearable. Three and a half years later, Lota has not returned to his family and has not been heard from. One of the suspects has reportedly confessed that Lota was murdered.

Ernest Okeke, Nnaemeka Chukwu and several other suspects are in custody, charged with plotting Lota’s kidnap. A court also ordered that the police arrest DPO Sam Chukwu. Mr. Chukwu eluded the police, and has been in hiding for more than a year. Desmond Chinwuba has been on the run as well.

One casualty of Lota’s disappearance was that Bona’s artistic creations ceased. For more than three years, he devoted his time entirely to ensuring that those responsible for harming his son were brought to justice. It became a consuming mission, an unrelenting task. Some friends and relatives as well as investigators implored him to move on, to leave everything in God’s hand. But Bona refused, as he should. Part of the trouble with Nigeria is precisely that citizens who are needlessly, undeservedly subjected to trauma are all-too often ready to let their tormentors off the hook, willing to stare skyward and say, “God, revenge is yours.”

That kind of abdication does not solve any problems; it perpetuates and compounds them. The criminals in our midst are unconscionable. They thrive – and will continue to thrive – as long as aggrieved persist in throwing up their hands in helpless resignation. As parents, Bona and Ngozi chose a different path: to invest time and resources into seeing that justice is done by their son and by them.

A consummate artist, it was for Bona a huge sacrifice to have to put aside his art in order to focus on holding a set of evil conspirators to account. Art has been Bona’s passion and vocation for years. We both attended the same secondary school – St. Michaels, Nimo; even in those days, he showed signs of turning into a star artist. I was left awe-struck by his paintings in those days. He was also the cartoonist of our school magazine; his cartoons entertained, inspired, and provoked thought. It was as if, in those early days, he served notice that he would emerge in time as an artist to be reckoned with.

He more than fulfilled that promise. After a stint as a college lecturer, Bona resigned and committed himself wholly to his art – achieving the distinction, rare in any society, of making a living from his creativity. Then the forces of darkness snatched his son away and forced an interruption of his work as a professional artist. 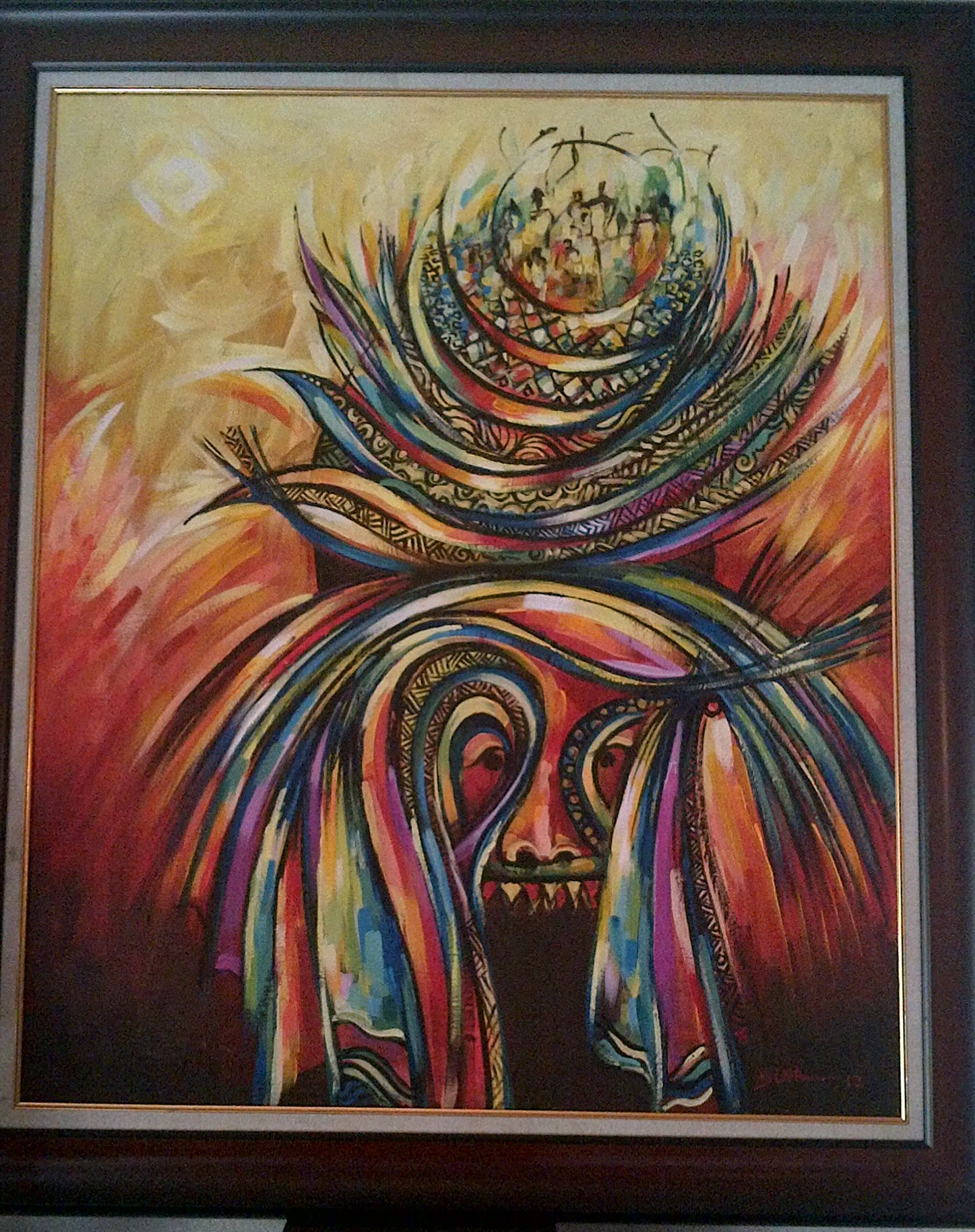 For me, then, it was a great relief to learn that Bona had returned to his art and has a solo exhibition that’s due to open in two days – on Thursday, March 28 – at the prestigious Didi Museum (175 Akin Adesola Street, Victoria Island, Lagos). The exhibition, which opens at 5 p.m., represents something of a major creative resurrection. The exhibition will run till April 7, 2013.

I say, thank God that, after undergoing such an unspeakable personal tragedy as the wicked murder of his son, Bona has come to rediscover his artistic spark.

During a recent visit to Nigeria, I was privileged to visit Bona’s gallery and to see some of the paintings for this upcoming exhibition. I had anticipated a certain funereal twist to the work, a reflection of the artist’s tormented spirit. Instead I was delighted to see that the paintings are some of the most exuberant and triumphant creations of Bona’s extraordinary career. Indeed, the paintings bear the unmistakable mark of Bona’s artistic signature – a fluid and bold deployment of colors, crisp attentiveness to imagistic details, and an abiding interest in exploring the intersection between the material and immaterial realms of experience.

Clearly, Bona’s current work is a testament to an artist’s insistence that art can serve as an idiom of rebirth. In the current works, Bona celebrates life and offers the ultimate honor to a son whose star was abbreviated far too soon. Bona reminds us that art can offer humans a means of triumph over pain, tragedy and evil. His art, which was always powerful and resonant, has acquired an accent of urgency, vibrancy and a celebratory air.