Change is never a Creation or Monopoly of any Party! 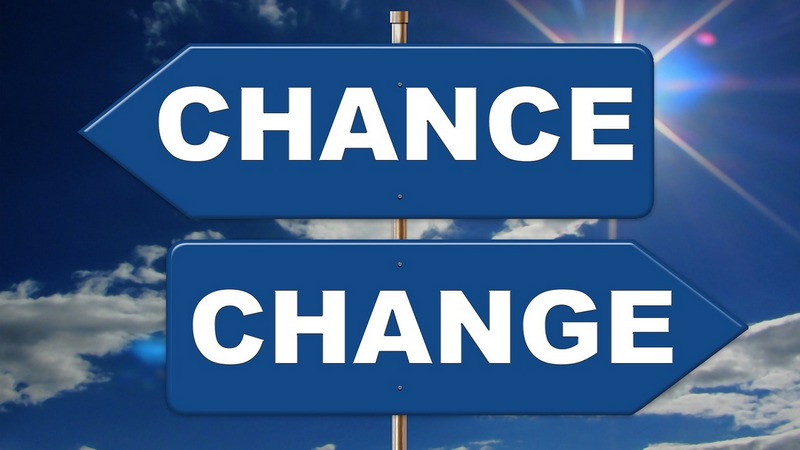 Or (Why The Noise? Buhari is not the Best in Nigeria)

I have been wondering what the difference is between ex-President Goodluck Jonathan’s TRANSFORMATION (Agenda) and President Muhammadu Buhari’s CHANGE slogans. I was not too surprised to find out that they both mean the same thing.

But being Nigerians, we have made those two words, synonyms of each other, over the past one year to make them look, sound and work differently. Mischief was in the air. It was as if Change was a new word entirely.
What should matter, in Nigeria, is that Transformation, cue Jonathan was not delivered, while we are still hoping for Buhari’s Change.

It is therefore very myopic, ill-informed and mischievous for some of us to attribute the CHANGE that we yearned for and voted for as ONLY being the cry of the All Progressive Congress.

For sour grapes, everything Change is only meant for APC, and they failed to see and acknowledge that the Change is for the whole of the country – its governing system; its institutions, public or private; the education, orientation and mentality of its people; our way of life and betterment and empowerment, etc.

So within a month of a new government of a new party, anything that seems to be going is gloatingly referred to as “So this is the change you want, and this is what you get”.

I beg to differ. If APC legislators are fighting themselves to the finish to get positions in the Senate or House of Rep, or in the states’ Houses of Assembly, it is a Nigeria problem, attributed to the Nigerian mentality and our political immaturity, not a preserve of the APC.

I am not holding brief for APC here, but to impress it again of my long-held belief (probably till I die) that the Nigerian political class are the same, insane and inane – totally devoid of any ideological values, norms, morality, conscience, sensitivity and knowledge. On the long run, there is no difference between APC and PDP, or any other political party, and their players, and I think majority of all analytical and political savvy Nigerians have always agreed on this, even when we support one dim-witted party or the other.

Nigerians – at least, 15 million of them – wanted anybody but Mr Jonathan. They saw in Mr Buhari somebody better than Mr Jonathan, but I will agree with anybody that Mr Buhari is not the Best in Nigeria; however, where/who is/ are the Best in Nigeria? Nowhere to be seen and we may never know. Or maybe, there is nothing like Best anywhere in the world. So why don’t you just stick to the Better and inspire and support it to be the Best, instead of condemning him just after 30 days of a 4-year mandate and predicting failure for him? What benefit will that be to Nigeria and Nigerians if he fails? Are we encouraging him or disparaging him with that to try and effect a desired popular change? Put yourself in that position.

So, what exactly are our expectations? Stable and improved electricity generation and distribution and supply, availability of petroleum products, security of lives and property, food security, good education and good healthcare system, etc.; all these will drive development and give us progress, but our outcry over appointment of ministers and heads of agencies and parastatals are misplace because such requires National Assembly approval, a house which is yet to put its house in order. So why don’t we measure performance based on how the leaders are faring?

The Change is not a monopoly of the APC. It is a world-wide cry, only borrowed by the APC, and because Nigerians needed a change in almost every sphere of our lives, we grabbed at that straw thrown out by the APC because the PDP was sinking us very fast. We needed a lifeline. Do we now pull the person holding a lifeline to us back into the abyss with us?

This is not to say that APC created some falsehood and deceit to get to power. It is a political ploy employed all over the political world. Politicians are never known to be totally honest anywhere in the world, and their reputation of being prone economical with the truth is notorious. I am very sure, the APC meant well for Nigerians as a party, but of course, some individual members are a different kettle of fish entirely, and the same applies to other parties too.

While personally I have never for once been a fan of the PDP as a party, there are so many members whose sincerity, unquestionable patriotism and commitment to betterment of peoples’ lives can be never be in doubt. Examples abound, and I know some of them personally, close friends and family of mine, and even some of the top leaders of that party. In other, words, as the PDP consists both of well-meaning politicians and political miscreants, so do the APC; and as the APC contains many sincere politicians, so the same applies to the PDP, and other political parties too.

That is why not many politicians, APC or PDP, as it is playing out within such a short time of this new government of Change, embrace the call for Change. It is purely an individualist Nigerian malaise. And this is why several APC legislators are undermining their own party, its discipline and loyalty for purely personal and selfish reasons and inordinate ambitions. They are all in there for the money and the position, and certainly not for the people, and this is where we have a problem which they do not seem to be aware of – the people of Nigeria are angry with them.

Here, we should be downright honest with ourselves, at least those who voted for the APC change. It was Muhammadu Buhari that was voted for, not the APC as a party, per se. If, God forbid bad thing, Tinubu or Atiku or even Okorocha had emerged as the APC Presidential candidate at the APC primaries last year, Mr Goodluck Jonathan and his acolytes will be celebrating another four years at the helm of affairs of this unfortunate country. To me, this is an inconceivable hell.

Again, we have to face up to the reality that the Change is compromised by the fact that several, if not all, of the people who will be making (in fact who, since 1999, have been making) laws for us are verified miscreants; failed and corrupt ex-governors seeking refuge and more loot in the legislatures; accused criminals (fraudsters and drug barons), jobless individuals who have no verifiable sources of income; failed and bankrupt businessmen/women whose only hope of survival is to be getting free money in the National Assembly and states Houses of Assembly. So when you have such a den of thieves, so to speak, how can one man, in a democratic dispensation, produce Change, even if these rogues are all members of his party?

We have a problem!!!

One will see that the very fact that a governor, who has served two-terms (eight years) and then forced his way into the Senate is a selfish, greedy and corrupt idiot. And I am being kind to him here. Very kind! Tell me, how effective a lawmaker will such a crooked lawmaker be, somebody, who while in office, regularly and routinely and deliberately ignore and discard or misinterpret the Constitution and laws of the land? And he’s making, or pretending to make laws for all of us?

By the way, why is it that these ex-governors always go for the Senate and not the House of Representatives? Do they consider the lower house inferior to their status as failed and corrupt governors? Again, why do serving or ex-ministers never go for the National Assembly, but always go for the governorship of their different states?
I will strongly advocate that any ex-governor should be banned from contesting for the Nigerian Senate immediately after leaving office, and must wait for a minimum of 8 years before he can seek any such position. By this time, their sins/crimes against humanity would have been uncovered, and their influence waned in their constituency, they will never ever smell power and influence again.

Finally, Margaret Mead said, “Never believe that a few caring people can’t change the world. For, indeed, that’s all who ever have” and Sir Winston Churchill, was quoted, “To improve is to change; to be perfect is to change often”. So was Maya Angelou, “If you don’t like something, change it. If you can’t change it, change your attitude”.

Take your pick, Nigerians! You cannot have change without pain. Change is a way of life, and is not new. It is a must for survival of anything. Dinosaurs could not change their ways of life, and they became extinct, so did the Tasmanians and many other ancient cultures and societies. Those who were able to change are the survivors today, and some who are still here with us but cannot change are destined for misery and annihilation.

Don’t deride CHANGE. It is the same as TRANSFORMATION; the difference is in the methods of delivery.