This is indeed is cheering news but I dare say that though the move is a welcome development, it amount to just scratching the surface as the unethical practices of some of these registered or unregistered private hospitals especially in Lagos is deep rooted. There are hundreds of health clinics operating in alone and this has gone on for years. The result of their existence has been tale of woes for the unfortunate citizens whose lots have been to patronize these death chambers called private hospitals. It is indeed a sad statement of the long years of decay that has dogged our health care system in the country where government owned hospitals have been reduced to mere consulting clinics.

The neglect of the government owned health institutions became a blessing in disguise for the smart Alecs who took the opportunity to exploit the people while providing substandard services and paying scant attention to the safety and health concern of their clients. The situation got to its peak when several unlicensed operators of private clinics opened shops, sometimes clandestinely in buildings unmarked and in most cases not designed for health services. Now we have some of these health clinics in private rooms and various unambiguous places. It is indeed a shame that unscrupulous people will commit the original sin of playing with people’s lives for pecuniary gains.

More worrisome, is the impunity with which these health clinics operate. Mostly unregistered with half baked health personnel, they exist in terrible conditions unfit for the status of a health clinic. This rot has gone on for too long and it is indeed a surprise that the State Ministry of Health Private Health Institutions Accreditation Agency just came into being in 2006. This probably explained the reason for the indiscriminate proliferations of some of these substandard health institutions in in particular. Countless lives have been lost to the unethical practices of the health clinics alone in . There have been reported cases of negligence occasioned by incompetence on the part of the hospitals which can be compared to death chambers. It won’t be an exaggeration to say this.

Examples abound to support the above for sometimes in 2006, a couple who had waited for some years for the fruit of the womb visited one of such maternity homes where the woman in question lost her life and that of her stillborn baby. It was alleged that the doctor who was meant to attend to her left her in labour for a whole a day! He was reported to have had another call in another hospital while he left the unfortunate woman to die in pain while trying to deliver her baby. The most intriguing aspect of the unfortunate incident was that he left an illiterate and helpless midwife to attend to her!

Health care is very expensive in so expectedly, it is the poor families that patronize these health institutions. The National Health Insurance Scheme is yet to be seen to make any impact to address the health care needs of Nigerians. Most Nigerians in this category have probably not heard of theme scheme talk less of benefiting from it.

The activities of the health institutions should be a cause for concern for government and that is why the current accreditation exercise in is indeed timely. How long shall we continue to lose precious lives to the activities of unscrupulous people in our midst? These merchants of death do not care for the lives of their patients. In some cases they recycle such items as syringe which they use on several patients at a time. They even administer fake drugs on the patients that visit such hospitals.

The question that should be asked the authorities is the criteria for the establishment of private clinics. We have seen cases of individuals without the prerequisite training and medical background who operate clinics and perform experiment with people’s life! No wonder thousands of lives have been lost to these charlatans who disguise as doctors, nurses and midwives. Cases of maiming, deformity, blindness and death as a result of wrong application of drugs and injections on infants and adults are rampant.

The most brazen of the activities of these ubiquitous hospitals is that they conduct illegal abortions and complicated operations which result in heavy loss of lives of their patients. How can one explain a situation where patients are cut open under the most unhygienic conditions? Sometimes operations are conducted with candle light and without the provision of anesthesia. So the patient is made to go through excruciating pains which may ultimately lead to death! These incidents sometimes go unreported and this is the sad aspect of it. The relatives of victims in most cases are poor and cannot pursue legal or other options to redress the injustice done to them by these charlatans.

It may be argued that they brought it upon themselves. But the alternatives are limited because a visit to government hospitals revealed that patients are in most cases rejected because of lack of bed space. So it is case of the devil and the deep blue sea! The health sector needs total revamping to provide access to safe and responsive health care for the masses of our people. We cannot have a country that will leave the health of her people to fate. Expansion is needed to absorb our surging population. Can the present health centers, general hospitals take care of the massive population? We need huge investment in the health sector.

The root ethical problem with private medicine is its abandonment of the ethos of traditional medicine, in which the needs of the patient are placed above the needs of the caregiver, in favor of an ethos of profit. As a result, corporate methods of industrial competition eliminate clinical expertise and care giving. This is not only tragic and mistaken, but also unethical and immoral. There have been cases of where victims of accidents bleed to death because the relatives cannot put down advance for treatment. What manner of doctor will abandon a dying patient in favour of advance payment? This happens often in our private hospitals? Isn’t life sacrosanct?

The boon the private providers enjoy today is a result of years of neglect and corruption in the public health sector. Corruption has direct implications for the collective goals of providing health care for all citizens. It undermines health policies and initiatives, deprive those most in need of access to health care and severely hamper the potential to achieve the health-related Millennium Development Goals (MDGs). The Health Monitoring and Accreditation Agency in Lagos State Ministry of Health should intensify its effort to close down more substandard private clinics.

A massive orientation is needed to sensitize Nigerians not patronize substandard private clinics. This initiative should be replicated in all the States of the federation. We have lost so many innocent souls to the activities of unregistered clinics and quack doctors. Those caught should prosecuted to serve a as deterrent for would be offenders. Health ministries can introduce institutional controls to increase detection and provide incentives for ethical conduct. The Federal Ministry of health should provide the needed synergy in the quest to stop these unethical practices.

.Codes of conduct’ for the sector should also be reinvigorated on both institutional and individual levels for regulators, medical practitioners, pharmacists and health administrators. Finally, governments must ensure a robust role for civil society, journalists and watchdog organisations to report on unethical practices of private health care providers. The time to act is now because as the saying goes ‘a healthy nation is a wealthy nation’. 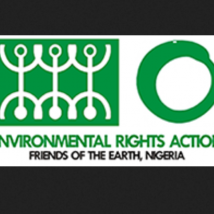