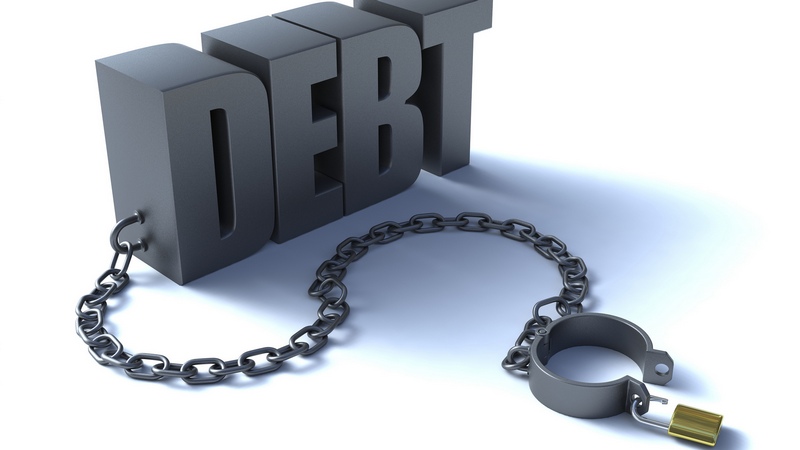 Former Governor of Lagos State, Mr. Babatunde Raji Fashola (SAN) recently made a statement over allegations of corruption during his eight years as governor and this has reinforced a major concern about debt creation by chief executive public officers and the dire consequences for Nigeria’s future generations. He said: “As far as debts of Lagos State are concerned, the fact is that Lagos has always had debts. Her population is growing and for a long time she has run deficit budgets to cater to the needs of that growing population”.

This is very illuminating and instructive especially coming from a former chief executive officer of the center for excellence and the economic nerve center of Nigeria in spite of the huge internally generated revenue in the state over the last 16 years. Another very useful information is a report from the Debt Management Office stating that Nigeria’s total public debt as at December 31, 2014 stands at N11.2 trillion while foreign debt is astronomical. Some state governors have also declared the debt inherited from their predecessors soon as they were sworn-in after the 2015 general elections. It is true that past and present chief executive public officers of local, state and federal governments have been running on deficit budgets which have led to huge debts. This should be a source of concern to every Nigerian besides the debts that have been created over the years by our public office holders will surely affect future generations.

This is far from raising the alarm. As at December 31, 2014, the domestic debt profile of the federal government was N7.9 trillion while its external debt was $6.4 billion. The states had a domestic debt of N1.71 trillion with an external debt of $3.2 billion as at December 31, 2014. Lagos State ranked first among states with huge external debts followed by Kaduna, Cross Rivers, Edo and Ogun State. Only states like Taraba, Borno, Delta, Plateau and Yobe are least exposed in terms of external debts. This is according to the DMO and worst still these debts keep growing by the year.

There is no gainsaying the fact that debt creation puts strain on the survival and sustainability of Nigeria’s future generations because there can be no meaningful progress and development while future generations struggle to pay up debts and meet up with their obligations. They will have to limit themselves to little developmental programs that can be achieved given their financial and budgetary situation and circumstances. Though, I stand to be corrected.

Nigerians cannot help but agree with this writer that our attitude towards debt creation if not curtailed would affect generations yet unborn. Nigeria is already bereft of infrastructural development in spite of the huge debt created by different administrations since the return of democracy.

The country is not better off with the current financial and economic crisis. The huge debts created by most leaders of government have not been justified looking at our poor level of development since independence. Our founding fathers laid a very good foundation with the high level of infrastructural development during their era but subsequent administrations have failed to build on it even in the face of growing population and the need for massive expansion to accommodate the present and future generations. We did not seize the opportunity to ensure massive infrastructural development during all the many years of oil boom.

Some people have argued that debating about Nigeria’s total debt of N10 trillion amounts to raising false alarm when the United States of America which is the number one economy in the world has a gross federal government debt of $18 trillion. But we have to bear in mind that the US financial system is debt driven, hence, there is financial blessing, consumer debt and economic slavery. Conversely, Nigeria is experiencing financial curse, government debt and economic freedom (this is a topic for another day). Therefore, there is no basis for comparison as the huge debt owed by Nigeria is in the hands of a few wealthy Nigerians—the reason our GDP growth do not translate into prosperity for the people.

Take Dubai for instance which discovered its oil in 1966, ten years after Nigeria discovered oil at Oloibiri in the Niger Delta. The city which is the largest in the UAE has experienced massive infrastructural development, economic expansion and growth due to the judicious use of oil revenue which now contributes only about 5 per cent to its GDP. Oil revenues were steered into the development of healthcare, education and infrastructure.

Oil that has changed the fortunes of many countries, led to their growth and economic expansion has become a curse to Nigeria. Increase in oil prices have not led to massive infrastructural development. Our urge for taking up loans from the World Bank and other financial institutions in spite of oil boom for projects that are not sustainable have also contributed to this huge debts that are created on a yearly basis.

The inauguration of President Buhari on May 29, 2015 provide an opportunity for us to reverse this trend and give a ray of hope to future generations if Nigeria’s huge debt can be reduced significantly. The federal government need to come up with a policy to address the issue of budget deficit and debt creation across the federation. The huge debt created over the years by past administrations is certainly not good for a country like Nigeria with huge infrastructural deficit and inequitable distribution of wealth until we address the issue of corruption and fiscal indiscipline which have created an opportunity for our leaders to feed fat at the expense of achieving meaningful growth and development.

Nigeria has an alarming record of incurring debts due to the profligacy of most leaders of government. The huge debts have not translated into massive infrastructural development across the country and worst still the future generations have to pay for the financial recklessness and irresponsibility of most leaders of government who have rather diverted the funds meant for the prosperity of all Nigerians into their private pockets. All newly elected leaders of government must ensure that the debts created over the years at all levels are significantly reduced, if not totally cleared while President Buhari must monitor the state and local governments with a view to discouraging the creation of more debts. This is a responsibility the president has to take up if future generations must be protected.

In conclusion, debt creation may be good in some climes but in the Nigerian situation, it is very bad and has a grave consequence for Nigeria’s future generations. Nigerian leaders of government have to work towards a balanced budget, stop the profligacy, focus on infrastructural development, ensure equitable distribution of wealth and resources as well as work towards making the poor feel the impact of the growth in GDP.