In every government, we have two very major policy divisions, domestic and International. Domestic matters have as major ministries, Defense, Finance, Justice, Education, Health and Internal Affairs.  The super ministries also determine the policy thrust of government. The External Affairs or Foreign Affairs Ministry stands as a gateway to the country. To a major petroleum exporting country like Nigeria, you must add the Ministry of Petroleum in the same way as, when solid minerals or other exports become the main economic bread-winner.

Because we have had through the years a succession of ignorant military despots masquerading as leaders, Nigeria has as a nation, not only existed under the aura of a pariah state, but the Foreign Affairs Ministry has only existed to serve the peculiar interest of the depraved military despots. The Nigerian Embassies and country missions used as outposts for negotiating minimal concessions from western governments and sometimes very unprofessional escort service for philandering dirty old men. Often, the country missions are not proactive, do not have any current data about Nigeria and cannot or refuse to provide minimal services to Nigerians like the renewal of an ordinary passport booklet. 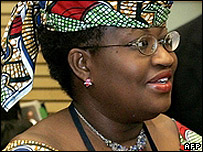 Again, because of the misadventure in economic manipulation from the regime of IBB going forward, the Nigerian currency is artificially devalued and as such not at par with international convertible currencies so the demand for foreign currency, makes the Foreign Service, especially the ambassadorial posting an attractive option. To be posted abroad, civil servants engage in all kinds of lobby and manipulation. Politicians, to banish a trouble-maker within the party would give such person an offer he/she cannot refuse by posting him/her abroad. In almost all cases, the issue of suitability or professionalism is often relegated to the background.

In the global economy, as strategic partnerships are forged world-wide to safe-guard local, national or international interests, we need articulate persons who know world systems and are confident enough, charismatic and have a grasp of international issues to head the foreign affairs of Nigeria. It also helps if they have a track record of performance and achievement in their prior engagement. It is in this light that we welcome the announcement of Ngozi Okonjo-Iweala as the new Foreign Affairs Minister. She is very qualified.

The challenges in that ministry may be daunting to overhaul the system; we need not only image laundering but also to infuse professionalism; setting processes and time-lines in place to ensure productivity of the staff at the various diplomatic outposts which are the first point of contact of any foreigner wishing to learn about or visit Nigeria. Next, may be the issue of Public Diplomacy. Sometimes things are not what they seem, so positive spin-doctors may be needed. The CNN STORY which has painted every Nigerian as a criminal must be tackled. The immigration reported deportation of 800 Nigerians from the US within a few days’ airing of the CNN story may fuel suspicion, right or wrongly, that because of the negative spin by the media, some Nigerians were affected while persons from other nations may have been left alone.

Foreign Affairs to be effective, must employ the Mosaic Law  “an eye for an eye…” as modified by Jesus Christ in relation to other nations, “Do unto your neighbor as you would have them do unto you”. While Ngozi has cut her public service teeth in Finance, and we refuse to be drawn into speculation as to her re-assignment, we have no doubt that she would perform creditably well if she ties to her forehead and writes on her arm that the interest of Nigeria and Nigerians is foremost in all of her dealings. Who knows, this might be the further grooming she needs to be the next civilian President of Nigeria.

Congratulations to NGOZI, OUR NEXT PRESIDENT.

E. Terfa Ula-Lisa Esq. LL.B.(Hons)B.L is a well known commentator on current affairs. He is a lawyer and Democracy/ Leadership Specialist and Associate Pastor, Amazing Ministries in Milwaukee WI.

E. Terfa Ula-Lisa Esq. LL.B.(Hons)B.L is a well known commentator on current affairs. He is a lawyer and Democracy/ Leadership Specialist and Associate Pastor, Amazing Ministries in Milwaukee WI.