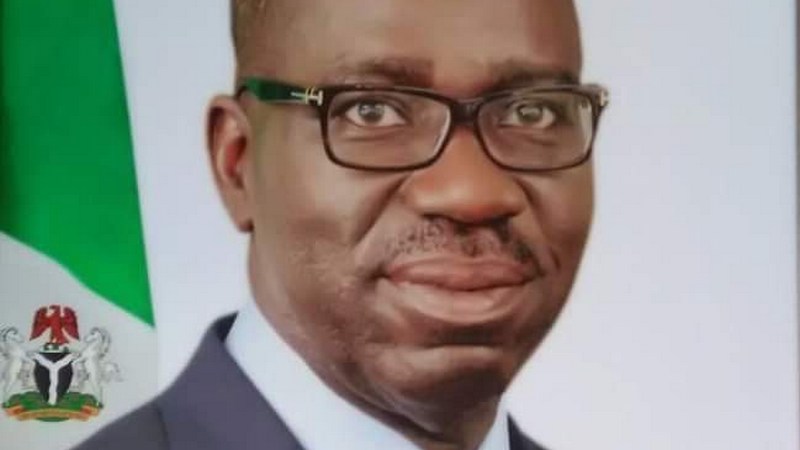 Perhaps it runs deep, the Old “Bendel Blood”. It all came alive, as Governor Ifeanyi Okowa went along with Governor Nogheghase Obaseki as soon as he collected his PDP Registration Card to Port Harcourt for a South South PDP meeting. They both returned to Benin City on Sunday June 21, 2020 for a PDP caucus meeting. The meeting was scheduled over Governor Obaseki’s re-election bid.

In the Festival Hall of the Government House for the caucus meeting was an array of PDP leaders and decision makers. Of course they were glad to be in the house, 12 years after being out of power and outside of government. Here they were, Former Governor Lucky Igbinedion, His Former Deputy, Mike Ogiedomhe, Former Ministers, Tom Ikhimi, Mike Onolemenmen, Former Speaker Friday Itulah, Former Commissioner Chris Agbowenegbe, Senators Matthew Urhoghide, Clifford Ordia, Odion Ugbesia, Representative Jude Ise Idehen, Former PDP Gubernatorial Aspirant Gideon Ikhine, Party Chairman Tony Azegbemi and many others – all to a man to brainstorm on the way forward.

First to speak to the gathering was Governor Ifeanyi Okowa. He urged for unanimity of purpose and a close knit family if Governor Obaseki’s ambition is to be realized. This, he reminded the caucus was a great desire of the PDP as a party and the South South to have a distinctive identity of being a PDP agglomeration of PDP States.

Then spoke Governor Godwin Obaseki who in the new environment of PDP could see a new reality. Said he – “Here we are, seeing the seating arrangement which was COVID 19 compliant, that “PDP has revealed that it is a very organized party”.

But what took his breath away was he observing that – “in this hall are persons who have occupied public offices in the past” unlike his old house of ordinary persons, riff-raffs and thugs who would seek relevance at such a high level meeting.

The clincher of the event was a revelation of the new persona of Godwin Nogheghase Obaseki who in utter enthusiasm said amongst other things that “I come to you not as a General, but as your colleague”. Continuing he said “Feel free to see me anytime, unlike what people say of me”. It clearly reveals that the clenched fists and inaccessibility perception of Obaseki was induced by the APC toxic environment.

The Caucus meeting had its own fun and reminiscing moments. In the spirit of the return to Government, former Deputy Governor, Ogiadomhe was moved to recollect the mood whenever the PDP family had a get together or a Caucus, the favorite song chant was  “ Let the Spirit of the Lord come down”. Everyone present caught the fervor and in the new found joy, with a silent prayer that this default “victory” would stay longer than six months, they all stood up in unison to sing, pray and chant that the “Spirit of the Lord comes down” on this renewed PDP!!!

Clearly this is a newly branded and forward looking Godwin. He is leading the pack from the Centre. He seeks consensus. He is eager to see that PDP is not just a six months long tenure in the Government House, but a new thrust in the South- South. Edo State has an identity and Nogheghase Obaseki seeks to enthrone it in his desire to continue in his vision for an invigorated Edo State. This is how the PDP power can truly translate to “Power to the People”.

Abolo is a broadcaster and development expert based in Benin City Edo State.

Abolo is a broadcaster and development expert based in Benin City Edo State.