Nigeria was Saved by Grace Alone 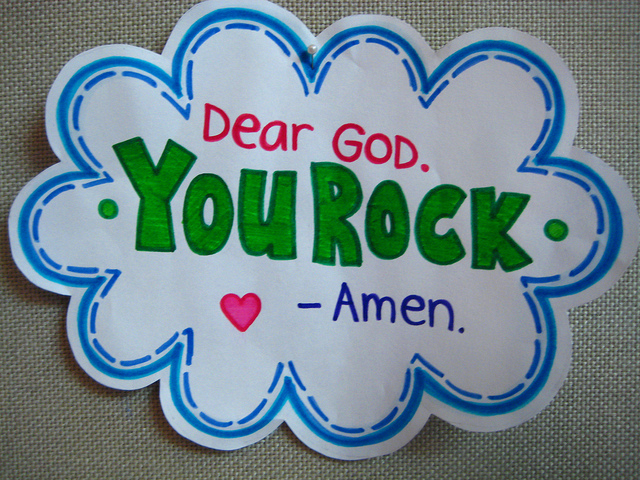 Those who live in the supernatural state, have given thanks to God, the Father,   God the Son and God the Holy Ghost for saving us by their outpouring of GRACE.

In the last sixteen years, Nigerians wrestled not only against “flesh and blood, but against principalities and powers, against dominions, against the agents of the Luciferian hierarchy and OGBOLOGBO “leaders’, who caused so much suffering to their compatriots by designing all manner of wicked policies, dubious economic “reforms”, which distorted the economy by enriching entrenched politicians.

They turned a blind eye to corruption because the pot cannot call the kettle black. Acting and fronting for their handlers, they put the commanding heights of the national economy in the hands of collaborators.

The quality of life deteriorated inexorably. From the nonsensical statements of the leading jokers of the period of poor governance, one can painfully discern that they did not and do not understand the damage they had done. They will, when the chips are down.

It is amazing that pastors of the Luciferian churches were unconcerned about the spiritual and human plight of our citizens and were seeing illusions of a continuation of the suffering of the people they were happy to collect monies from every Sunday.

The Obas, the pastors collected billions of Naira to pray for continuity of bad governance. In a press release, The OEP Press Agency has published a Reuter;s Agency report on who got what and has handed the document to the Security services world-wide. There will be weeping and regrets for crimes against our people.

At the BOSAS INTERNATIONAL LAW BUREAU post-election seminar at Elizabeth Castle, London, a British journalist, Peter Jones, spoke extensively on the strategies adopted by the PDP to disrupt the elections, harm principal politicians of the then opposition, cause mayhem and throw the country into political turmoil.

He praised the skillful intervention of Alhaji Abdul Salami Abubakar and others in the Election Monitoring Group for the aversion of social dislocation in Nigeria.

Above all, Nigeria was saved by the GRACE of God the Father, God, the Son and God the Holy Ghost from a catastrophic upheaval just because the agents of the anti-Christ foisted upon us by the OGBOLOGBO of Nigeria, who sought to continue in office, to rule for a Third term did not have his way.

Today, he is running from pillar to post, trying to remain “relevant” by positing old governance failed measures.

The tide has turned. His REPROACH shall have no end for we shall continue to remember the man, who thought that he was and is infallible, and a monarch of all he surveyed.

History will always document the ignoble acts of “leaders”, who had no requisite knowledge, but ruled by ogboju, intrigues and subterfuges.

Murtala Mohammed, Bola Ige, Dele Giwa, Idiagbon, Fajuyi, Joe Garba, all died as a result of the actions of men with frenzied and misplaced consciences.

Eminent historian of the University of Ibadan, History Department told me how Bola Ige’s cap was forcibly removed from his head and he was humiliated. The details are in secrets of the dead man’s cove.

The review of past debaucheries is the “MUST GO” areas of this administration.

Sources close to the government have penciled down fearless execution of its campaign promises, as the cardinal principle of state policy.

Every review must be based on the rule of law and all our citizens will be in a position to attest to the jural quality and imprimatur of court decisions, commissions’ findings, so that “justitia neminem excusat.”

This is the way to ensure a sociocratic dispensation and not the antiquated democratic practice, now discredited.

I foresee a small revolution in matters of etiquette. Gamaliel, the law teacher of Paul, the Apostle insisted that justice must be done even if the heavens fall. Sophocles said that that was the cardinal principle of justice, so that there will be order in society.

Inscriptions in the minds of recidivists, hardened political criminals can only be swept  clean, after long ruminations in a jail-house. No moral re-armament preaching about Taoism, Confucianism, Buddhism, Christianity and political pamphleteering will be enough.

The evil that leaders do, no longer lives after them, but they live with them in the here and now,

They are NUNA FIKIS, dead souls, who will remain restless till time indefinite.

There were Nigerian leaders, who showed the way that leads to righteous living.

In my book, Abba Zoru: The Diary of a Broadcaster and Diplomat, Nayee Press Ltd, 2001, I wrote that he excelled as a person, a broadcaster and as a diplomat.

These views were confirmed by Abdulfatah Adediran, iorhen Kwange, Fred Indiur- maro, Soji Oye, Adamu Abdullahi, Ndamadu Ndamusa Sule, Tokunbo Ajai, who gave glowing tributes, when they attended the jam-packed launching of the book in Abuja in 2001 at The Sheraton Hotel.

Abba believed that ‘Knowledge and wisdom are given to in maturity as a reward from God” S. Yusuf, V 22

Pursue holiness and not only money and power. Recline not on money and power especially, when you use them to serve the forces of darkness, killing people, behaving important, lacking in intellectual and cultural refinement, worshipping man-made gods, all these are vanities.

They are indices to what the thoughtless think. They are illusions and will fade away.

Future generations for whom we write about our “dealers” will be able to point at their sons and daughters, nieces and nephews by saying, there goes the relation of the former President, Governor, Director, Senator, Judge, who war incurably and incorrigibly CORRUPT.

The AZATA/NEPU Party of honest, patriotic and thinking men and women still holds that honesty is the best policy. What shall it profit a man if he gains the whole world and suffers the loss of his own soul? For God is not mocked what nations and people sow, that they reap.