The Preventable Accra Flood and Explosion 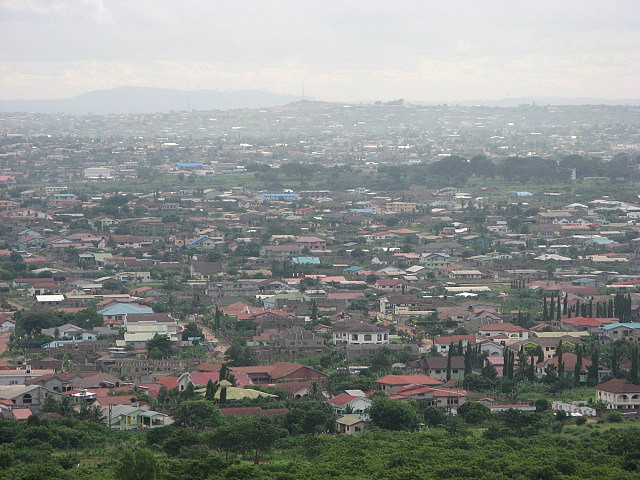 The explosion and subsequent inferno that consumed roughly 150 Ghanaians on the evening of 3rd June were preventable calamities. The blame for this should be shared by Accra City municipal council, for not enforcing building codes, and Accra residents, for their unbridled dumping of refuse in waterways.

A petrol station located near the busy Kwame Nkrumah Interchange suffered a leak during the heavy flooding occasioned by the heavy downpour of three days straight. By June 3rd, the flood level was so high it completely covered vehicles in the area. Nobody could go anywhere. Commuters took shelter in a GOIL petrol station, a pharmacy and other nearby buildings. Others sat in the commercial vehicles they had boarded, waiting for the rain to stop. When the petrol station exploded, the conflagration was instantaneous. And notwithstanding the heavy rainfall it spread quickly and caught many people by surprise.

Kwame Nkrumah Circle, as others call it because it used to be a roundabout, is a large intersection that has almost perpetually been under construction. I arrived in Ghana 10 months ago and the place has been almost exactly the same since I got here. My American co-workers who have been here for two to three years say they have not noticed any appreciable improvement there either.

On all sides of this intersection are motor parks…your typical Nigerian motor park with commercial vehicles spilling out of the actual motor park onto the shoulders of the five roads intersecting at this junction. Of course, you have hundreds of your typical petty trader stalls and hawkers of all sorts of goods littering the whole place. Even without rain, this intersection is only easily passable between 10 p.m. and 6 a.m. But when it rains, even if it is just a drizzle, you can expect to wade through large pools of water.

How any government agency allowed a petrol station to spring up in this place beats my imagination. It is dereliction of duty of the highest order. But Ghanaians are not the only ones guilty of this. Right in my own country of Nigeria… right in my own hometown of Ibadan; in fact, right near my family home of Oja’Ba, there is a Total petrol station sitting less than six feet from residential homes! In fact, the alley between the filling station and the homes are so narrow two people cannot walk through side-by-side. This filling station and the houses have all been there since probably before I was born…over 50 years ago. The official palace of the Olubadan is less than a quarter of a mile from this place. How people sleep comfortably at night by this petrol station confounds me. And this is just one example. There are more in Ibadan alone.

Anyway, back to Accra. The city lies in the path of several rivers and streams that take their sources from the Akwapim mountain range and form tributaries to the Atlantic. Rather than dredge these tributaries and turn them into water transportation mode for ferries and barges like the Thames of London, the Rhine and the Main of Germany, the Han of South Korea or the Mississippi of the U.S., Ghanaians dump refuse in these rivers. They dump trash in the few gutters that should carry water and other liquid waste to these rivers. In fact, people also build structures…permanent brick structures…on the paths of these rivers. This was the problem we had with the Ogunpa River in Ibadan which caused many floods, especially the deadly one of 1980. Only the eventual dredging of Ogunpa and the destruction of over 100 senseless and illegal structures solved the Ogunpa problem. Today, people still dump refuse in Ogunpa and they still build structures on or near it.

Whether it is poverty occasioned by paucity of funds or the poverty of ideas, something is responsible for our people’s legendary capacity to senselessly put their lives at risk. During my drive from Ibadan to Accra in March this year, I noticed one thing that still befuddles me till this day. Just as I crossed into Benin Republic from the Seme border, I noticed roadside wooden counters on top of which were placed plain, see-through bottles of what I first thought was vegetable or groundnut oil. I started to wonder why Beninese people needed so much cooking oil that it was hawked by virtually everybody living along major roads. The bottles ranged in sizes. Then I saw the content of one of the bottles being poured into the petrol tank of a motorcycle by the roadside. It was petrol! It then occurred to me why I had driven for so long and not seen a single petrol station. When I did see one in Cotonou, it didn’t seem like it was operational. Petrol in glass bottles placed precariously on top of one and other; on wooden table tops, some of which were dilapidated and stood on just three legs? Petrol on wooden tables placed right in front of homes and shops with children sitting around and young boys innocently kicking soccer balls in the immediate vicinity? Petrol in glass bottles, on rickety tables being hawked just feet from a busy highway? All you needed was an inattentive driver to veer five or six feet off his course to the right and you will have an explosion to compound the accident. To satisfy my curiosity, I pulled over and asked what this was that everybody was selling. Petrol, one of the peddlers told me. Of course, I became more cautious as I drove away. This was, of course, petrol stolen from Nigeria and smuggled into Benin. This was the roadside sight I endured until I reached the border with Togo. I wondered and still wonder if the Beninese people store this petrol in their homes at the close of business. Your guess is as good as mine what danger this portends.

Back to Accra again. Stupidity knows no bound in our part of the world. During the rain in question, my neighbor and colleague three houses down from ours called to ask if we had seen what was going on outside. My wife and I stepped onto the balcony to see. The road in front of our house is a two-lane (face me-I face you) type. To our surprise, there were four lanes of vehicles going (or rather trying to go) in one direction, obviously completely blocking on-coming traffic! Vehicles were on top of people’s lawns…at a complete standstill. The saying “when you are in a hole, the first thing you do is stop digging” does not apply to us at all. Everybody thinks the other guy who is waiting for traffic to clear up ahead is either a fool or is in no hurry to get home too. They try to pass both on the left and on the right in a residential area! If one of those cars had caught fire, scores of other cars trapped around it would have burned down too.

The Ghanaian President, John Mahama, visited the scene of the national disaster and he, of course, expressed his condolences. Former President Jerry Rawlings visited too. Many other Ghanaian officials have also visited. Everybody has said the right things. But, like we do in our part of the world, that sense of outrage will not likely translate into any concrete action to prevent a reoccurrence. Ghanaians have told me they had a similar flood two years ago. That one just did not lead to an explosion at a petrol station. More rains are on the way.