Obasanjo Was Not Quizzed By The Metropolitan Police– Dozie Nwanna

Ambassador Dozie Nwanna, ’s acting High Commissioner to the has debunked claims that the immediate past president of , Olusegun Obasanjo was a guest of the London Metropolitan Police during a recent visit to the . 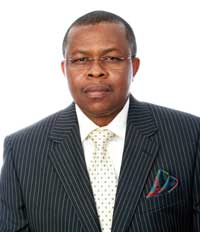 In an interview, Ambassador Nwanna warned that malicious allegations which abound freely on the internet were potentially dangerous, and could hurt people, their families, careers and reputation. He was reacting to widely circulated information on the internet started by Leadership, a Nigeria – based daily, which alleged that President Obasanjo was quizzed in connection with the Met’s ongoing investigation into the corrupt activities of James Ibori, the former governor of Delta state.

“Nigerians have the right to demand for transparency and good governance from their leaders – immediate and past, but we must also ensure that such expectations do not lead us on to the part of indulging in spurious allegations and speculations, such that we begin to undermine the good governance we all yearn for”, Ambassador Nwanna cautioned.

To this end, the Nigerian High Commission in the has issued a press release explaining the circumstances of President Obasanjo’s recent visit to the . It has also released a copy of a letter from the London Metropolitan Police stating that the former Nigerian president was never its guest during the period in question.

The letter signed by Detective Superintendent Trevor Shepherd states that “There was no contact between this department with Chief Obasanjo in the between 17th and 24th October, 2007”.