SARS, Amnesty International and Our Rights 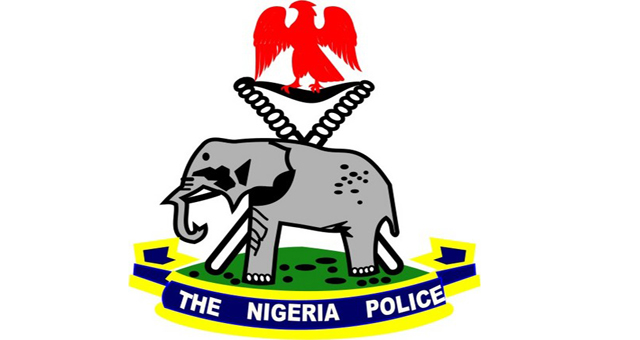 Recently, the Amnesty International (AI), a combative NGO combating human rights abuses around the world, had released a damning report on the atrocious activities of the Special Anti-Robbery Squad (SARS) in Nigeria. In the investigative report AI, based in London, exposed the systematic torture, inhuman detentions and extra judicial executions happening in SARS offices across the federation especially in the south-west and south-east. It equally contained the money extortion schemes and generalised bestial behaviour of some officers working as satanic agents in SARS. Detailing how huge sums of money were being demanded and paid by families and relatives of detained victims it took some confessional statements and testimonies of those who ‘escaped’ from the hellish gaol of SARS alive!

Amnesty International’s research showed that in addition to its stated remit of tackling violent crime, SARS investigates civil matters and in some cases tortures detainees involved in contractual, business and even non-criminal disputes. According to Damian Ugwu, AI’s Nigeria researcher: “SARS officers are getting rich through their brutality. In Nigeria, it seems that torture is a lucrative business”. It found that detainees had been subjected to horrific torture methods, including hanging, starvation, beatings, shootings and mock executions, at the hands of the dreaded SARS men, some portraying the image of omnipotent gods and demi-gods. “Depressingly, there are scant judicial or any other mechanisms in place to prevent SARS officers from subjecting vulnerable targets to human rights violations for their own financial gain.” Ugwu further regretted.

Though the Nigerian police high command had, as usual, dismissed the report as biased and fraught with evidential deficit the truth remains that it is largely believable and impartial. No one commissioned Amnesty International to investigate the ‘horror’ within the SARS Gestapo-like cells so alluding to partiality or smear campaign is disingenuous and pathetic. The police force back home advertise themselves as being our “friends” but majority of Nigerians see them otherwise due to their cruelty, indiscipline and unprofessionalism. Daily (if not hourly) across the cities and towns innocent people are being killed by trigger-happy officers (some high on cheap drugs or locally-brewed alcohol) and sometimes they conveniently blame it on “accidental discharge”, mistaken identity or defending themselves in the course of duty as if gun has been demystified in Nigeria with the legalisation of its procurement or ownership.

In an article I wrote some years ago entitled “Ezu River And The Floating Corpses” I had described SARS (especially those operating in my state of Anambra) as a terrorist organization worse than Boko Haram! Today under the Buharian democracy the tale of impunity and man’s inhumanity to man continues unabated. The Amnesty hard tackle is, therefore, a welcome relief to the extent that no one could claim ignorance of the existence of torture chambers and summary executions taking place in SARS. Some high-ranking officers in the special squad had made stupendous wealth coercing those concerned by the arbitrary detention of their children or relatives to part with huge sums of money in exchange for their freedom. And failure to comply with the ‘order’ by producing the mentioned imposed amount within a given period of time would ultimately lead to the untimely gruesome murder of the detainee(s)!

I remember close to two decades ago in Lagos my encounter with the police. My friends and I were arbitrarily detained overnight inside the notorious Ajeromi police station in Ajegunle area of the city-state of aquatic splendour. We had gone to the Coker side of town in the night for some good time and on our way back home we entered the so-called ‘one chance’ bus that took us, despite our protestations, straight to the police post and ‘off-loaded’ us out there without telling us our supposed offense! It was around 10 pm and we had to sleep there. At dawn we woke up to discover that we were more than hundred in number! I had to phone my brother who came to ‘pay’ for my freedom even though they never explained anything to him upon demand as the reason for our detention. Others were equally ‘discharged’ as soon as money changed hands! It was a provocative reminder of the banana republic that prevailed then under the late Gen. Sani Abacha.

Under the Nigerian constitution the right to life, of association and freedom of free expression are guaranteed and enshrined therein as sacrosanct. But the police, the military and other para-military forces hardly respect these immutable rights of the populace. When people gather to express certain grievances they are gunned down in cold blood and when you engage in mugging or terrorism you are marked out for elimination without trial. Yet the same constitution makes it clear that one is seen to be innocent in the eyes of the law of the land until proven guilty by any court of competent jurisdiction. A presumed armed robber or a terrorist or an economic criminal must be treated fairly and charged to court so that they would have their day(s) in court and judged by a judge. The police or the army cannot be the prosecutor or the judge in any matter.

The police or the other armed forces do not have the right to judge anyone or condemn them or worse still take lives on account of any crime no matter how serious or treasonable. Their duty ( the police first and foremost) as recognised by the federal constitution is strictly to maintain law and order — apprehending those that flout the laws and within three days charge them to court. The military, navy or the air force are charged with the task of defending the territorial integrity of the nation and fighting off those hell-bent on questioning the supreme power of the state to guarantee the existence of same.

The police brutality in Nigeria is not a new phenomenon. Poorly remunerated and motivated the average policeman or woman is a roaming danger to the society. And ours is a society where impunity thrives whether in terms of corruption or repression or whatever. They take bribes at the least opportunity, twist the laws to suit their fancies and conveniences and exploit the ignorance and gullibility of the people to go scot-free. They vent their situational anger and professional frustrations on the rest of us on the streets! But we deserve some respect from those who ordinarily should be watching over our safety.

That is why one supports in principle the calls for the entire police force to be radically reformed. The establishment of the state police would be a good omen since the centralization of command has proven to be too cumbersome to manage. When the police are well-trained and well-paid and on time they are bound to be disciplined and perform their functions with optimum responsibility.

As Nigerians our duty to our nation is to be law-abiding, patriotic and work hard for the attainment of her destined greatness. But in doing so our rights as citizens must be respected by those charged with the task of policing our lives. Injustice begets injustice and breeds anarchy in the system. And when the people perceive some unjust conducts by the police or any other force for that matter the risk of violent confrontation takes centre stage as self-help becomes the only available avenue for expression of disapproval or discontent. We cannot positively contribute towards the development of the nation if the police force are generally seen as a force of occupation, one intimidating, harassing and oppressing the populace.

While the Inspector-General of Police, Ibrahim Idris, has warned the Special Anti-Robbery Squad operatives against torture and extra-judicial killings, saying no policeman in the world had the right or authority to kill crime suspects it is interesting how he would be able to tame the SARS monsters who see themselves as engaging in lawful business of torture and extortion.