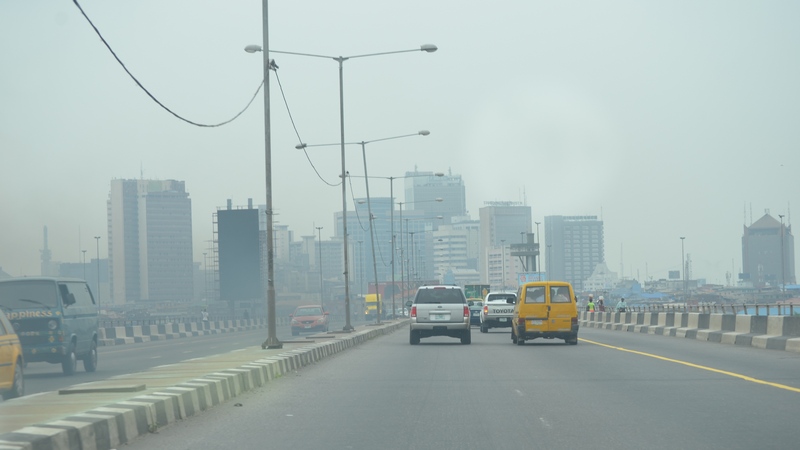 Over one month now, President Buhari is yet to unveil his economic plan and policy direction in spite of growing concerns by investors and the business community. President Buhari needs to be offered some solutions to the current economic crisis that threatens to ground the country.

‎I will attempt to make a contribution because I share the sentiment that President Buhari’s refusal to announce his economic plan and policy direction as soon as he was inaugurated on May 29, 2015 spells doom for the Nigerian economy which is beginning to have a toll on businesses, investment and the people of Nigeria.

President Buhari needs to reduce the cost of governance by 50 per cent. Though he and some state governors have announced a cut in their salaries and allowances, this is a step in the right direction.  However, he has to take it a step further and explore every legal means to get the Revenue Mobilization Allocation and Fiscal Commission to effect the reduction of the emolument, salaries and allowances of all members of the National Assembly as well as those of past public office holders. It is important to state that Nigerians have to assist the President by mounting pressure on members of the National Assembly and every public office holders.

The monies that accrue as a result of saving 50 per cent will assist the president in meeting up with his campaign promises ‎some of which include tackling insecurity and unemployment, improving governance, and ensuring transparency and accountability among others. And while that is going on, government agencies that are critical to revenue generation such as Nigerian National Petroleum Corporation, Nigeria Custom Service, Federal Inland Revenue Service, Central Bank of Nigeria, Nigerian Maritime Administration and Safety Agency, Nigeria Liquefied Natural Gas, Nigerian Ports Authority etcetera must be audited, regulated, revamped and have improved oversight. This will ensure that corruption which pervades these agencies is curbed and every Kobo that is generated is adequately accounted for.

President Buhari’s economic plan needs to be robust and aimed at effectively tackling the problems that have bedeviled the Nigeria economy for a long time.‎ He needs to go beyond his economic policy as stated in his party manifesto and as presented to members of the business community during the election campaign.

The National Economic Council was recently inaugurated by President Buhari as prescribed by the constitution‎. Edo State Governor, Comrade Adams Oshiomhole and three others were commissioned to probe the last administration with respect to revenue disbursements, allocation and appropriation. This has led to claims and counterclaim between Governor Oshiomhole and the immediate past minister of finance, Dr. Ngozi Okonjo-Iweala, this is not the right approach considering the precarious economic situation that Nigeria find herself after the Jonathan administration. This approach is against the spirit of President Buhari’s speech at the inauguration of the National Economic Council in which he said that his administration is fully committed to embarking on sustainable visionary initiatives and programmes that will restructure and transform the nation’s economy‎.

The NEC has a mandate to advise the President concerning the economic affairs of the Federation, and in particular on measures necessary for the co-ordination of the economic planning and programmes of the various Governments of the Federation‎. Suffice it to say, President Buhari cannot rely on the advice of members of the NEC most of whom are State Governors who currently have to address the economic problems in their states where their financial expertise and economic initiatives are being awaited by vast majority of their citizens.

Over four years after the inauguration of NEC under the Jonathan administration, we have seen what the NEC is capable of doing to the national economy.‎ President Buhari however need to constitute an economic team that will work towards improving all the economic measures and indices of the country. Inflation rate should be single digit, unemployment rate should be reduced to less than 10 per cent. The rate of poverty should also be brought down from 70 per cent to at least 30 per cent. Our budget deficit should have a turnaround to surplus. This is actually achievable provided the President has the right economic team who will come up with interventions and initiatives with the ultimate goal of improving our economic indices and by extension provide a new lease of life for the Nigerian people.

Past administrations have paid a lip service to reducing the rate of unemployment.‎ President Buhari should leverage on the successes recorded in the agricultural sector under the watch of the immediate past minister of agriculture and president-elect of African Development Bank, Dr. Akinwunmi Adesina by expanding this sector and creating jobs under an agricultural youth empowerment program for the teeming unemployed youths in the country who are willing to be engaged and earn a income. Expansion of the mining sector and investment in public works/infrastructural development is capable of generating the needed employment that will help change the current rate of unemployment. These are some of the initiatives expected in the President’s economic plan.

President Buhari also need to focus on the capital market with a view to lowering the exchange rate which currently stands at N230 to $1.‎ Reducing our deficit and ensuring a balanced budget is also capable of promoting investment in education and healthcare of Nigerians. All of these investments in educational initiatives, science and technology research as well as the expansion of the National Health Insurance Scheme have to be made for the long term in order to achieve the expected outcome.

The Buhari administration would by adopting these solutions and through the development of both private sector and small businesses initiatives create the condition for economic growth. President Buhari need not be deceived as to the right solutions to Nigeria’s economic recession. ‎Though the President’s economic plan is yet to be unveiled as earlier stated; I believe these solutions would be valuable in shaping his economic direction. We can recover from the current economic crisis if President Buhari diversifies the economy and repair the refineries so that the impact of the drop in crude oil prices which is presently having a toll on the economy will be cushioned. It is up to the President to act and respond appropriately.

The President’s economic plan should also improve housing and home ownership for Nigerians.‎ This is quite important because many poor Nigerians have to go for many years without a mortgage plan and this is hurting the economy.

‎Finally, President Buhari must cut income tax, raise the minimum wage and develop transportation initiatives across the country. Exploring a light rail system across the country with the help of industrialized nations will go a long way in addressing Nigeria’s economic challenges.