The Newcomer’s Guide To Making A Nollywood Movie

Nollywood is no doubt a multimillion-dollar industry, whatever reservations anyone may have about its output. (Quality, I believe, is in the eye of the beholder). It is said to be the third largest movie industry in the world after Hollywood and Bollywood, which, for its age, is no mean achievement.

This definitely implies that there will be many people out there who desperately want to be a part of the Nollywood success story. This article is for you, and comes packaged in the ageless, energetic tradition of the D-I-Y manual.

The very first task is to select your actors. Do this even before writing the script or determining the plot. The Golden Rule of Nollywood is: The more the number of popular actors you can include, the better your sales will be. The actors/actresses don’t all have to act major roles. Most of them only need to show their faces for five to ten seconds throughout the whole movie. (You could make them walk past in supermarkets or on the streets, or act as newspaper vendors from whom the hero/heroine can buy a paper). 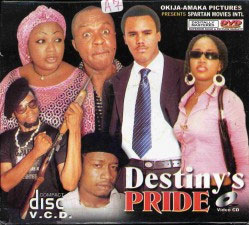 Then you have to get a title for your movie. Choose a title that will clearly explain what the movie is all about. Nollywood audiences do not like titles that have nothing to do with the plot of the movie. Examples of great titles: MAD MAN, STUPID HUSBAND, THE LOVE OF MONEY IS THE ROOT OF ALL EVIL, I DON’T LOVE YOU, SEARCHING FOR HUSBAND etc etc.

Once the movie title is sorted out, you have to design and print your movie posters. You must cram into the poster, the faces of all fifteen popular actors whom you succeeded in convincing to make appearances in the movie. The pictures on the poster can show them doing things they didn’t do in the movie, e.g. Desmond Elliot holding a machine gun and sweating, despite the fact that he played a three-minute role as a doctor in the movie. You are also allowed to include one or two actors who didn’t actually appear at all in the movie. No one will know until after they have seen the whole movie, and by then it’d be too late.

At this stage, get in touch with your actors and drag them onto location. Acting must start immediately. They will usually require no scripts or advice from you. Everyone will gravitate towards their instinctive roles, and before long, your movie would have acted itself out beautifully. Confused? Let me explain. Someone like Jim Iyke will always be a fine boy bad boy, Pete Edochie a billionaire red-capped Chief, Aki and Pawpaw will always be street urchins living from prank to prank.

Once acting has started, it is very important to determine how many “slaps” and “slumpings” will feature in the movie. The more the slaps and slumpings, the merrier. A Nollywood flick without slaps is like a Bollywood movie without the dance. Jealous/angry lovers must always slap their rivals or partners. Someone must always clutch his/her heart and slump in slow motion. This leads us to a very vital issue, the stethoscope phenomenon. 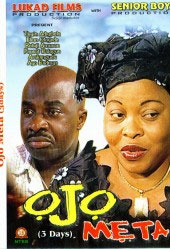 Your set is incomplete without a stethoscope. Ask one of your lesser-known actors to play the doctor. No movie can be qualified to bear the Nollywood tag if there’s nobody holding a stethoscope and shaking his head: “I’m sorry, we lost him/her. I’m sorry…” And don’t forget to include a hysterical nurse, whose only line is “Doctor, Doctor, please come! Doctor, doctor…” Another major decision involves deciding which of your heroes or heroines will have to die (usually an unjust death). You will have to choose a means of death – one, or a combination of the following: Gun-totting assassins, food poisoning, heart attack or voodoo.

At this stage, you have almost succeeded in registering your name on the Nollywood Wall of Fame. Relax, don’t start rejoicing yet. There’s still a little more to be done before you can sit back and start counting your millions. What you will have in your hands at this stage is a skeleton of the movie, the backbone, which you will need to flesh out. This is very easy. Simply shoot scene upon scene of people chatting and laughing freestyle, driving around town in search of God knows what, fiddling with files in tastefully furnished offices and talking of “billions” on phone, dining out at fast food joints, shopping at upscale boutiques, getting jobs in restaurants and bukas, stealing from briefcases containing wads of naira notes, traveling to America. Emphasize the passage of time: six months later, six years later, six decades later, six centuries later etc.

At this stage you should check the length of the movie. It should be at least four hours. If not, shoot more (and longer) scenes involving the actions mentioned above. Once this is accomplished, chop up the video into two-hour portions. Name them “parts”: Part 1, Part 2, etc etc.

Important point to note: If you have spent more than one week (of shooting) thus far, you are a failure, and not cut out for Nollywood. Discard the movie and go and find work carrying cement on a construction site.

At this stage, the movie is finished. Congratulations, and welcome into the prestigious Inner Circle of Nollywood. All that is left to do is simply to shoot the TV advert of the movie. This is the easiest part of your work, and the most enjoyable. You will enjoy this bit even more than you enjoyed the actual movie shooting. Simply splice shots of the most action-ridden scenes in the movie (e.g. the slaps, and the slumpings). You may even include scenes from Hollywood blockbusters e.g. Terminator 3.

Important point to note: the voice-over is very important. A breathless voice-over reeling out all the following words (in no particular order): explosive, scintillating, romantic, tragic, comic, action-packed, life-changing, grab your copy now now now! You are allowed only ONE sentence for all these adjectives.

Important point to note: Start the next movie IMMEDIATELY.

PostScript: Romeo and Juliet must always surmount the machinations of enemies and come back together at the end of the movie. If any one of them died during the movie, he/she will have to be resurrected (preferably in the mortuary, as resurrecting them from the grave might prove a little too difficult for the audience to swallow).

Best wishes as you prepare to carve your name permanently in the golden sands of Nollywood.

I’m more concerned about the new Nollywood... Sorry to say this o, but Kelani cannot stand near these new guys. Idumota will look like slow motion...