Yours truly was in , taking a deserved break when the news broke that the French Socialist Party (PS) had accused the French President of suffering from “small man syndrome”. According to the “Parti Socialiste Francaise” this syndrome explained why the shorter-than-average President Nicolas Sarkozy proclaimed his reforms the biggest in decades.

The Socialists, who are still trying to recover from their double defeat in presidential and parliamentary elections earlier this year, had sharply criticized pension, social and civil service reforms Sarkozy announced that week middle of last month. They saw in them some dangers for the larger society especially the work-force.

Referring to Sarkozy’s comments that week that he was preparing “the biggest reform of the social model since the Liberation (of France)” Socialist spokesman Benoit Hamon said:
“In psycho-analysis, this is what you call the syndrome of the small man who considers that everything he does is bigger than anything that has ever happened,” he told reporters.
“With Nicolas Sarkozy, all he does, all he touches, he considers it to be the greatest. In reality, we have never witnessed such a step backwards since the Liberation. On the social issue, as well as on immigration,” Hamon said.

The French media say Sarkozy is around 1.65 meters tall (5 feet 5 inches), some 20 centimeters shorter than his predecessor Jacques Chirac. He wears shoes with particularly high heels, and popular satirical television show “Les Guignols de l’Info” had frequently poked fun at him for being very short and trying to appear taller.

Hamon told the press that he had not wanted to refer to Sarkozy’s height, but to the President’s way of communicating and “his obsession to always wanting to explain what he does is the biggest, most beautiful done in 50 years.” In a television interview during the weekend of the opposition charge, Sarkozy defended his reform plans, saying he would not let union protests deter him from ending pension privileges awarded to many state workers.

‘s Socialists had said the proposed reforms would only help employers but would hurt workers. Sarkozy, son of a Hungarian immigrant, who won the presidential election against Socialist candidate Senegal-born Segolene Royal in May, has portrayed himself as a hyper-active President. A President post-Chirac that has all it takes to make a good presidency.

After reading the news I had asked my French female host what she made of the criticism and the ‘small man syndrome’ of her President. Prisca laughed it off saying that she never voted for Sarko in the last general elections but voted for Royal. She said she had hoped with millions of other voters who cast their votes for Mrs Royal that would produce a female President before Americans possibly do next year in Hilary Clinton.

Prisca declared that something in her insisted that short men would be waging the next world war. (“Le prochaine Guerre Mondial sera provoque et mener par les homme de petite taile” — she declared). That was humorous enough and we made good humour out of the whole thing. Yet I reminded her that in Africa President Sarkozy is a giant to some Presidents say Omar Bongo Odimba of Gabon and former Presidents Ibrahim Babangida of and Henri Bedie of .

Omar Bongo wears very high-heeled shoes but he remains a dwarf in any gathering of heads of state. But his smallness of physical stature says little about the tall ambition of the old man to rule till death. Bongo has been involved in many sex scandals and corruption. Like the overthrown Gambian President Dauda Jawara Bongo is a jolly good old fellow who likes good things of life including tall girls and beauty queens.

Ibrahim Babangida in his dimunitive state came militarily against Buhari’s tall ambition of using WAI to instil discipline in Nigerians. Whatever IBB was denied by nature height-wise he got through his masterful art of ‘Maradonic’ plundering of the Nigerian commonwealth while in power. The lanky General Buhari fell to General Babangida who is a dwarf when compared with Buhari’s towering physique. Short Generals could be very ambitious you know! They may be short but they harbour tall ambitions!!

When the former very tall Senegalese President Abdou Diouf paid a state visit to during President Konan Bedie’s era it was a classical case of two worlds — short and tall worlds. While Diouf is more than 7-feet tall Bedie is shorter than Sarkozy. When the two men stood Bedie did not measure up to Diouf’s neck area. But Bedie never betrayed any ‘short man syndrome’ or complex as he went about the state matters with the oratorical power of a statesman he never was.

Today we hear news of girls rejecting short-men suitors; short men going for taller women in marriage. Short men are afraid to marry fellow short women for fear of having dwarfs as children. Girls rejecting short men because they feel the men are not presentable or whatever. People arguing that short men never forgive easily and never forget any wrong done to them. I don’t know if Olusegun Obasanjo should be classified as a short man here for his vindictive nature or not but the Owu Chief is definitely not a tall man either.

Do you feel concerned about your height? Are you by any way bothered why you are standing closer to the ground the way you are? Are you a victim of the ‘small man syndrome’? Have you suffered any injustice or unfairness on account of your height? Are you ‘persecuted’ sexually or socially because you are Biblically a certain Nicodemus? Cheer up, all fingers cannot be equal, that is why there is variety in creation! Tall, short, fat, slim people; black, red and white races.

However God created you you’ve got to be proud and magnify His name for there is manifest wonder in your being, in your being created the way you are, the way you stand. Never consider joining the confused bandwagon bleaching their skins, surgically altering their body components or seeking ways of increasing the size of their penis! All is vanity upon vanity! 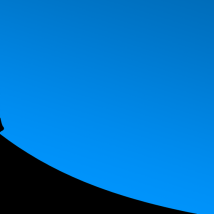