The Travails of Adams Oshiomhole 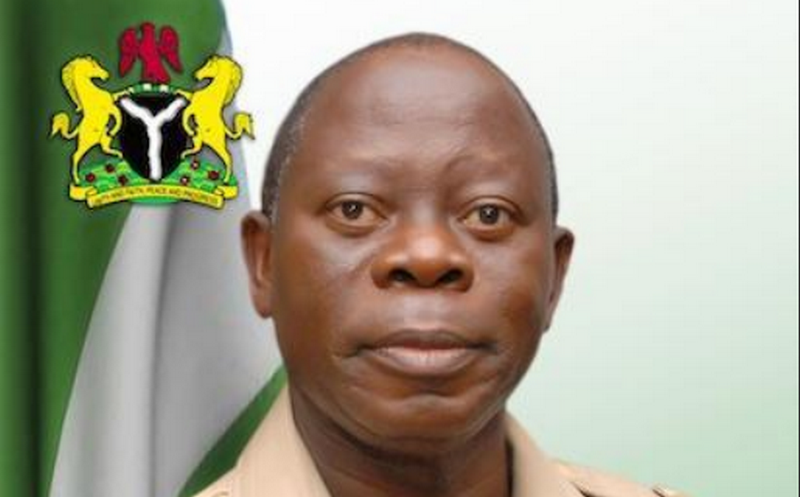 We do not entirely make our luck. Much of it is gifted to us by nature and, perhaps, cosmic forces. Although it is difficult to conceptualize him, it is safe to say that Comrade Adams Aliyu (Eric) Oshiomhole is one Nigerian who has enjoyed the favours of nature and history. He personifies the individual’s dream change and transformational development and progress from grass to grace. He is self-made and self-validated. Indeed, had he been a fictional character, he would have been a bestseller or blockbuster. Many were therefore convinced that the All Progressives Congress (APC) did the right thing in electing him as its National Chairman. With his background in labour unionism and an eight-year stint as Governor of Edo State, it was easy to predict that he would successfully lead the APC to its second electoral battle with the People’s Democratic Party (PDP). He naturally brought to bear on the party his fierce fighting spirit and ability to wrestle opponents to submission. He successfully smoked out rats from the party and handed to the Presidency a cooperative National Assembly. However, the same energy and fighting spirit that earned him his spurs turned out to be his fatal political flaw. In promoting and defending the ideals and spirit of the party, he earned himself legions of adversaries from within the APC, whilst his successes against the PDP made him a marked man.

Therefore, depending on their points of view, different people were always going to judge the Comrade differently from the same factual circumstances.

On his part, I do not think that there was ever a time that he believed that his job as National Chairman of the APC would be rosy or smooth sailing. He knows the ways of his conspecifics. Politicians are a tribe without morals or conscience. He knows that politics and intrigues are two sides of a coin. He knows that all is fair in politics and that with the right characterization, a saint will turn a devil overnight in politics. He also knows that it is in the nature of man to hate without thinking and that politicians have often capitalized on that failing of humans to turn their emotions into illogical ruthless weapons. He has been in the trenches long enough to know that losing the battle of perception calls for a retreat and reappraisal of strategies and goals.

Indeed, there have been fortunate men and women in all ages who have been ascribed with mythical images not so much for what they did as what they were able to sell to their generations. On the flip side, history has been unkind and, in some extreme cases, extremely harsh to many hard-working men and women who were unable to convince their generations about their accomplishments and their true nature. In a word, many have been infernally punished by humanity for no fault of theirs. There is nowhere on earth and there may never be a time when an office like that of the National Chairman of a ruling political party will be an all-year-round Felicidad. That the Comrade was able to sail on that stormy ocean of the office for that long attests to his strength of character.

I do not, therefore, think that the treachery and disrespect that came with the way and manner he was removed from office will hurt him as much as many of his foes would wish it did. Today might seem harsh and unkind to him, but he has no reason not to be thankful to God for the opportunity to serve his party and the nation in the capacity he did. Like the late Gamaliel Onosode once told me, whenever he was asked to leave the chair of a boardroom, he left the house.

The Comrade has done his bit for the APC and I can state that no matter what today may say about him, history will judge him favourably. It is in that spirit that I commend his courage to let the party be, and not to contest his illegal removal from office. Be that as it may, I would urge the APC and all political stakeholders to ensure that they appeal against the rulings that provided the excuse for his removal; for, as a saying goes, if the cane that was used to flog a mad man is not thrown away, it could be used to flog a sane man.

Think of a curious scenario whereby a person sponsored by a party that won a presidential election was the one who had been expelled from the party by his ward. By the reasoning of the ruling in Oshiomhole’s case and its affirmation by the Court of Appeal, that party’s candidate would be disqualified for failing to be a member of the party that sponsored him, because one of the constitutional requirements for his qualification for election to the office of President is that he is a member of the political party that sponsored him. I think I have spoken too much. May you be pleased.