We Will Get There 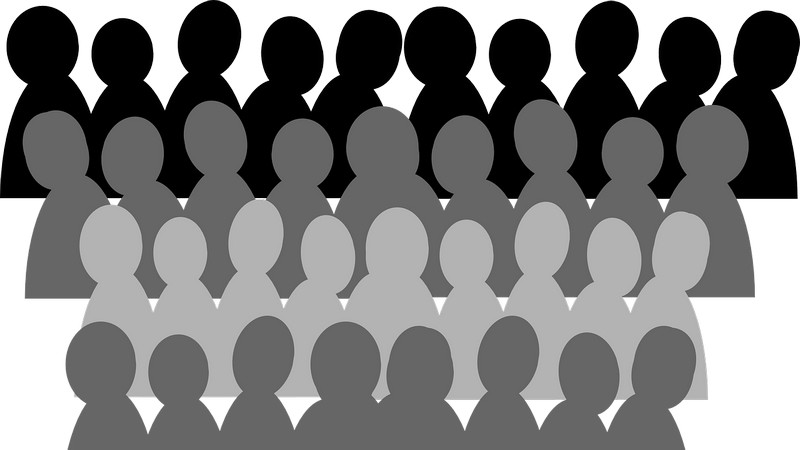 The most popular definition of democracy was given by the 16th President of the U.S.A. during the Gettysburg Address; to date it is one of the most iconic statements ever made by man.

Nigeria began another democratic journey in 1999 after a long standing military experience, many people fought to enthrone democratic government; others lost their lives in the process.

In the last 17 years, can we say we are satisfied with the experience across the nation? No doubt, Nigeria the hope of black Africa is in a recession. Many of the 36states that make up the federation are broke, we are in peculiar times, we need good thinking to navigate the rivers of economic cataclysm that we have found ourselves.

The F.G. seems to be working assiduously to lead the nation out of the doldrums but can we say the same of the 36 state Governors? Many of these Governors have turned into emperors in their various states, it is easier to book an appointment to see the President of Nigeria than to see some state Governors, they are just in charge doing nothing. All they do is to funnel the state resources into their individual bank accounts at home and abroad. These Governors dictate the House of Assembly decisions, some control the N.A. members representing their states and plot on which of their most loyal handbags will take over from them after the 8 year tenure.

Many of the states are owing workers salary while the governors and their collaborators are living in luxury and ostentatiously. They hire jets to move across the nation regularly, spend lavishly on projects that do not have any positive impact on the lives of their citizens or how else can we explain a state like Osun that has been paying half salary to workers for over a year contemplating to construct an airport. Who will use the airport when constructed?

Apparently, most of these Governors do not understand basic economics and needs to study more on public administration. Civil servants are the engine room of government, no matter how beautiful your ideas are, you need civil servants to develop it into a master plan, interpret it to the public and make it a reality. No matter how beautiful the mega- schools you construct or how expensive the Opon- Imo you design for students, you need teachers.

If the F.G. is striving to bring the economy of the nation back on track and we have a few wicked governors who will not pay workers and teachers, there is a problem. Apart from Lagos and may be Rivers State, I do not think there is another state in Nigeria that can survive without the civil service economy. When states refuse to pay workers, the common man on the street suffers.

When these Governors give the excuse that they cannot pay because of the dwindling allocation from the F.G., I begin to wonder why we need a Governor in a state if all he is thinking about is the monthly allocation and borrowing, the various Accountant Generals will do a better job. Governors are Chief Executive’s of their states; they are elected to proffer solutions and not to keep broadcasting the problems. Every state in Nigeria is viable if and only if we have thinking people in our government houses.

I believe the most important job role of a Governor is to provide security, law and order in the state, the next is to think about means of generating I.G.R. for the state without appointing tax marshals to run after market women and panel-beaters on the streets.

As we progress in our democratic journey, one of the most important questions that we will need to ask whoever is contesting for the office of a Governor of any state in Nigeria is how he will raise revenue and reduce the heavy reliance on F.G. allocation. How do we reduce over- head without affecting basic workers salary? How do we cut off security vote, pilgrimage to holy land, lavish state house expenses?

The Presidential system allocates profound powers to the office of the Governor of a state; we need to make sure that only the best is elected into that office across the nation, men who will use those powers effectively for the development of the state. We need men who will proffer solutions to the challenges of the various states, men who will be accountable and transparent in their spending. We need Governors who will not borrow on projects that will not generate income.

We should begin to send a strong signal to political god- fathers through our votes that those days are over. Anyone without an action plan on what to do and how to go about it in four years does not deserve to be in government house, no matter the party affiliation.

Individuals with great ideas on how to turn the fortunes of the various states should start joining political parties and make their plans known to the public. The social media has made things easier. Leaders are meant to serve us not to milk us. We need a master plan on what you will do in four years and how you will raise resources to accomplish the vision without hurting the citizens “only then can the government of the people, by the people, for the people, shall not perish in Nigeria”.