I am on board the Virgin Bombardier Eco-6 train that runs a daily route from Kaduna to Abuja. This high-speed rail service has allowed people like me the luxury of living in Kaduna while Abuja remains the money spinner. It’s a 40 minutes ride, breakfast is served, and as you approach Abuja, you begin to see the trappings of its exclusivity and now famous status as Africa’s preferred tourist destination.

The once prominent features of the city are today dwarfed by the Millennium tower, the HSBC Bank building, the Burj-Abuja tower and the 165 meter “Eye on Abuja” wheel which belittles ‘The London Eye’ and has a capacity of 1,225 people. The city has effectively integrated its environment alongside the most modern infrastructure that gives visitors’ pleasure and the ease of transversing its districts. The city has changed much but it has not lost its calm and charm.

Large photo-voltaic panels adorn the plains around Gwagwa and the city’s waste management structure has been re-modified to help generate energy from waste. There is the UAC organic farm that supplies more than half the city’s fruit and vegetable supplies through a programme that employ’s locals. Abuja has grown beyond being a bureaucratic enclave built on petro-dollars, to a hub of tourism that serves as a link to other spots such as the Gurara falls, Kainji-lake National Park and the Kafanchan and Assop falls. This is all thanks to government’s railway revolution.

The Abuja carnival is now an internationally recognized event that plays host to troupes from Thailand and Rio de Janeiro. The heritage city showcases the diversity of Nigeria’s culture. Here one comes alive to what Abuja was before the Gbagyi people had to relocate. The Millennium Park still holds its splendor while the Giri pottery centre is now an international institution churning out potters yearly.

Along with the boom in tourism has come a boom in the service sector. International brand names have moved in en-masse; Walmart stores stands bold in central district where MacDonald’s and Starbucks have also setup shop. Shoprite, the South African brand has carved a niche in the new upscale property zone, Jabi. Calvin Klein, Giorgio Armani, Givenchy and Ralph Lauren shops now adorn the streets of Wuse 2. An efficient transport network, good sanitation and a business network, good sanitation and a business friendly clime has added the influx.

The hubris of what was once Mpape, Nyanya, Durumi and Karu are today well planned areas where infrastructure is in place and a government housing project of over 3000 low income housing units provide accommodation for the less affluent. This is Abuja in 2019, once encased in dirt, pollution, notorious traffic, aged infrastructure, poor maintenance of facilities, a corrupt workforce that distorted the city’s original plan and a government less concerned with aesthetics and conservation of both culture and the environment. Although most cities seem to develop by accident, for thousands of years some of them have been designed.

Tange Kenzo’s blend of the city scape has been subjected to change owing to the city’s changing needs and fashion. The integration of these needs and the importance of staying green through government’s sustainability drive, has further enhanced Abuja’s reputation as the best purpose built city in Africa and ultimately, the name: THE BIG GREEN! 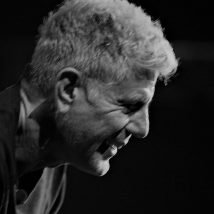