Pulpit sermons are sending out Pentecostal rebuke. Bull headed pastors are not just being bulshie but shrewd and accurate observers of our children fall from grace. The 21st century continues to unfurl strange enigma, bloody shock and unseen decadence. It has proved its unmistakable and undisputable connection with Gomorrah’s depravity from all angles. Even Pastor Adeboye has also joined the conversation. He bemoaned the dearth and death of virginity among our daughters in his classic Open Heavens daily devotional.

Welcome to a world of moral somersault. A sure end of the times season is here. There is now a cooling down of the old rebuke from parents on errant kids who are demanding peremptory privilege and rights from fathers and mothers who believe in moral liberalism. Quality kids are becoming extinct. A virgin is seen as abnormal. It is now near impossible for our daughters to cling to their virginity until that blissful night of nights on a scented matrimonial bed. We are no longer ready to wait and be patient for the commandments of God to be fulfilled. No, our children want to join the immoral majority across the road and announce to the world their fall from honour.

Being smart is ascribed to having multiple sex partners. This is warped thinking of the illogical kind. Television adverts, US imports, Nollywood films, beauty pageants, glossy magazines parade bosomy ladies in short skirts and high heels to quicken men’s libido and encourage instant sexual fantasy. Pastor Agu Irukwu of Jesus House, Brent Cross in London bounced on the podium in his usual boisterous manner. He surveyed his smart, high achieving and cosmopolitan flock. Agu cocked his head aside and demanded silence. Graveyard silence fell on the church just as Holy Spirit fell on the Apostles on the Day of Pentecost. The atmosphere was thick with foreboding. Soberly, Agu confessed a troubling, internal moral affliction.

Agu is abrasive, hard-hitting and bullshitting in his fiery biblically-based sermons. His teeming mass of worshippers is the boldest testament to his popularity. What are his earthly woes? He confessed that his own first son wears saggy trouser at home. The graveyard silence was punctuated by a simultaneous, rapturous and noisy laughter. Agu is an observer of emotion. The laughter pained his pastoral and Pentecostal sensibilities. Agu saw in the laughter a subversion of norms. He saw in the rapturous mirth, the death of old world Christian ethics and Godly living even among the ranks of cloistered pastors’ children.

Our society is opened to all kinds of social evils exported from the West. Saggy trouser is one. It is a symbol of popular culture deceit. Saggy trouser is a social symbol of societal rebellion and non-conformity. It originated in the deprived, dark alleyway of Black sink estates in the US. It mimicked the out-sized, no-belt prison trouser given to inmates of America’s notorious prisons. Naturally such trouser must sag and expose part of the bum. It is a rod of humiliation for all prison inmates regardless of race. It is a cruel badge of dishonour.

To compliment the anti-social, non-conformity of a saggy trouser is the deck walk which demands that one has to sashay to the left and to the right like someone on the deck of a floating boat. The counter culture of saggy trouser, in spite of its ugly prison origin, has now gone borderless in its popular embrace. Holidaying teenage Kuwaitis, Indonesians, Indians, Iranians, Chinese and Fijians despite their cultural rootedness are all ready embracers of saggy trouser. It is the new, anti-social, rebellious, counter cultural social emblem beloved of a degenerative and dying century.

The forces of change, compromise and competition are forcing a disturbing accommodation, especially among the Pentecostal fold, of quietism as opposed to the morality of the First century. Soft-bodied, pouting, singing birds in the choir groups now challenge church decorum and thrill worshippers with heaving, exposed boobs to the amorous delight of the fantasists clapping and making whispering noises. Yes, in the church! 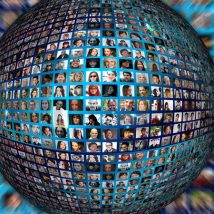