African Diasporas And The Relocation Challenge

Africa is once again on the agenda of the global community, there appear to be shared concerns amongst the developed countries and the developing (African) countries that critical initiatives are needed to tackle some of the problems which have continued to plague the continent and retard her progress, these issues have been identified by several commentators to include unemployment, poor infrastructural development, corruption, indiscipline, poverty, and mass migration. The later has led to what is now known as the brain drain syndrome.

All over Africa, several socio-economic reforms are currently being sponsored and implemented by donor and aid agencies, Non-governmental organisations (NGOs) and also by Africans themselves in collaboration with their respective governments, with the intentions of moving the continent forward. This has also led to the call to Africans in the diaspora, who are expected to spearhead the continent’s renaissance to retrace their steps and come back home to invest their skills and resources in the development of the continent.

The importance of the diasporas in African renaissance could be seen in their strength as well as resources. Using Nigeria as an example, Rena Singer of the American Christian Science Monitor (February 26, 2002 edition) estimates that 15 million Nigerians (more than 1 in 10 Nigerians) live abroad, these figures are validated by other sources such as Africa Action which claimed recently that as many as 15 million Nigerians live outside the country, in neighbouring countries and across the African continent, in Britain and throughout the Commonwealth, in other European countries, and in many Asian countries as well.

The Migrations and Development Report from the International Development Select Committee (UK) estimates that over $300 Billion was sent from developed to developing countries in 2003 by diasporas living in the developed countries. Global remittance, the report maintains is growing faster than official development assistance from the developed countries, is the second largest source of external funding for developing countries behind Foreign Direct Investment (FDI), and also accounts for as much as 27% of the GDP for some African countries. The report also says that global remittance accounts for 5% of GDP in Nigeria with a predicted increase in the coming years. A U.S government official recently claimed that Nigerian diasporas remit back to Nigeria the sum of $12 billion annually, while other sources claim that Nigerians send a total of $5Billion annually through the official channels of the Western Union and other financial institutions.

Therefore, the importance of diasporas to Africa’s renaissance can not be overemphasized. In arecent conversation, a few diasporas of African descent share their views and plans of taking up the relocation challenge.

“At the moment, I have no immediate plans of relocating back to Cameroon; I am self-employed and can’t see myself throwing away the business I have managed to set up to go back to an uncertain future in Cameroon. It is always a nice idea to explore other opportunities back home because home is always the best, but the political situation in Cameroon is not encouraging. Look at Paul Biya, he has been the President now for 25 years and has refused to go, even when he eventually leaves, his party (CPDM) would still continue and it will be business as usual. Heeding the call to come home and invest is good but one has to be realistic about it”.

“I share the views of majority of Congolese people that President Joseph Kabila of the Democratic Republic of Congo was not duly elected by the people, he fixed the election results. He is a part of the problem, although it may be early days yet to judge his government but I don’t think that I will be in a hurry to relocate back to DRC just yet. While it sounds like the best thing to do but security of lives and investments is still a major issue. Let Kabila introduce order and peace in the country and then Congolese people like me in the diaspora may consider the idea”. 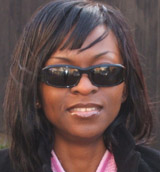 “I miss home and love to go back to Nigeria eventually to practice but I don’t think I’m quite ready yet. I’m still undergoing some professional training here in the UK; such opportunities may not be readily available to me in Nigeria. Again before one even considers any such calls to go back home, The Nigerian government should restore back the integrity of the medical and health sector, they should leave politics out of health care. Poor funding, meagre remunerations packages and lack of maintenance culture have been the bane of the sector; these issues still need to be looked at by the Nigeria government”. 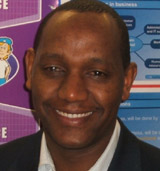 “I plan to go back to Kenya when I am 37 years – that is in six years time. During this time I hope to have completed my PhD in development finance as I want to go back and work for the public service and possibly in the finance and planning ministry, the treasury ministry or at the education ministry. I may also become a university lecturer. I hope to have substantial savings by then as I want to lead a modest life without resorting to corruption of any kind as this is a major problem bedevilling my beloved country Kenya. I believe that even with the difficulties and challenges, Africa still needs us more than ever, and there’s no point going back to retire in my 50s or 60s

when I am no longer productive and become a burden to the society that so painfully nurtured me. I can’t wait for the years to go by so that I can go back home”.

“The opportunities are becoming less for people of colour in this country (United Kingdom); the EU enlargement means that Africans and other people of colour are falling behind in the pecking order of employment as people of a fairer (white) skin colour are more advantaged. The desire and urge to go back to Grenada is huge at the moment, I have every intention of going back to my homeland on the completion of my doctoral studies. I will return to my country and give something back through 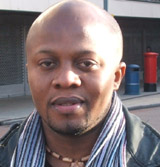 “I am studying in Belgium at the moment; however the conditions of African immigrants living in that country are deteriorating every day. We are discriminated against in housing, employment and even in education. You will be amazed that Belgian schools and universities discriminate against Africans who are finding it increasingly difficult to be enrolled. Definitely my wish is to go back to Congo (DRC) eventually although that is another issue as there are even less opportunities there, I don’t even know what my fate would be and what the future would hold for me if I was to decide today to go back”. 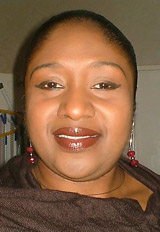 “I am actually looking forward to relocating back to Nigeria, i believe that there is a lot of work to be done do to improve our country. Having lived in a developed country for a long time and been privileged to travel around, i have been opportuned to see how things work and have acquired a lot of skills and knowledge that i believe I can transfer to our people. I want to be one of the people that would make that change in Nigeria. I appreciate the fact that some the ideas I have for Nigeria and Africa at the moment require funding but i am working on it”.