People have moved from place to place throughout the ages. Historians will tell you most countries in the world are really composed of immigrants. When people wake up one morning suddenly infused with a reason to move on, no law, wall or chain can keep them back. Once that fire has been ignited, it becomes powered by will – and you and I know nothing on this known Earth can stand in the way of the human spirit.

This migration is not about to cease anytime soon. The reasons for moving never seem to cease: Intra-country insecurity, socio-economic aspirations, governmental excesses or just good old adventurism. Yes, people even leave countries that seemingly have everything to go chase inexplicable dreams in faraway places. But that’s why people are people. You can’t always deduce why they do the things they do.

During the mindless reign of soldiers across Africa, many who dared to speak up were hounded until they fled to more accommodating climes. It used to be a game of hide and seek between Nobel Laureate Professor Wole Soyinka and the Nigerian military. He had perfected the art of eluding them and getting out of the country. From his days at the University of Ife, Soyinka had always known how to enter via one route and exit another.

Nigerians are just another group of people who continue to have reasons to scour the world. (To rephrase a popular anecdote, if you go anywhere in the world and you don’t find a Nigerian living there, run for your life!) A lucky few had their official invitation and a Residency Permit (aka the Green Card) waiting to be picked up. Some hitched their wagon to the star of a faraway husband or wife or personality who had enough clout to invest that wagon with wings. Still, others, often described as desperate, unscrupulous, whatever, sat down to hold meetings with strange people in strange places at often strange hours to map out routes that would take them through the farthest reaches of the Earth before slipping into America. Vast pages have been written about the tears shed, hearts broken and dreams dashed at embassies in Nigeria where people are thrust daily into the den of mostly pompous, prickly and impatient officials.

What influences the destination of choice? Family, friends, tales…In the case of America, there is the ceaseless invitation. No nation calls the world like America. In movies, music, fashion, books, lifestyles, attitudes, stories (real and hyperbolic), America calls the world. America calls by selling itself as the Promised Land, a place where you always have Hope (slim as that may be sometimes) and there’s always another rung on the ladder to reach for. America calls and the world listens. America swaggers like Sylvester Stallone in Cobra and the psyche of the world is perpetually tuned to the frequency of heroes. And so Nigeria comes to America! The whole wide world comes to America!

The vast majority that arrive the shores of America come to stay. Others come with the hope of returning home after making a little money, but cross a pool of quicksand with a wormhole and what you’ll get is the great American system. It sucks! It grabs you by the nuts and never lets go! The moment you’re responsible for basic needs like shelter, food, clothing according to the seasons and some leftover dollars to Moneygram to a mother in the motherland, you don’t have anything left to save. And if you can’t stash away enough money to take back to start that business back home, you get tempted to stay a while longer. You’re caught in the rat race, friend. It’s an American ploy to keep you feeding the economy machine!

People don’t just say goodbye to their country, faces they know, familiar streets and ways. In the ’60s through the early ’80s, Nigerians largely traveled abroad for educational reasons. The economy was riding the waves of the Oil Boom and our people knew to return home to partake of the glorious wealth. Then, some of the seeds of discontent that had been sown began to sprout fruits of corruption and disillusionment and hunger, and going back home wasn’t such a sweet swan song to the new corps of “been tos.” Put mildly, we became immigrants. In the extreme scenarios, we became exiles and economic or political refugees.

Great things happen to a people who cross borders into another world. In most cases, however, the great things only surface after so much water has passed under the bridge. What is the worst thing about relocating to another country? Could it be the idea of digging yourself up from the roots to transplant on strange soil, hoping the climate will suit you? How about the sudden disappearance of familiarity, everything you’ve known and taken for granted all your life is so abruptly yanked away and replaced with scenes from a Hollywood movie? Is anything worse than voluntarily mutilating your own name in the hope of making it fairly pronounceable for people who end up mispronouncing it anyway! Or a man whose skills do not transfer as smoothly as those of his wife’s, and the proud creature who has walked tall all his life because he provided for his family is now the nanny while his wife earns bread? The respected medical doctor of many years of practice back home who comes here to star t selling gas at a filling station in perpetual pursuit of either the right papers or the passing of some examination. Many of us come here to start from scratch. I mean the very beginning. It’s like you never went to school back home and your degrees and professional experience mean zilch. It’s a whole new ball game. So, aside of dealing with the culture shock, over-rich food, incredibly merciless weather, etc, you also have to contend with boot strapping…

Has it been worth it?

I am walking the edge here and this could easily be misunderstood. But it is no joke! And I am not making fun of anyone. Like you all, I live in America. As enlightened as I thought I was and certainly most doubting of the streets paved with gold stories bandied around in some circles back home, I was still caught in the vortex of re-orientation and culture shock. All my skills and talents couldn’t immediately prevent me from stumbling and feeling the initial frustration, but the lessons of wading through the murky waters of life in Lagos eventually guided my feet to the right pathways. What’s your story?

We have all had the occasional dark day when we regretted ever selling the company and the car (and the house) to relocate to this occasionally confounding country. I’m not addressing that fleeting moment here. Look at the bigger picture. Where were you a while ago? Where are you now? Where do you hope to be in a little while…Even in the heart of a personalised hell, you may have intimations of the joys of heaven. Has it all been worth it? Have you ever sat down once to ask yourself that question? Or have you danced around it furtively in your mind, hoping it would go away by itself if you ignored it long enough? Have you found the things you traveled thousands of miles to find in this country? Or are you still seeking? Is every moment worth what you’ve been through to be were you are today?

I’m talking to you who are more than comfortable and thanking the heavens for taking you out of Nigeria. I’m talking to you who narrowly escaped the assassin’s bullets and didn’t have much of a choice. I’m talking to the die-hard patriots who are here now and can’t seem to understand why they jumped ship. The choice you made about coming to America, would you say today you made the right decision? If you had the decision to make all over, would you walk the same road?

Some of the things our people go through, does the end truly justify the means? When we buy the house and car and get the great job, does it ever make up for the things we miss, the colors and tongues and diversity? Those who resorted to traveling and living under assumed ids, can you say it’s been worth it?

Some of us say “I’m doing this for my children, their future…” But we all know no repressive society can keep down a child destined for greatness. The kids could have been fine in Nigeria. At least they wouldn’t be exposed today to the perpetual danger of a classmate going on rampage with a sub-machine gun. I have friends who plan to send there kids home for their secondary school, which means in spite of our travails back home, we still cherish aspects of our education and the discipline in schools where God is a factor. But those who remain here, what world of cultural confusion are we bringing them into? Who will they be?

There’s always home, right? That is the last bastion of all travelers. My people say, “if it becomes impossible to advance, it is not impossible to retrace our steps.” And Stephen King says, “Home is where they’ll always let you in.” The traveler can always go back home, right? But that is the fate of all immigrants, isn’t it? To constantly long for home even when it’s nothing but a blur. Are we not lost forever, unable to return home because home cannot live up to our newly discovered expectations, and unwilling to become Americans because we thump our chest proudly that we are Nigerians and proud? What is the future of Nigerian presence in America? Granted, we haven’t been here long enough, but we have sunk our anchors deep enough to begin to impact collectively on our community? What have we done?

This conversation is only brought up at small gatherings with giggles to cushion the gravity of how bitterly the new shoes pinched some feet before they expanded and softened. Still, there is an answer, right? For you personally, has it been worth the effort? Use a false name if you fancy. Tell me you don’t want your reaction published. Whatever you went through, mild or extreme, to get where you are today, would you go through it again? Leaving home and coming to America…has it been worth it? 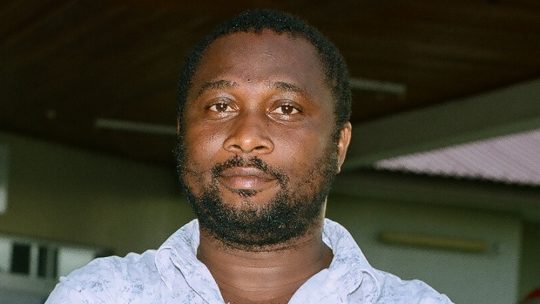 Nollywood is a Revelation – Azubuike Erinugha

It is not uncommon to see Nigerians and Africans resident abroad flying back home to shoot a movie. This is just one of the great ripple effects of... 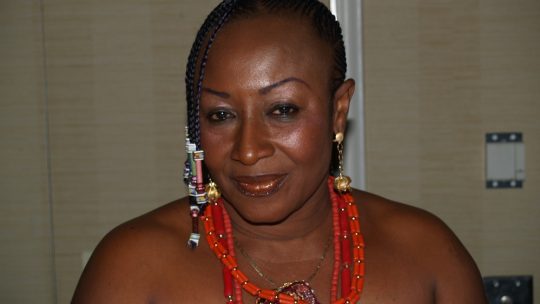 Patience Ozokwor on Life in the Refugee Camp: We saw people die…

I prepped for this interview like I was going to war. I had read many of the interviews she had granted over the years and felt there were several...