What Immigrants from Africa and their Children do for America 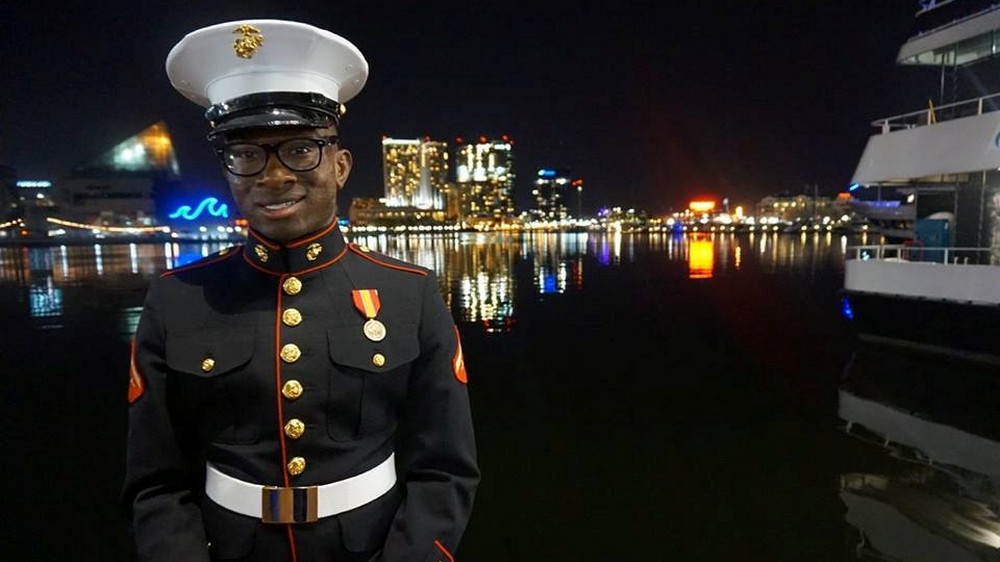 E pluribus unum, means “out of many, one.”

This is my young cousin. His parents are immigrants from Nigeria. As you can see from the photo, he serves in the U.S. military, as a U.S. Marine. However, he is also a Chemical Engineering major. He was born in the United States and had won a scholarship to study, and so he did not have to go into the military. But he said serving in the American military is one of those things he wants to do. His older sister is graduating as a Mechanical Engineer this year.

Their mother had received her green card, and earned a law degree. But after becoming a lawyer, she could not get a job, and was told that she would not be able to work as a lawyer because of her accent. Undaunted, she started from scratch again, by returning to school to study in a field she heard Africans were less likely to be discriminated in – Nursing. She went on to earn a Masters degree in Nursing as well. As she garnered all these degrees, while working and raising her children, she said she worked hard trying to do the impossible, for her children to see a path: so that they never feel defeated, and they know the American dream is for them, too.

It is examples like hers – of the indomitable spirit of the Nigerian immigrant – that have made Nigerian-Americans the most educated ethnic group in America, according to the U.S. Census Bureau.

It is ironic that my aunt was told she would not practice law with her law degree, because she had “an accent” since I am also in law school, and I have “an accent” as well. But I have been through that whole “they’re not going to hire you because, you’re X, Y or Z” before. After I graduated with my MBA in Accounting, I didn’t get a job in Accounting initially, despite being invited for many interviews with elite firms, including PWC. So, I became a banker and financial advisor instead. But almost over a decade after I earned my degree in Accounting, a recruiter pulled up my resume and asked me, if I wanted to work as an Accountant. I was ecstatic: I finally worked as a Staff Accountant and an Auditor in global companies, over ten years after I got my Accounting degree. (By the way, the recruiter was a white woman, and she was one of the nicest people I had met; she did a lot for my accounting and finance career.)

It was a personal victory, because while I was working and paying my way through school to earn my Accounting degree, I was offered a permanent job to manage the small firm, where I had done my internship. I remember a colleague, who was black asked me, “why don’t you save your money, and quit college, while you have this job now. Aren’t you going to college, to get a job? You know you won’t get a job with the degree, after you graduate, so why don’t you quit now that you have a job?” Hmm, when last did an employer suggest that they would not hire black accountants? One of Donald Trump’s former colleagues claimed, he said,
“Black guys counting my money! I hate it. The only kind of people I want counting my money are little short guys that wear yarmulkes every day.”

That is the harsh reality many black men face, and a reason they are discouraged from going to college. Because after overcoming the challenge and cost of earning a university degree in America, they soon discover, they are discriminated against in hiring practices—despite anti-discrimination laws. I once knew a Nigerian-American, who changed her name, so it would not appear African, as she preferred an Asian sounding name. She feared that clients would not want to engage with someone of African descent. She had graduated from Harvard Law School, and despite scoring in the 92nd percentile of the New York bar, and getting hired in a white shoe law firm (one of the most prestigious law firms in the world), she still feared discrimination from clients. So, she refused to include her photo on the company website, hoping clients would assume she was an Asian-American male and choose to work with her.

I remember after my graduation, and I had moved to Washington, DC over a decade ago, and a Nigerian friend congratulated me, because I had irrepressibly acquired several degrees. He said many other immigrants had tried discouraging him from going to school, telling him to settle for a life as a cab-driver instead, being an immigrant. He did work as a cab driver, but he went to school as well. Although he was not certain that he would get a job with his degree, he continued to spend his hard-earned money on his education.

But we Nigerians love knowledge: people who study our languages or customs soon understand this. Our ancient (Yoruba) ancestors hid knowledge of the world in our languages and our customs. I was impressed to discover that our oral tradition was recently inducted as a world heritage in the United Nations Educational, Scientific and Cultural Organization (UNESCO), as there is a new emphasis in studying the misrepresented, misunderstood and unknown culture and heritage of Africans. This emphasis gained momentum in the ’90s, after it was discovered that the largest ever made earthworks in the world, was sitting right there in Nigeria. It was an ancient rampart and had escaped the attention of adventurers during colonialism. (By the way guess, which American President, recently withdrew the United States from UNESCO – which is now celebrating and acknowledging African knowledge systems? The controversial one, who called Haiti and African nations ****holes.)

European historians immediately called for a reassessment of West African history. A lot that had been recorded was based on prejudice, ignorance, misunderstanding, and spurious information that was an apology for slavery and colonialism.

My uncle, a professor of finance at Howard University, soon started revealing the ancient Yoruba affinity with Mathematics to me. I smiled when Anderson Cooper had mentioned that he had been taught Mathematics by a Haitian. A reference was made to how Haitians are good in Math. lol. My friends from Haiti never forget that they are Africans. They do not distinguish themselves from Africans, and are quick to tell you where their African ancestors are from – Benin, they often say. The Republic of Benin in West Africa, has the second largest population of Yorubas in Africa, after Nigeria. From DNA studies, most Haitians are descendants of Yorubas.

In May 2016, a video went viral. It showed Haitian immigrant, Second Lt. Alix Idrache, weeping on the day of his graduation from West Point. His indomitable spirit and hard work, helped him graduate at the top of his class, as he showed an affinity for Mathematics, with a degree in Physics. Like my cousin, he honorably serves America and Americans, in the United States military. These are Haitians and African immigrants and their children. I have learned the necessity of telling our own stories, instead of enabling misguided bigots to seize the narrative – a false narrative that misrepresents us, as a people and threatens our uniqueness, as individuals.